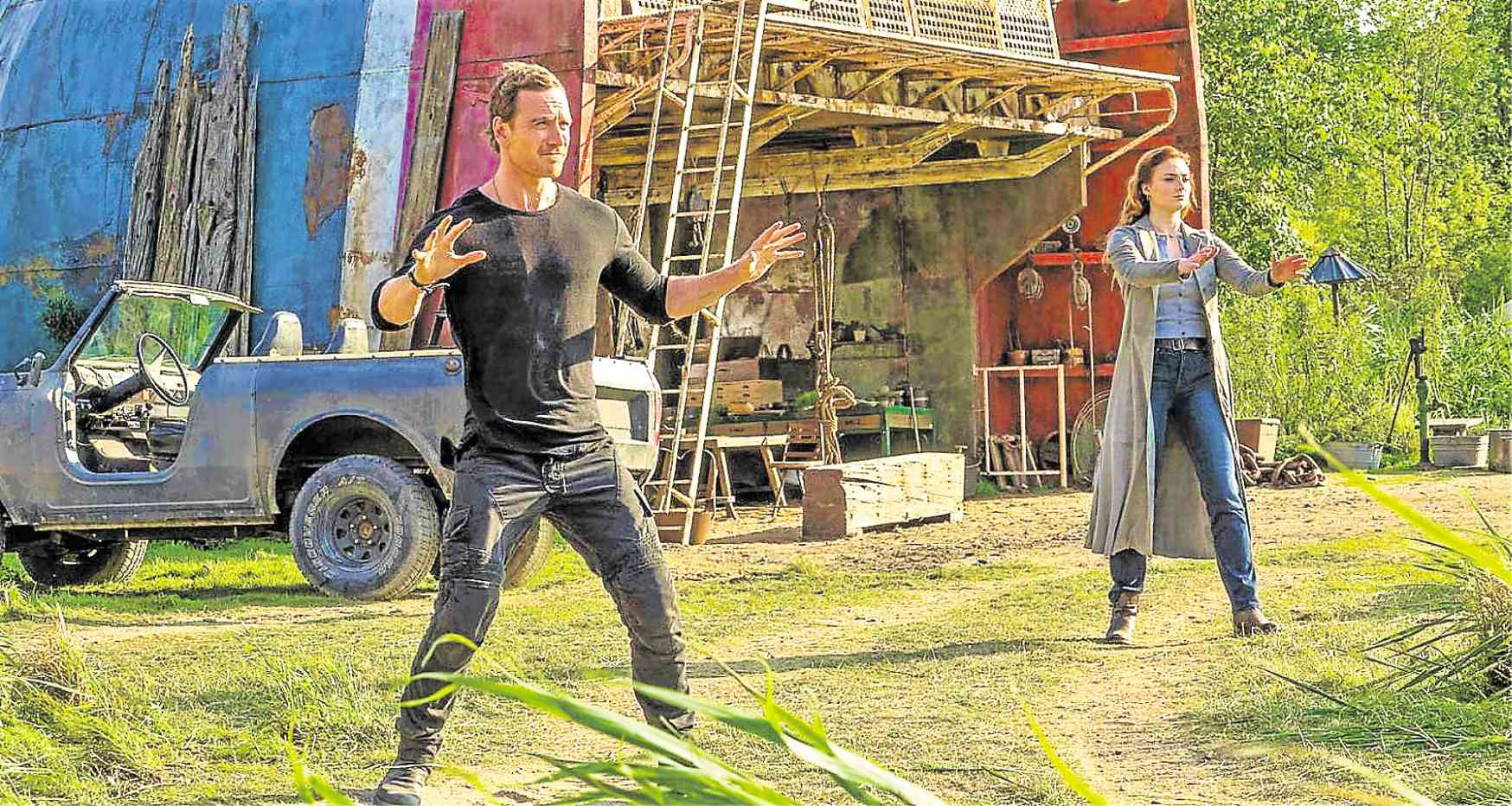 LOS ANGELES—“It was Sophie Turner who really impressed me in this movie. Obviously, it’s her movie,” Michael Fassbender gushed about the “Game of Thrones” actress who has the title role in “Dark Phoenix.”

In the final “X-Men” film of the Fox era (since Disney has bought the studio), Sophie, who made her mark as Sansa Stark in the just concluded “Game of Thrones” series, also makes an impact as Jean Grey/Phoenix.

Sophie’s character—created by Stan Lee and Jack Kirby—who was born with telepathic and telekinetic powers, begins to harness these powers that transform her into a Dark Phoenix. The X-Men will have to decide if the life of a team member, Jean Grey, is worth more than the people living on earth.

Michael, looking jaunty in a white newsboy cap, white crew neck sweater and dark jeans at the Mandarin Oriental Hyde Park in London, was cheerful, as usual. After enjoying a break from making one film after another (and always turning in a fine performance), the Irish-German actor is back again before the cameras.

The Oscar and Golden Globe Awards nominee will star with Arnold Schwarzenegger in the action-comedy, “Kung Fury 2.” He is also in talks to act opposite Peter Dinklage and Jamie Foxx in actor-director Mel Gibson’s remake of Sam Peckinpah’s 1969 classic, “The Wild Bunch.”

Married to actress Alicia Vikander since 2017, Michael has been living in Lisbon, Portugal.

The acting talent pool in this movie is impressive. It was Sophie Turner who really impressed me in this movie. Obviously, it’s her movie. Her Jean Grey is the antagonist and the protagonist. Everybody orbits around her. I was impressed by how well-prepared she was.

With these films, you shoot them over a long period of time, do a lot of takes, and she had to do very emotional scenes where she’s battling herself and struggling. She’s vulnerable and then she’s very powerful. She delivered, take after take. I didn’t get to do much with her in “Apocalypse.”

But (in “Dark Phoenix”), I was blown away with how technically proficient she was and, at the same time, how she had a great emotional recall. To do the two at the same time is not easy. I can do that, maybe hit it two to three takes, but she was doing it like 15 to 20 takes, because of all the different camera setups and different angles. 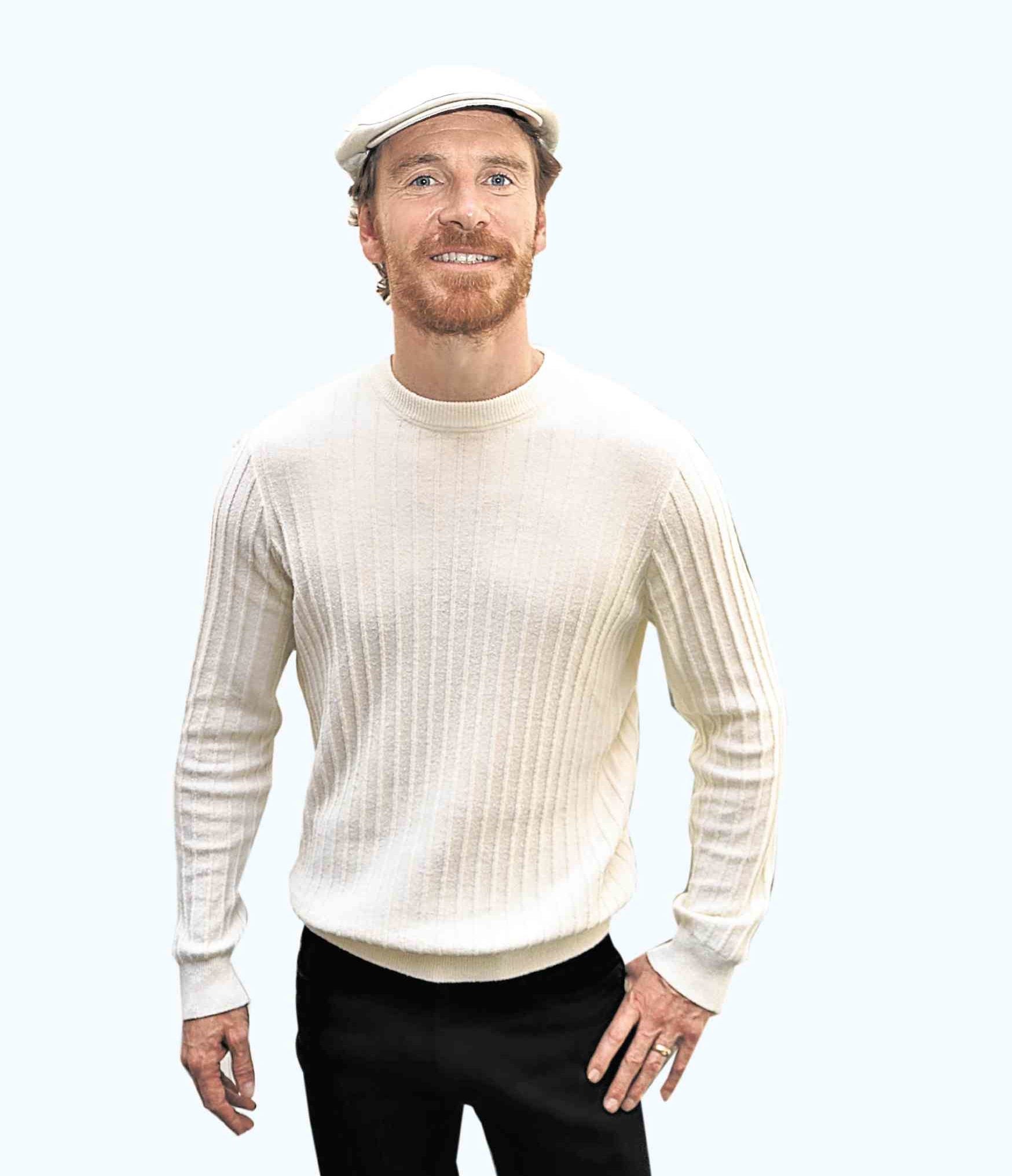 The movie poster showing your character, Erik Lehnsherr/Magneto, states, “Every hero has a dark side.” Oh yeah, that’s true (laughs).

What is your dark side? There it is (laughs). You get to see it in Erik Lehnsherr. I would rather leave that to what’s on the screen. I feel I am a pretty light person, to be honest. I feel like I am in a very privileged position in life and I try and enjoy life to the fullest. So yes, there were times when I would get depressed or, like anybody, you have slumps and fall.

But for the most part, I feel like I am a pretty light person. It’s interesting that I have played a lot of dark characters. Maybe there’s something in that. I don’t know if a lot of comedians have a lot of dark personalities. Maybe it’s a flip side.

How much do you still enjoy all the physical demands of being in these “X-Men” movies? I’ve definitely done more physical stuff, stunt-wise, in films other than “X-Men.” I don’t have to do that much physical stuff. But on the cable stuff, I am not a big fan of wires. As I get older, I feel I am developing more … a fear of heights. So when you get hoisted up in the wires, it’s good to just blank your mind of anything. That’s why I always have the same expression when I am in the air (laughs).

I am trying to not think about what happens if these wires snap and I crash and hit the ground. It’s like, is that two broken legs if I go down here? But obviously, you are working with the best people, and they are not going to drop you.

The important thing for me in the helicopter scene was to show the power of Jean. So when she starts manipulating the helicopter, it’s like she’s holding a cup of tea. Magneto is putting all his energy to counterbalance what she’s doing—really showing what a force she is. Because at that point, Magneto is a pretty powerful mutant. And so that was just me trying to sell that.

You were quoted as saying that Alicia is stronger than you because of her fight training for roles and all that. Yeah, women in general have more stamina and higher pain threshold. We know about their ability to give birth. But yeah, Alicia is pretty formidable. Obviously, I can lift heavier weights, but the ferociousness in which she attacks exercise … There’s an app called the Sweat, which used to be called the Bikini Body app, which she introduced me to a few years ago (laughs).

Alicia was like, “Have you heard of this app?” I was like, “No, of course, I hadn’t heard of the Bikini Body app.” She was like, “Do you want to try it?” I said, “Sure, I’ll give it a go. How hard can it be?” And it’s hard. It’s this girl Kayla Itsines. We do this thing (fitness routine) together, and she usually flies through it.