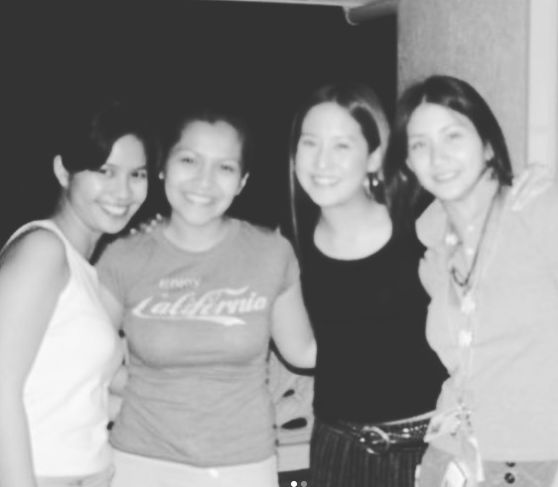 Although Carol Banawa’s career as a singer has been set aside, with her now living a peaceful life in the United States with her family, she confessed that she still misses her friends in the showbiz industry.

The former singer reminisced on her celebrity days, sharing throwback photos of herself with Jolina Magdangal, Kaye Abad, Nikki Valdez and Rica Peralejo in an Instagram post last night, June 2.

The former singer is currently a licensed nurse in the U.S. where she resides with her husband and children.

Banawa may have taken on a different career path but she remains grateful to her home network ABS-CBN, greeting it on its 65th anniversary via Instagram, last May 23. JB

LOOK: Rica Peralejo gears up for last trimester of pregnancy