In 'Always Be My Maybe', ethnicity is secondary | Inquirer Entertainment

In Asian-led ‘Always Be My Maybe’, ethnicity is secondary 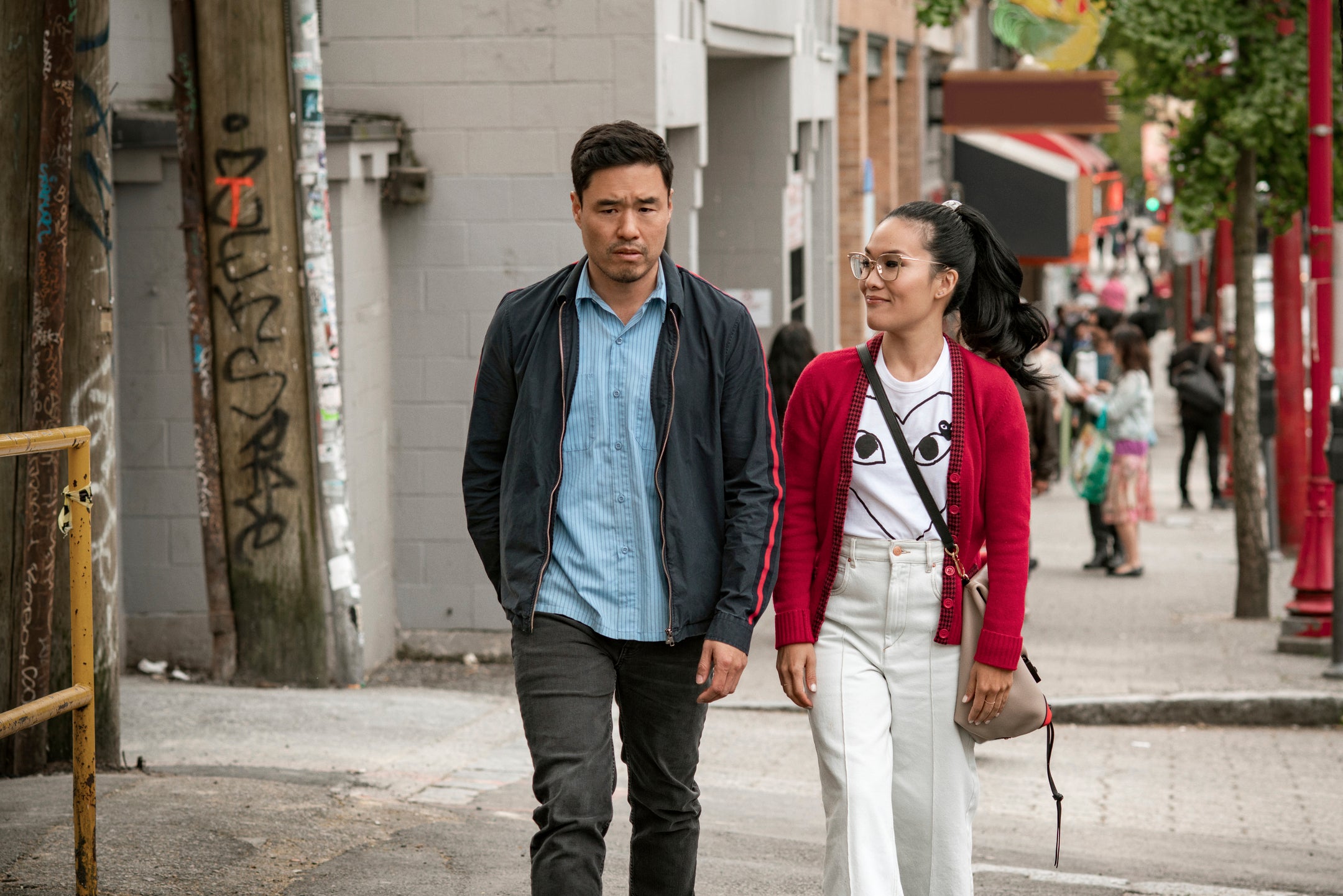 Randall Park and Ali Wong in a scene from the movie “Always Be My Maybe”. Image: Netflix via AP

The newly released Netflix movie “Always Be My Maybe” is an Asian American rom-com with a twist — ethnicity is not central to the plot.

It is just stand-up comedian and actress Ali Wong and “Fresh Off the Boat” actor Randall Park playing best friends and soul mates who happen to be Asian, which may be the most refreshing part of all.

“It was not the type of thing where we sat down and said before we wrote it. Like okay, we got to represent and make sure we are making the perfect Asian American movie,” Park told Associated Press. “It was more like let us make a really heartfelt and really funny romantic comedy, a movie that we would really love to see.'”

In the film, best friends Sasha (Wong) and Marcus (Park) who grew up next door to each other in San Francisco, lose touch after a night of passion. They are reunited 15 years later when Sasha, now a celebrity chef, temporarily moves back home to launch a new restaurant.

Meanwhile, Marcus works for his father’s air conditioning company while playing in a band. Despite both of them being in relationships and having opposite lifestyles, it is clear that their “more-than-friends” feelings are still there.

Like “Crazy Rich Asians”, the film showcases an all-Asian ensemble and it is romantic and funny. But that is where the similarities end.

Wong, Park and Michael Golamco, who met doing theater at the University of California, Los Angeles, in the late 1990s, co-wrote the screenplay that has more in common with “When Harry Met Sally” than “Crazy Rich Asians”.

While the cast is Asian American, there is no prominent East-meets-West culture clash storyline like in “Crazy Rich Asians”.

Park, who played a sweet-natured father of three on television series “Fresh Off the Boat”, has always wanted to play a romantic lead.

“I never really got afforded the chance by the industry so it was the type of thing well I guess I got to write it,” said Park who is Korean American.

First-time movie director Nahnatchka Khan, who is also the creator of “Fresh Off the Boat”, said it was thrilling to watch him embrace playing a romantic leading man.

“He just pulls off the emotion,” Khan said. “I think everybody has seen him be really funny in all of his TV and movie work. But to have him kind of carry this movie on his shoulders, you feel for him and you are rooting for him.”

Wong, who is Vietnamese and Chinese American, is courted by two other characters played by Keanu Reeves, who is part Chinese and Native Hawaiian, and Daniel Dae Kim who is Korean American. To see men of Asian descent playing the rivals is significant because those roles could have easily been cast with non-Asian American actors.

“What I find interesting about this particular film is that the three main romantic rivals, they are all playing different types of Asian American men,” said Keith Chow, creator of online pop culture website The Nerds of Color.

The characters are seen doing activities commonly associated with Asians, like eating dim sum or going to a Korean spa. But there are also subtler nods to Asian culture, like people taking off their shoes when they enter homes.

The filmmakers strived for authenticity, like using a working dim sum restaurant and its servers in a scene.

“It just made the experience even better,” Park said.

Unlike previous mainstream romantic comedies that take place in San Francisco, a lot of the bar and restaurant scenes have plenty of Asian extras in the background. That was something Khan was always conscious of.

“On the monitors, I would always look at each frame and just make sure the crowd felt real, it felt authentic,” Khan said.

It was also integral to Park in scenes where Marcus performs with his band Hello Peril. After college, he performed in a largely Asian American band like in the movie.

“Because of that, Asian Americans came to our shows,” Park said. “Just by nature, the community comes out to support and that is reflected in those scenes and in reality.”

Chow said he hopes the film will continue to normalize stories focused on Asians so that they are not seen as niche. And so Asian Americans will not feel the pressure that movies or TV shows have to be hits so that someone else’s project can get made.

“Give me the confidence of a mediocre white man,” said Chow, cribbing a popular tweet from writer Sarah Hagi.

“That is the dream you don’t have to make the greatest work of art of all time just to get on a network,” Chow added.

Park, whose TV show has been renewed for a sixth season, believes the window for opportunities for Asian-led stories has widened over the last few years.