Mezzo Isabel Leonard balances singing and being a mother

Isabel Leonard had just finished singing Sesto in Handel’s “Giulio Cesare” in Paris and was taking a few days off with her eight-month-old son Teo when her manager’s office contacted her and asked whether she was on a plane back to the United States. 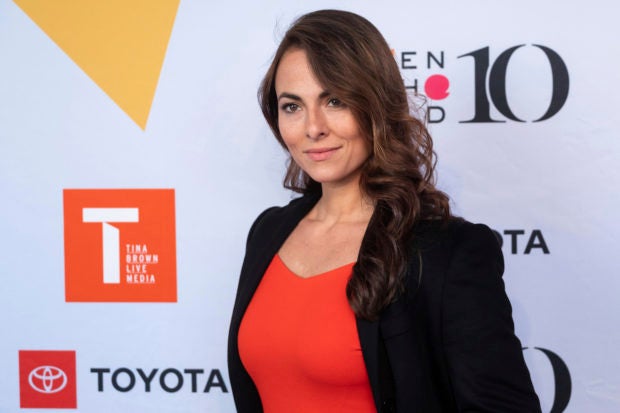 That was good news for the Vienna State Opera. The performer scheduled to play Cherubino had gotten sick, and the company wanted the mezzo-soprano to make an unscheduled debut that night in Mozart’s “Le Nozze di Figaro”.

“I just need to find a baby sitter,” Leonard said.

Three days after her 29th birthday in February 2011, Leonard rushed through a one-woman rehearsal that lasted about 30 minutes per act — “just add hot water. It’s an instant opera” she said with a chuckle. She took the Staatsoper stage hours later in a cast that included Luca Pisaroni, Erwin Schrott and Dorothea Röschmann.

Such has been the life of Leonard, a two-time Grammy-winner and, at 37, a single mom and a sought-after singer.

After starring in three productions at the Metropolitan Opera this season, she appears at Carnegie Hall on Monday night in an all-French program for new music director Yannick Nézet-Séguin. It is his first concert leading the MET Orchestra.

“This is probably for me one of the healthiest voices I have ever encountered in my life,” Nézet-Séguin said. “The incredible artistry and the attention to words and meaning that she brings to every role she approaches makes it a conductor’s dream.”

A native New Yorker, Leonard married New Zealand baritone Teddy Tahu Rhodes in 2008. They divorced and she has sole custody of Teo, who just turned nine.

She asked advice once or twice from soprano Renée Fleming, who divorced while her daughters were young. Fleming thought back to what the late soprano Joan Sutherland once told her.

“She said, ‘Have your children. She said her grandchildren were the greatest joy in her life. And she said it doesn’t matter when it happens because you’ll have this extraordinary family and you won’t even remember the engagements that you lost,'” Fleming recalled.

Spending time with Teo caused Leonard to withdraw from the world premiere of “Marnie” at London’s English National Opera in November 2017, though she sang the U.S. premiere last fall to kick off her MET season, which included a role debut in Debussy’s “Pelléas et Melisande” and a shattering Blanche de la Force in Poulenc’s “Dialogues des Carmélites”.

“She’s one of our major, major artists who we plan to be closely connected to for the seasons to come,” MET general manager Peter Gelb said, mentioning the role of Octavian in Strauss’ “Der Rosenkavalier” as a future appearance.

Growing up in Manhattan, Leonard studied ballet. She attended LaGuardia High School of Music & Art and Performing Arts and earned bachelor’s and master’s degrees at Juilliard. She made her professional debut as Zerlina in Mozart’s “Don Giovanni” at Bordeaux, France, in 2006, her U.S. debut as Stéphano in Gounod’s “Roméo et Juliette” in Atlanta the following January and her MET debut as Stéphano that September.

Leonard has received notable notices in Mozart, Rossini and other composers of the central repertory, and she has impressed in contemporary operas that included “Marnie”, Thomas Ades’ “The Tempest” and Jennifer Higdon’s “Cold Mountain”.

“It’s great when you have a living composer because you get so much more input on what their mind was thinking about when they wrote it and what they were hearing,” Leonard said. “The theater aspect of what we already do is, I think, why I’m in this in the first place.”

Her acting can be intense, but deliberate.

“She will never throw at you big vocal or acting effects just for the sake of being with an effect,” said Nézet-Séguin. “It’s always because it’s very, very integrated and thought through. And I find this much more moving than some people who actually just go for the easy effect.”

She was preparing Cherubino at England’s Glyndebourne Festival in 2012 when she flew back to record what has become a highlight for some opera singers: “Sesame Street”. Appearing with Murray Monster and Ovejita on a “People in Your Neighborhood” segment that aired the following year, she sang an excerpt of “Una voce poco fa” from Rossini’s “Il Barbiere di Siviglia”.

She has performed for Justice Ruth Bader Ginsburg at the Supreme Court and had been cast by Mike Nichols alongside Meryl Streep in an HBO film of Terrence McNally’s “Master Class” before the director died in 2014.

“You’re so fortunate to have had that moment in time where that person and you connected just for a moment,” Leonard said.

Next season includes “Werther” at London’s Royal Opera, “La Cenerentola” at the Dutch National Opera and “Barbiere” in Cincinnati, and a role debut in Bizet’s “Carmen” is planned in the following season. She and Teo are splitting time between New York and Chicago, where she has a rental apartment near Wrigley Field and cousins who live in the area.

“I don’t project a lot on myself in terms of where I think I’m going to be. For whatever reason, I never have,” she said. “I think it’s always left me to be very happy where I am, which is great. I just like to sing what fits the moment — like I’d rather buy clothing that fits me right now than buying something that I’m hoping is going to fit in two to three years and then seeing if I can make myself fit into it.” RGA/JB

Cristine as a single mom: No one helps me, financially

Opera singers prepare like Olympic athletes for ‘Tosca’ in Washington