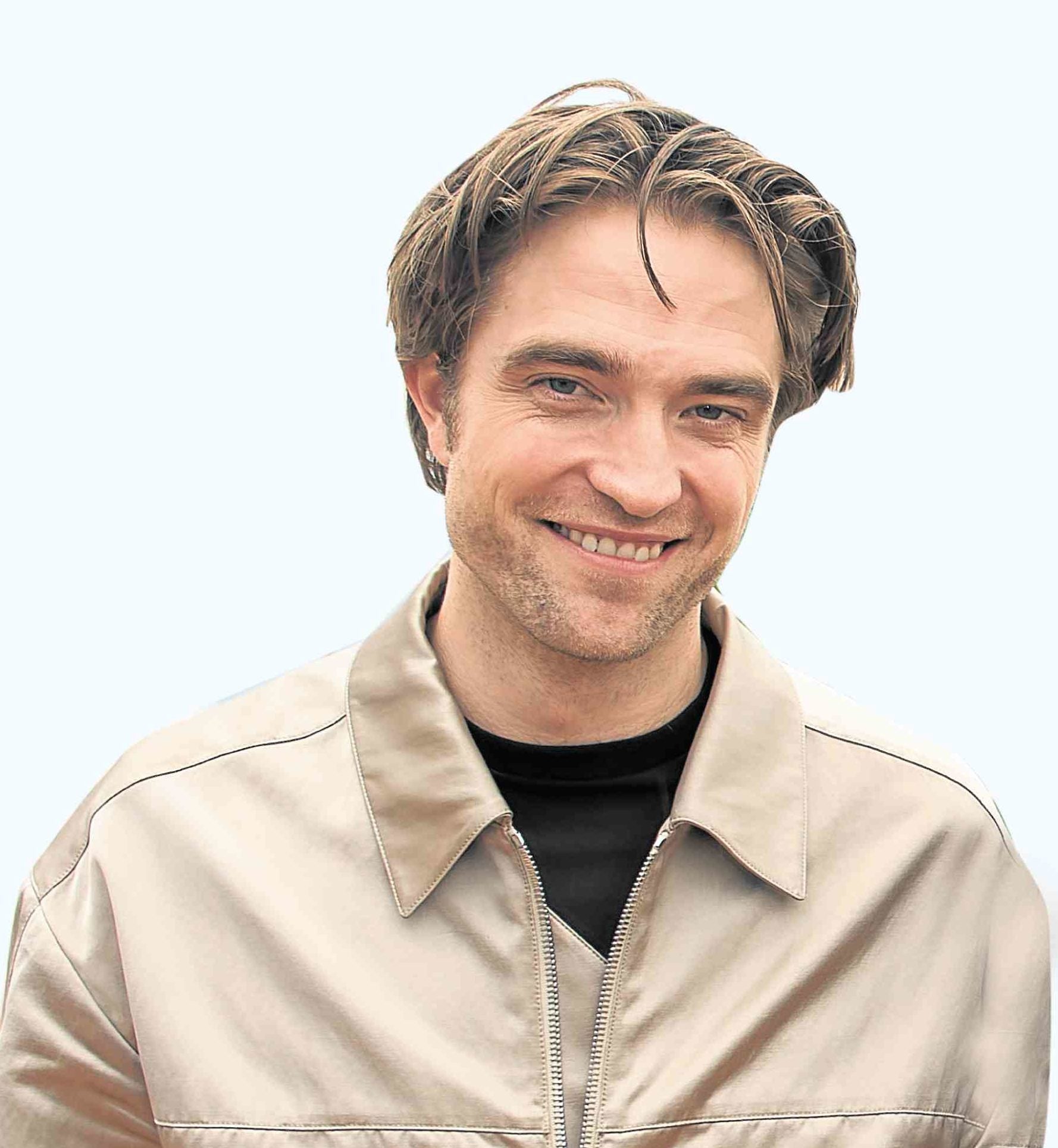 LOS ANGELES—Robert Pattinson’s post-“Twilight” career, in which he leans toward independent film fare, has yielded his finest performance onscreen so far. In Robert Eggers’ horror-drama “The Lighthouse,” which premiered at the Cannes Film Festival, Robert and his lone costar, Willem Dafoe, are earning critical praise.

The black and white film won the Cannes critics’ award for best or second feature in Directors’ Fortnight and Critics’ Week.

Deadline’s Pete Hammond wrote about Robert’s performance as worth noting, come awards season time: “With reviews proclaiming it as his finest moment onscreen to date, [independent film company] A24 can take this and run with it. Voters love it when they see something completely unexpected from an actor, and that’s what he delivers here.”

In a break from the Cannes frenzy, Robert sat down for an interview. He described his Ephraim Winslow character in his own words: “Willem Dafoe is a veteran lighthouse keeper, and I am his new assistant. We’re doing maintenance work on a lighthouse, which is mysterious, and there may or may not be something weird about the island.

“I was a lumberjack in Canada, and this island is literally in the middle of nowhere off the coast of Maine. He’s there trying to escape from his past. Every time I explain it, I have no clue what I’m talking about (laughs).”

Can you talk about working in a movie where it’s just you and another actor, Willem Dafoe? I didn’t know that Willem wasn’t cast originally. But when he was cast, it was like, wow, just knowing what I was walking into. I just knew it was going to be exciting and difficult.

How much did you enjoy the physicality of the role? It was ridiculous. On the first day, I was digging a grave. It was so cold I couldn’t even get the shovel in (laughs). Robert Eggers loves to make things as difficult and real as possible.

And lifting the oil drum up the staircase, we were literally lifting that sh*t up. I’ve never been more fit in my life. You don’t have to act—the elements are forcing you to be reactive.

Do you like roles like this one where you’re deglamorized? It’s always quite nice when you can have a costume on your face. Definitely, for some reason, I love being dirty in movies. I think it’s because you don’t have makeup coming in every 10 seconds and them having to tidy you up. 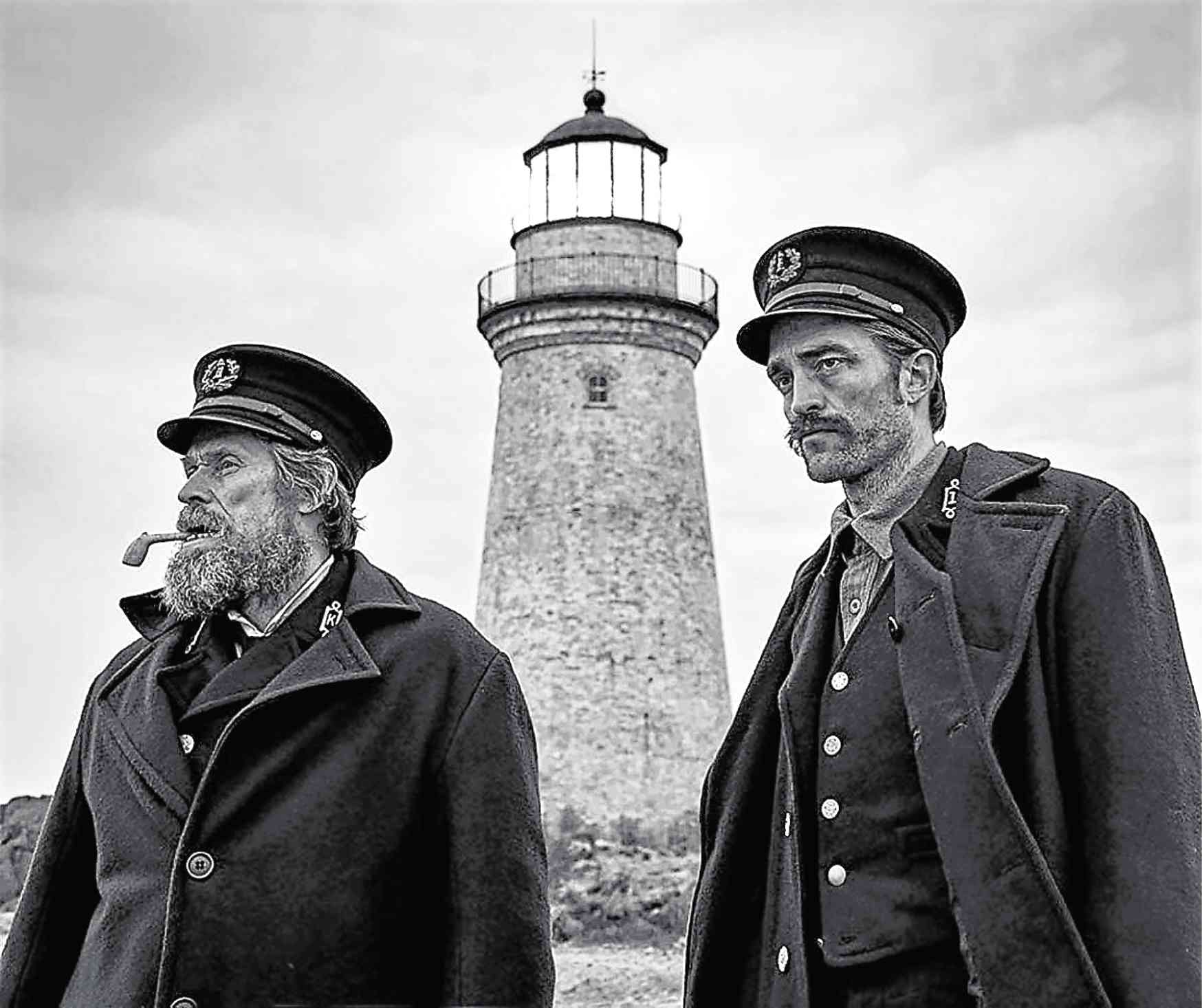 Pattinson (right) and Willem Dafoe in “The Lighthouse” —A24

It was made out of wood, and we believed it was going to break in two seconds (laughs). It looked so incredible to walk in, and you could see the light for 16 miles.

What is the figurative lighthouse in your life? I kind of like not having one. I like being a fish flopping around in a bowl and not knowing which direction I’m facing (laughs).

What was the spark creatively for doing this film? I really liked “The Witch.” I knew that Robert Eggers has a very particular, specific talent. Look at “The Witch” and the details that are unlike anything anyone else is making.

This film is in black and white. What do you think it adds to the movie? We were shooting with these lenses from the ’30s. You realize how movies were shot then. You need an enormous amount of light.

Any scene where it’s just me and Willem facing each other, there’s so much light on our faces, and you can’t see the other actor. So, both of us on the first week, I was just seeing a silhouette of Willem’s face, and you could barely keep your eyes open.

The crew was getting burned. It was 130 degrees or something near the light. How did they get this much light in the ’30s? It looks amazing. In a couple of scenes, it literally looks like a Buster Keaton movie. It’s bizarre seeing it.

What do you love about the Cannes Film Festival? Cannes is so big in England. Whatever was nominated for the Palme d’Or, that’s what crystallized my film taste when I was a teenager. So, as soon as I started acting, it’s where I wanted every single movie to go. I love the way they celebrate the film culture.

I really noticed that when I first came here. Nobody asked me any personal questions. People are genuinely enthusiastic about movies. Even though there is a big film market going on, it doesn’t really seem that business-y.

You’ve been in the press a lot, being expected as the next Batman. What can you tell us about it? I can talk about “The Lighthouse” (laughs). Sorry.

How happy are you these days? Really happy. I like doing movies where there’s a seemingly big element of risk in it. So, when they payoff and enlighten, it’s wonderful. 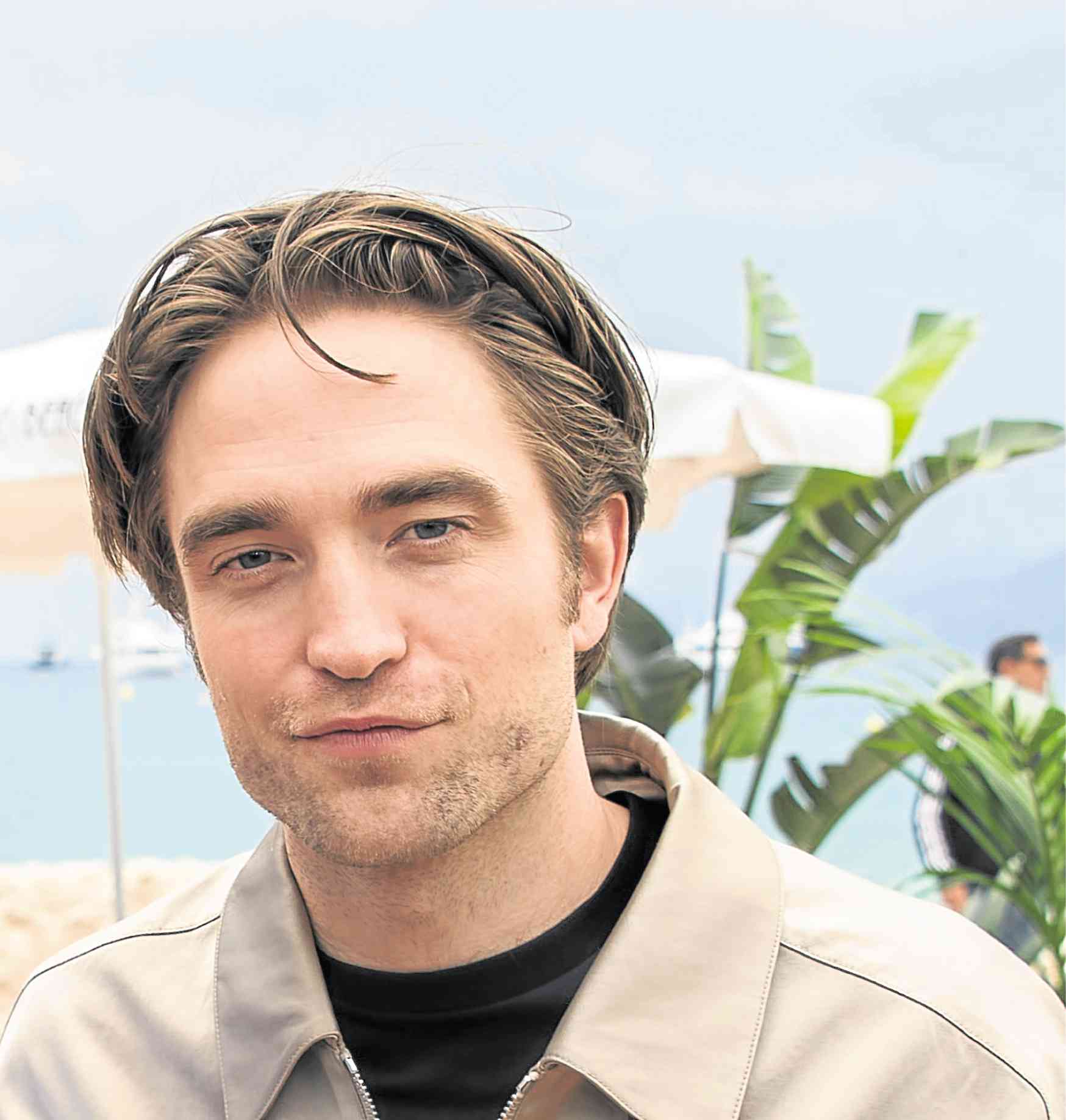 The response to the film, especially in Cannes, is enthusiastic. How important is that to you? Oh yeah, definitely. There’s what I think of a film, but then you want people to appreciate it, too. I watched the movie and I really loved it, but it’s a different thing when someone else likes it.

Especially at Cannes, people are vocal about saying [their reaction]. There’s a very real chance they could just walk out and say, “[It’s] sh*t.” So, it’s always nice, definitely, to get that reaction.

You are dealing with the pressures of fame quite well. What’s your approach? It’s quite easy to hear applause and think, oh, it’s me they’re applauding. As soon as you let yourself think that, then you’re f**ked (laughs).

You always have to keep a separation. It’s actually quite difficult, especially if you’re feeling low and you’re mining some validation from this strange ether. It’s not even false praise, but it’s not praise for you specifically. It’s unearned praise.

It’s also about having good friends. My friends are basically the same people I have since I was 12.

When you started, you were in two of the biggest film franchises in the world—the “Twilight” and “Harry Potter” movies. Since then, you gravitated toward independent films. Can you talk about how you make your project choices? Both of the movies I did were $200-million studio movies. I never really thought about chasing an audience.

The movies I did were just the movies that appealed to me. If big-budget movies came up over the last few years which I wanted to do, I would’ve gone after them.

Can you elaborate on how roles interest you? I don’t think about, this is going to be a challenging movie. There is, in some ways, the challenge of the part itself.

When you first read the script, you say, oh, I don’t know how to approach this. There’s something just appealing in the challenge in there.

What’s the update on your music career? Doing bits and pieces. I recorded something for the Claire Denis movie (“High Life”). It was the first time I was in the recording studio in ages. I got the bug a little bit.

Where do you live these days? Kind of more LA. I haven’t been to London for awhile.

How do you look back on your “Twilight” days? When those movies are on TV, how do you react? I was talking to someone about this earlier. He was saying, “Even when the ‘Twilight’ movies came out, I didn’t think of you as a pretty boy.” I saw the first one on TV and I thought, the fact that people thought I was pretty at all … I literally looked like a rejected geisha (laughs), like a junk shop geisha.

It’s great. The weird thing about it now is, even in fashion and stuff, it’s starting to look a little retro.