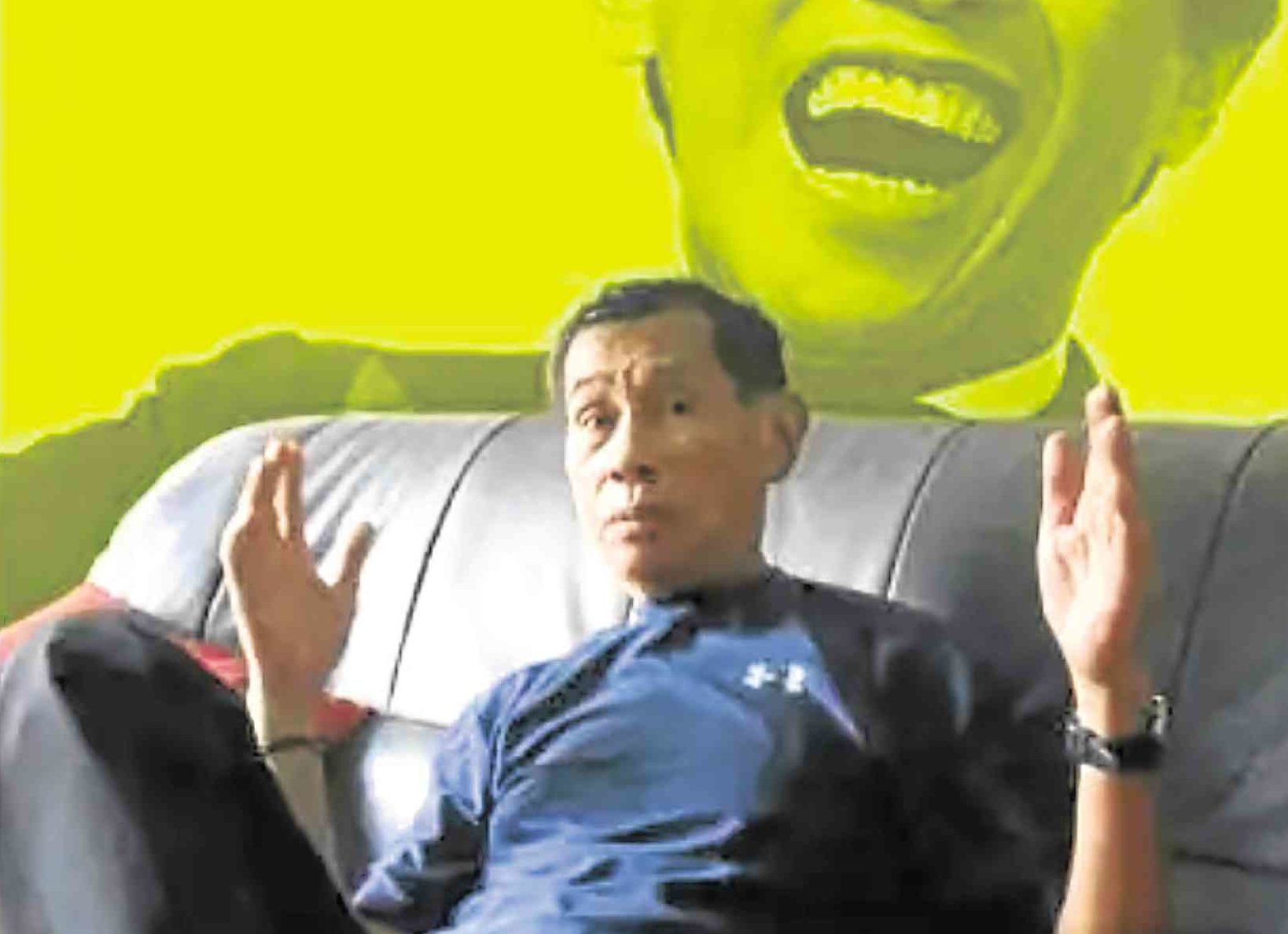 WE’LL MISS HIM THIS MUCH Using his hands and wearing a deadpan expression, comedian Gary Lising cracks a joke during a 2013 interview with the Inquirer. – INQUIRER PHOTO

MANILA, Philippines — Gary Lising, the cerebral comic, the funnyman who cracked jokes that tickled one’s brains, was found dead at his town house in Pasig City, on Friday. He was 77.

In the last 10 years, Lising’s health had deteriorated. In a past interview with this reporter, he recalled suffering a cardiac arrest in 2009, and again in 2012, when he underwent angioplasty more than once.

His son Aaron Gary found the body on May 31 when he went to Lising’s Casa Verde town house to check after Lising failed to answer calls and text messages, the Inquirer learned.

Aaron Gary, or Bugsy, was the comedian’s son with second wife Maris Paredes, a former singer with the group Music Making Company that Lising used to manage.

Always trying to be funny

Lising, a graduate of Ateneo de Manila University, said he didn’t aspire to be a comedian although his college buddies had always thought he was a natural jester.

“He was always trying to be funny,” said Noel Trinidad who, along with the late Subas Herrero and Lising, led the cast of the hit TV comedy show “Champoy” in 1981-1985.

Trinidad recounted that at the time they met, Lising wasn’t enrolled at Ateneo yet.

“He would hang out with us on campus,” Trinidad said. “While walking and crossing a pond, he would roll on the grass and make us laugh. We used to call him ‘alien.’”

Lising was a college freshman at Ateneo in 1961 when he made friends with Jun Urbano, who would later be known as the comic character “Mr. Shooli.”

“He was a born comedian,” Urbano said of Lising.

Urbano — son of legendary film actor, director and producer Manuel Conde — was then honing his own talent as a director. “We used to hold shows called the Campus Concerts,” he said. “Gary and I were the emcees.”

The Campus Concerts, which sold tickets and included a comedy show, had a regular run that gave Lising his first income as a performer and gag writer.

“We were making so much money pati ’yung tuition ko nabayaran ko na (it covered even my tuition). My father was so happy,” said Lising in a previous interview.

Lising was in the United States when he saw an ad in The New York Times looking for a gag writer for a TV show.

He said he went to the audition with a joke on how God’s son got his name when the three kings found him in the manger: “When the third king was about to offer his gift, he tripped accidentally and blurted, ‘Oh, Jesus Christ!’ To which Mary said, ‘Hey, Joseph, that sounds better than Irving.’”

To Lising’s surprise, the TV gig was “The Tonight Show with Johnny Carson,” where he worked for seven years as a member of the writing pool.

It was in New York where he met Laura Lopez, daughter of journalist-educator Salvador P. (SP) Lopez, who was then serving as the country’s ambassador to the United States and the United Nations.

Lising fell in love with Laura. When he formally asked for her hand in marriage, he recalled Lopez telling him: “You know, Gary, I have raised my children well. They have not known what it is to be hungry. They studied in Paris, they speak French, German. Now you want to marry Laura. Do you think you can give her the kind of life that I have been giving her?”

Lising: “I plan to move in with you.”

At that point, Lising said, SP Lopez — who looked very formal as a diplomat — stifled a laugh.

Lising and Laura Lopez got married in France but the union ended in divorce.

As a comedian, Lising wrote 17 books, including “Golf, Erap and Other 4-Letter Words,” “Marcos In Red, Cory In Yellow, Ramos In Blue, Erap In Peach, Gloria In Excelsis”; “Everything You Wanted to Know About Sex But Were afraid to Ask Your Children” and “Confessions of a D.O.M. (Delightful Old Man).” All of them are bestsellers, he said, and royalties, no matter how small, came in periodically.

Lising said that his jokes were original and that he made them up as the situation arose.  “Like, when I went to the hospital, there was a baby born. Lahat ng parts ng katawan niya may numbers … 7, 8, 1, 3, 6, 5 (All his body parts had numbers). Ano’ng nangyari sa batang yan? Sabi ng doktor, anak ng jueteng! (I asked, what’s with that baby? And the doctor said, his father is a numbers game collector).”

More samples of his jokes:

“I was such an ugly baby. My mother puts only the negatives of my pictures in our family album.”

“I was drafted by the US Army but I got exempted because of my religion — I’m a devout coward.”

But Lising also admitted to being a religious man: “I believe in God, the Father Almighty, and that eventually we will have peace and happiness because of our faith in him.”