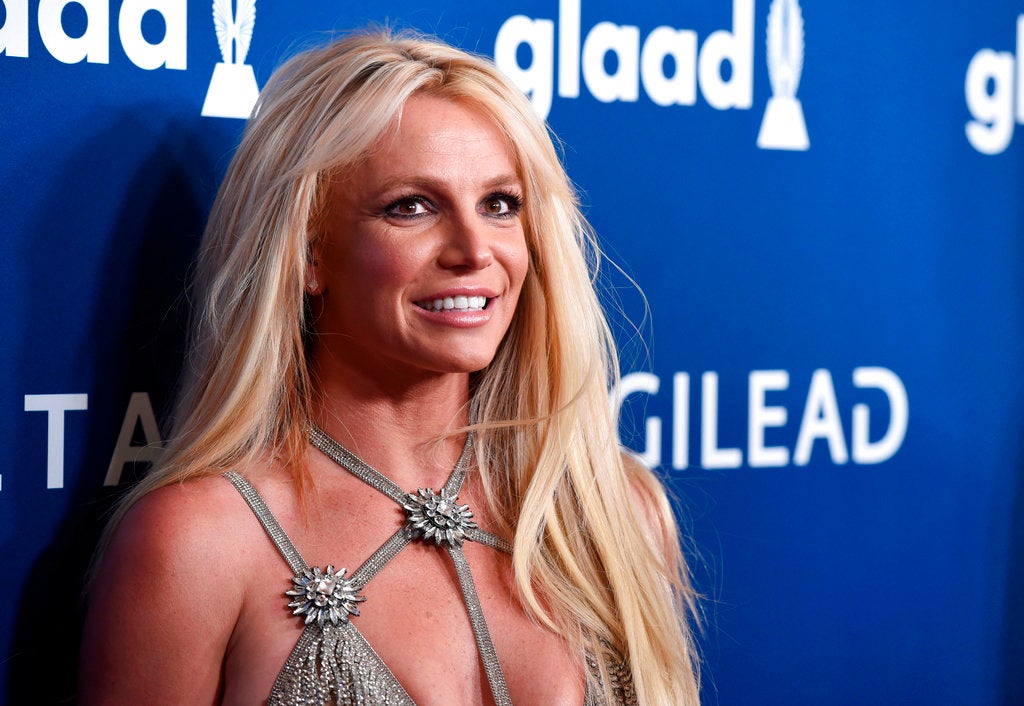 LOS ANGELES — Britney Spears’ restraining order against her former manager will stay in place for roughly two weeks after a judge on Tuesday suspended a court hearing where he fought the restrictions as overly broad and unconstitutional.

Los Angeles Superior Court Judge Brenda Penny ruled that the order against Sam Lutfi will stay in effect until June 13, when a hearing will resume on whether it can be extended for several years.

The restraining order alleges that Lutfi harassed and disparaged Spears and her family via social media and text messages. Lutfi has been critical on social media of a conservatorship that has left the singer under the control of the court and her father, adding his voice to a chorus of fans who want her “freed” from the arrangement.

The singer did not appear at the hearing. She was represented by the court-ordered conservatorship that is run by her father, Jamie, and has controlled most of her affairs for 11 years following a mental breakdown.

Lutfi testified Tuesday and Jamie Spears began testimony that will continue at the next hearing.

The courtroom was sealed from media and other members of the public for nearly the entire hearing after attorneys for Spears and her father argued that private details could be revealed that would emotionally harm the singer in a moment of serious vulnerability.

“The anxiety caused would be great,” said Samuel D. Ingham III, an attorney for Britney Spears.

The restraining order issued May 8 demands that Lutfi stay at least 200 yards (183 meters) from Britney Spears, her parents and her two sons and to refrain from contacting or disparaging them.

Lutfi and his attorney argued in documents opposing the order that it is “an unconstitutional prior restraint on speech” to prohibit him from making disparaging comments about the singer or her family.

“Would Mr. Lutfi face criminal prosecution if he publicly states that he does not like one of Ms. Spears’ songs?” attorney Marc S. Gans says in the documents.

The papers also say that Lufti, 44, has not contacted Britney Spears in 10 years and that her lawyers had not shown that he caused her harm.

“There has been no psychological or other evidence offered by Ms. Spears that she has actually suffered any distress,” the documents said.

Lutfi acknowledged that he had sent several text messages to Spears’ mother, Lynne, and called her once.

The courtroom is commonly cleared for hearings on her conservatorship when private financial information and details about Spears’ minor sons are discussed, but the media was barred Tuesday based almost entirely on the mental effects that airing the testimony would have on the singer.

Jamie Spears had reportedly been in such poor health in recent months that his daughter put her career on hold to be with him, but there were no outward signs of illness as he appeared in court with a team of lawyers.

Last week, he notified the court that he is seeking to extend the conservatorship from California to Louisiana, Hawaii and Florida. Conservatorships, known in many states as guardianships, are normally reserved for people in mental and physical conditions far more severe than that of Britney Spears.

But judges have allowed the arrangement to remain in place far longer than was expected when it was first imposed more than a decade ago.

Spears has made very few public comments about the conservatorship. But there have been signs the arrangement may change. She made a rare appearance earlier this month at a hearing on the conservatorship to speak to the court, along with her parents. NVG

Spears appears in cleared court to speak on her legal status