LOS ANGELES, United States — James Bond is out of commission for a few weeks.

Star Daniel Craig is undergoing minor ankle surgery after sustaining an injury while filming the 25th installment in the franchise in Jamaica. 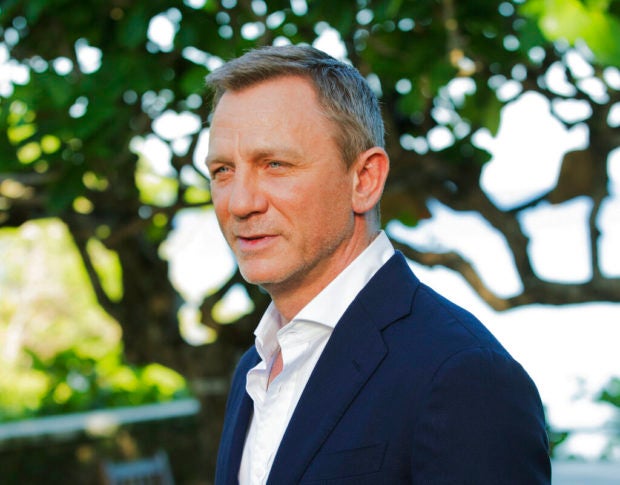 Actor Daniel Craig poses for photographers during the photo call of the latest installment of the James Bond film franchise, currently known as “Bond 25”, in Oracabessa, Jamaica. Image: AP/Leo Hudson

The statement says that production will continue during the 51-year-old actor’s two-week post-surgery rehabilitation and that the film will stay on track to hit its April 2020 release date.

Read Next
Bea Alonzo’s over-a-decade bond with ‘One More Chance’ friends still strong
EDITORS' PICK
Acer starts the year off strong with the Aspire Vero National Geographic Edition
Gear up and get ready to play with Yamaha Mio Gear
PH to import 60,000 tons of fish to cover shortage
Workers are exempted from ‘no vax, no ride’ policy – DOLE chief
Over 3 Million worth of prizes to be won at Smart Padala’s SENDali Manalo Promo!
#VotePH2022: COVID, power woes loom as poll concerns
MOST READ
Guevarra to Acosta: Obey rules on unvaccinated
Emma Stone calls Andrew Garfield a ‘jerk’ after he ‘lied’ about his ‘Spider-Man: No Way Home’ appearance
Cold-case investigation names surprise suspect in Anne Frank’s betrayal
Czech anti-vax singer dies after deliberate infection
Don't miss out on the latest news and information.