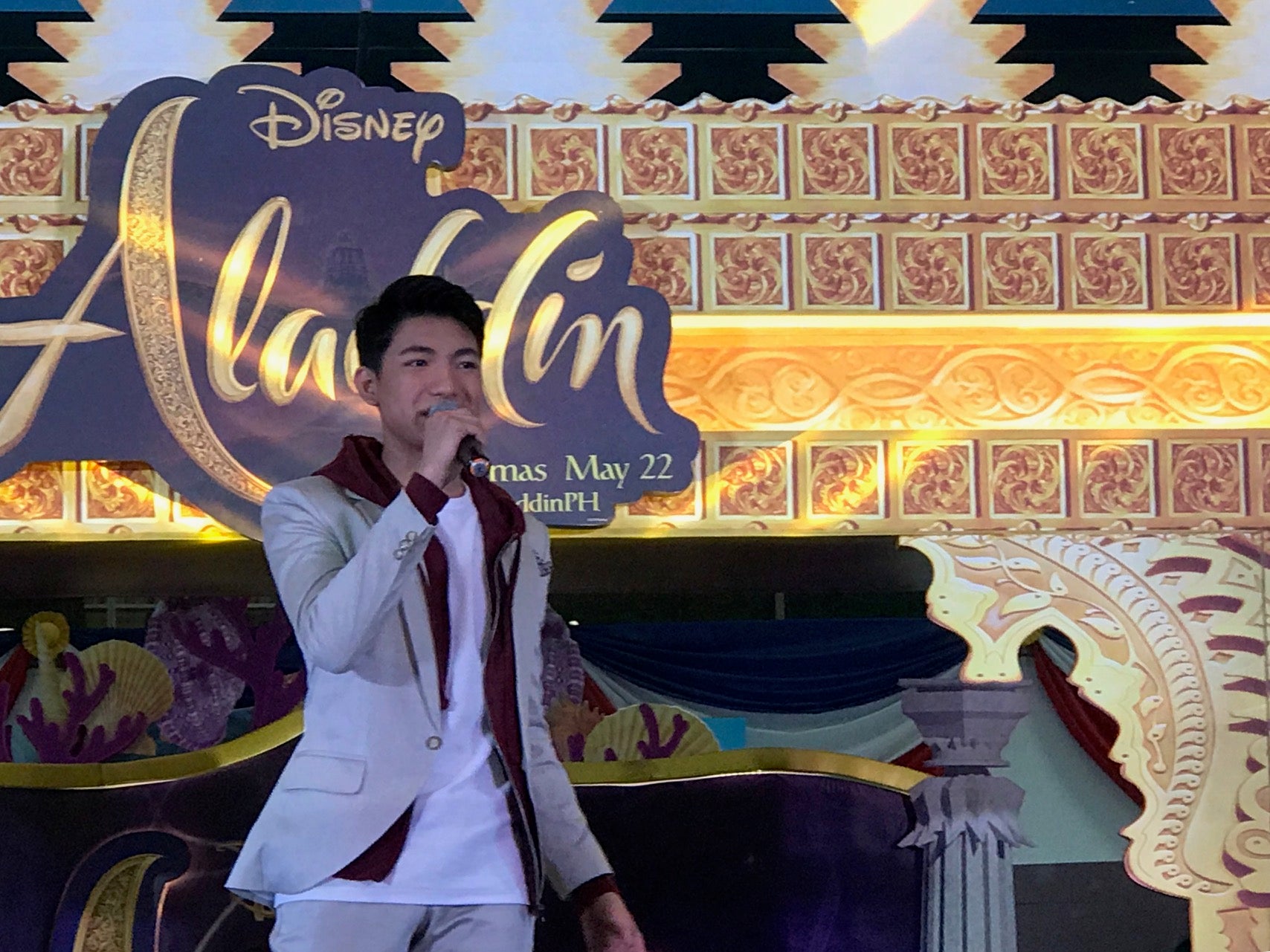 Darren Espanto performs a rendition of “A Whole New World” at SM North The Block on Thursday. Photos by Krissy Aguilar / INQUIRER.net

And for the two singers, this serves as a chance to boast of the country’s Original Pilipino Music (OPM) and Pinoy talent.

“I’m very happy na we’re given all these amazing opportunities po so that we can show our talent internationally, in other countries,” Espanto said Thursday in a brief press conference for the collaboration.

Meanwhile, Amon said sharing her talent and taking part in a project as such is a chance to promote OPM. 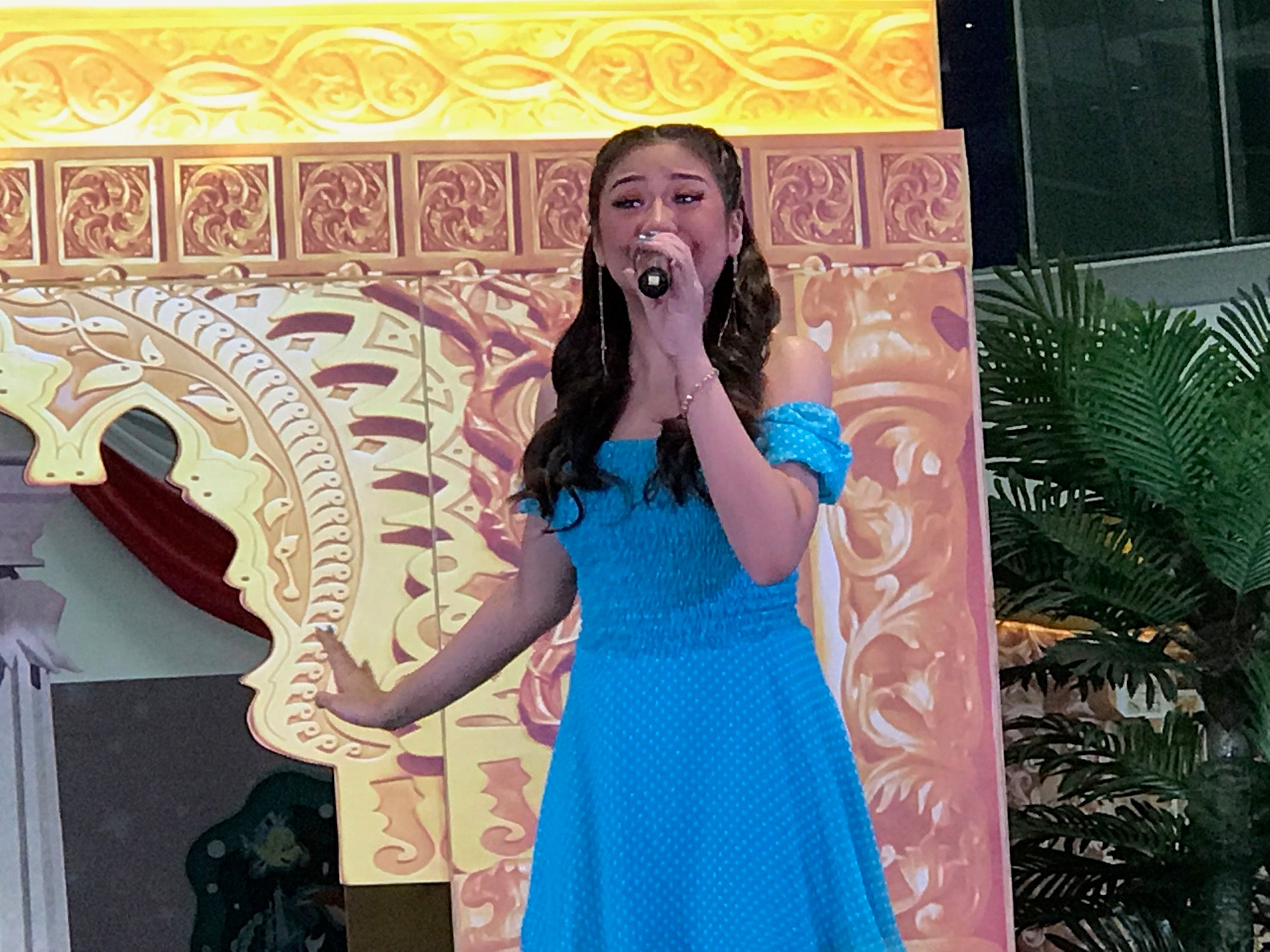 “Just being able to share our gifts and talents on different platforms all over the world, it’s such a privilege kaya we just want to continue to spread OPM also to the rest of the world,” Amon said.

Amon described the opportunity to revive a Disney classic hit from the 1992 film as “very surreal” and said “it has always been a dream.”

Espanto likewise was thankful for the project and said: “It’s such a big thing for both of us po and it’s a once in a lifetime opportunity.”

But even before their “Aladdin” stint, both singers have already been giving pride to Filipinos as they perform and represent the country across the globe.

Espanto recently performed as a guest during the finale of Chinese singing competition “Singer 2019.”