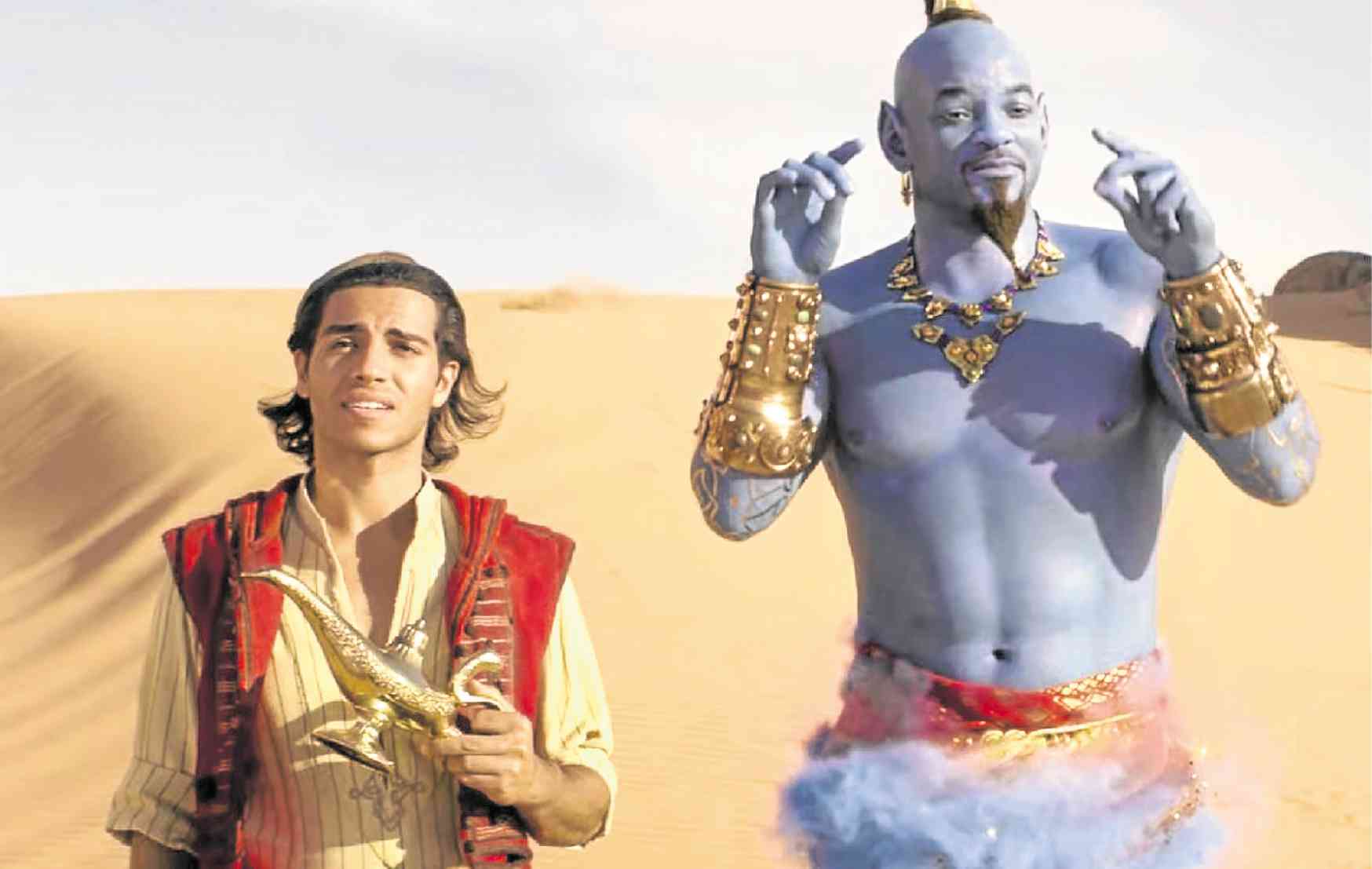 Mena Massoud (left) and Will Smith in “Aladdin”

Are you ready to take a dazzling magic-carpet ride with “Aladdin”? Yes, we mean the “soaring, tumbling, freewheeling through an endless diamond sky” sort—and with exhilarating surprises, to boot.

Disney’s inventive retooling of Syrian storyteller Youhenna Diab’s Middle Eastern folk tale—about a street urchin and the magic lamp he finds in a booby-trapped mystical cave that has the power to make his wishes come true—is a gutsy do-over that demonstrates what it takes to revive a well-loved classic without falling flat on its face.

Last May 9, we went to a special screening of Guy Ritchie’s live-action adaptation of the 1992 animated screen musical with not much expectations for Will Smith (in the make-or-break role of the blue-skinned Genie, immortalized by Robin Williams) and the relative newbies who play the production’s star-crossed lovers, Aladdin (Mena Massoud) and Princess Jasmine (Naomi Scott). Their story, as it plays out, isn’t as simple that, however.

In fact, we came out of the theater gaining new appreciation for a film that turns old-fashioned tricks and old-school themes on their head as it dazzles with its breathtaking and lushly “Disneyfied” recreation of the Maghreb in northern Africa.

But the movie dares to go beyond romantic mush and eye-candy appeal. In this whole new world, you’re reminded of the way perspective changes a man’s morality.

As one character explains, “You steal an apple, you’re considered a thief; you steal a kingdom, you’re called a statesman.” Ring a bell, dear readers?

What we like so much about this version is that it doesn’t dumb down viewers by merely espousing advocacies and real-world concerns, like female empowerment, the divisiveness of class wars and the dangers of having too much power. Even better, it’s ballsy enough to see the issues beyond their contentiousness.

Aladdin meets his unlikely match when he comes to Jasmine’s rescue. The princess occasionally passes herself off as a commoner to see what she’s missing outside the stultifying confines of the Sultan’s (Navid Negahban) kingdom, or why her dad’s clueless subjects need protecting from the evil machinations of Jafar (Marwan Kenzari), the power-hungry sorcerer masquerading as the Sultan’s grand vizier.

Jasmine wants to see the world beyond its borders and maps, and thinks she has what it takes to become her old father’s successor as the next Sultan of Agrabah, but her gender forbids her to rule.

Instead, she’s “encouraged” to marry the best prince of her choice to keep her family’s power and influence in perpetuity. Unfortunately, the most suitable candidate she could find is Prince Anders of Skanland (Billy Magnussen), who is as tall and handsome as he is dim!

To say the least, the way through this princess’ heart is through her mind. 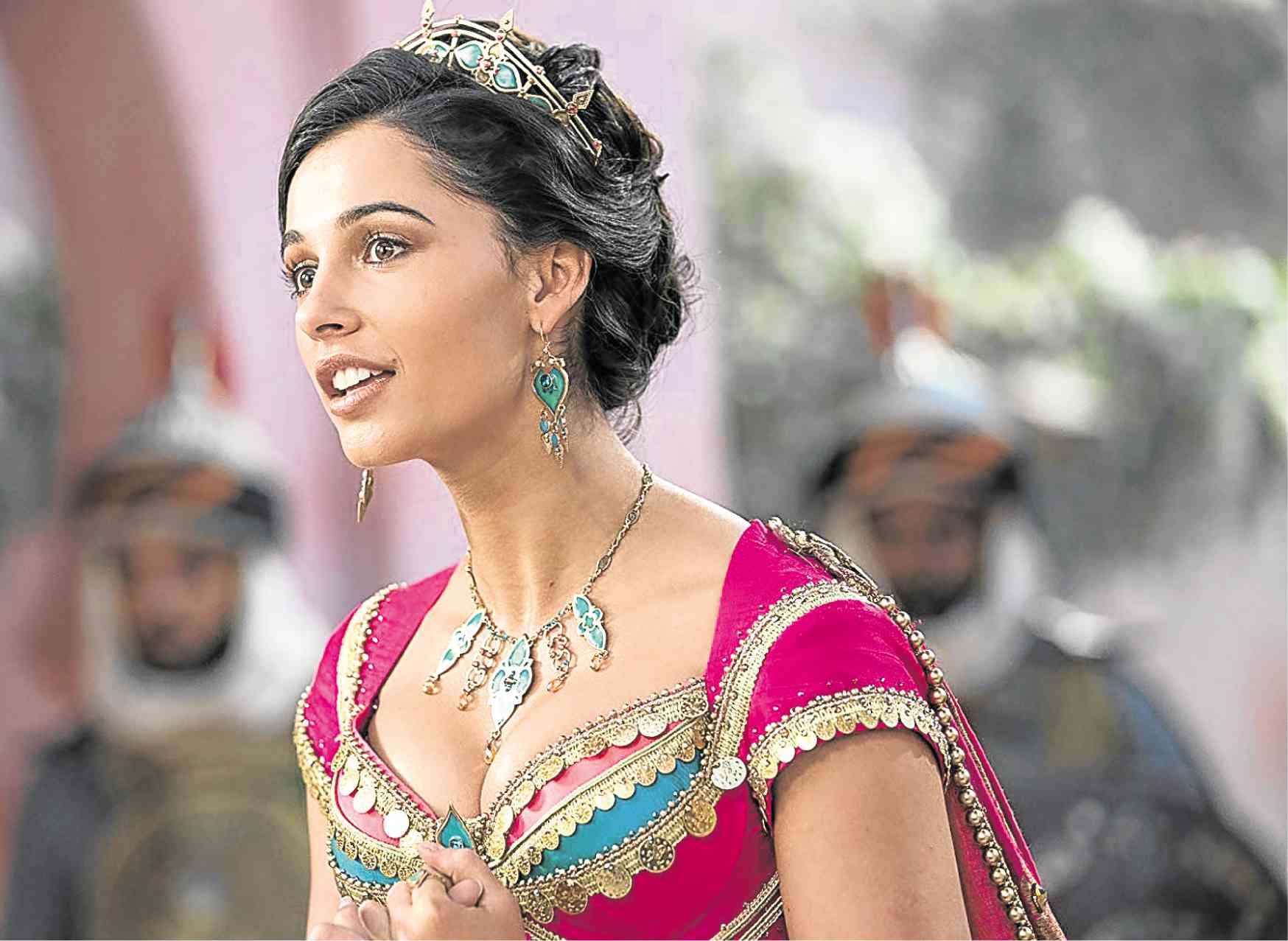 The situation gets murkier when Jafar forces Aladdin, with his pet monkey Abu (Frank Welker) in tow, to retrieve the magic lamp—which contains the wish-wielding Genie (Will Smith)—inside the Cave of Wonders.

The dutiful blue trickster, who wishes to be emancipated from his thousand-year servitude, turns Aladdin into a fake prince, Ali of Ababwa, to make himself more worthy of the princess’ affection.

Along the way, however, he helps unleash the greatness just lurking inside his well-meaning ward’s heart.

But what happens when the lamp ends up in the wrong hands?

With its standard-breaching fearlessness, this terrific and relentlessly entertaining version of “Aladdin” puts its money where its mouth is—especially in Jasmine’s case. You’ll know what we mean when you watch the movie on the big screen (no spoilers here).

The film is a thing of delectable cinematic beauty. It will sweep viewers, young and old alike, off their feet as the appropriately cast Mena Massoud and the lovely Naomi Scott breathe palpable life into the intertwining romantic and political storylines fueling its tale. 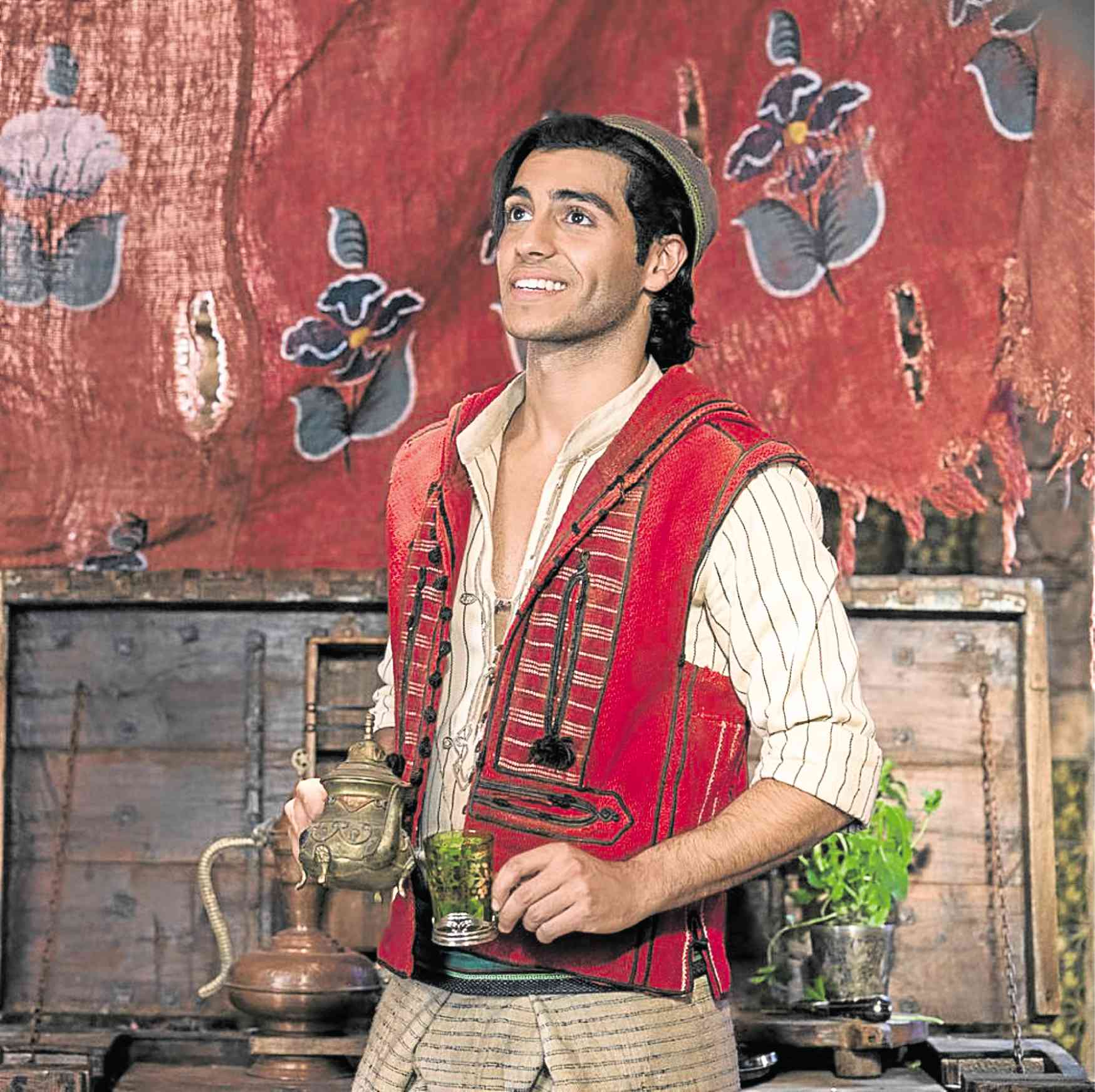 As Jafar, Marwan Kenzari isn’t all that bad, but he lacks the required gravitas that could have made his character the formidable foe he’s expected to be.

Aware of the huge shoes he’s filling, it is a testament to Will Smith’s thespic foresight and daring decision to “recalibrate” the Genie’s character without embarrassing himself.

If Robin Williams, who voiced the Genie in the animated film, won over moviegoers with his manic, laugh-a-minute improvisations, Will knocks his characterization out of the ballpark by giving it his own spin.

He makes his Genie distinctive by way of a hip-hoppy, dance-ready portrayal that never goes over the top—which is a feat in itself.

Like the former Fresh Prince of Bel-Air, the production itself starts out with some slow and shaky plot-setting sequences, but it quickly finds its footing in no time.

If the lavish production design doesn’t impress you, “Aladdin’s” spectacular musical numbers most certainly will.

Moreover, the movie treats viewers with a string of production numbers staged with as much catchy vim and vigor as terpsichorean razzle-dazzle, framed by extravagant musical scenes that include proficiently rendered and gorgeously realized versions of “Friend Like Me,” “A Whole New World,” “Prince Ali,” “Arabian Nights” and Jasmine’s rousing solo spot, “Speechless.”

You may have seen and loved the 1992 version but, its inconsequential missteps aside, the whole new world “Aladdin’s” latest iteration creates is guaranteed to sweep you off your feet.

Read Next
Seasoned actors talk about the sacrifices they made for love
LATEST STORIES
‘Mia’: Rom-com with a cause a career-boosting showcase for Coleen Garcia
No.13 lucky for Orlando Bloom
The ties that bind: Why the guys of Black Eyed Peas prefer to stay together
How Yam handles flirtatious guys
Reading: The key to true learning
MOST READ
Gretchen Barretto’s daughter Dominique graduates magna cum laude from California college
Lights inside SMX hall flicker as Duterte rants vs Ayala, Pangilinan anew
Nadine Lustre’s phone stolen in Brazil
Ginebra beats Meralco again to capture PBA Governors’ Cup title
Don't miss out on the latest news and information.