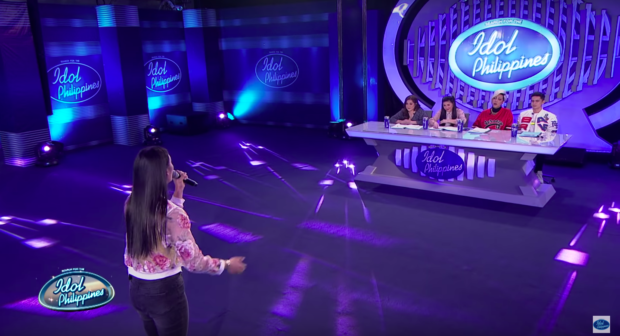 Jeremiah Torayno, a transgender woman, surprised “Idol Philippines” judges when she used her male voice to render her version of the song “Pare Mahal Mo Raw Ako” for her audition.

Vice Ganda pointed out that it is not common for transgender singers to use their natural voice to sing, as they usually change it to fit their new gender.

(James was surprised with you because it was his first time to hear a trans who, when she sings, still has a big voice, still has a manly voice.)

Regine Velasquez-Alcasid also said she was “pleasantly surprised” upon hearing the contestant use her natural male voice instead of a female voice, which she expected from a transgender woman.

Judges Moira Dela Torre, Reid and Velasquez-Alcasid, decided to let her progress in the competition. Vice Ganda was the only judge who voted to not let her continue, explaining that the 21-year-old still needs more practice.

Despite the decision from Vice, Torayno is set to move on to the next stage since only three “yes” votes are needed to continue. JB