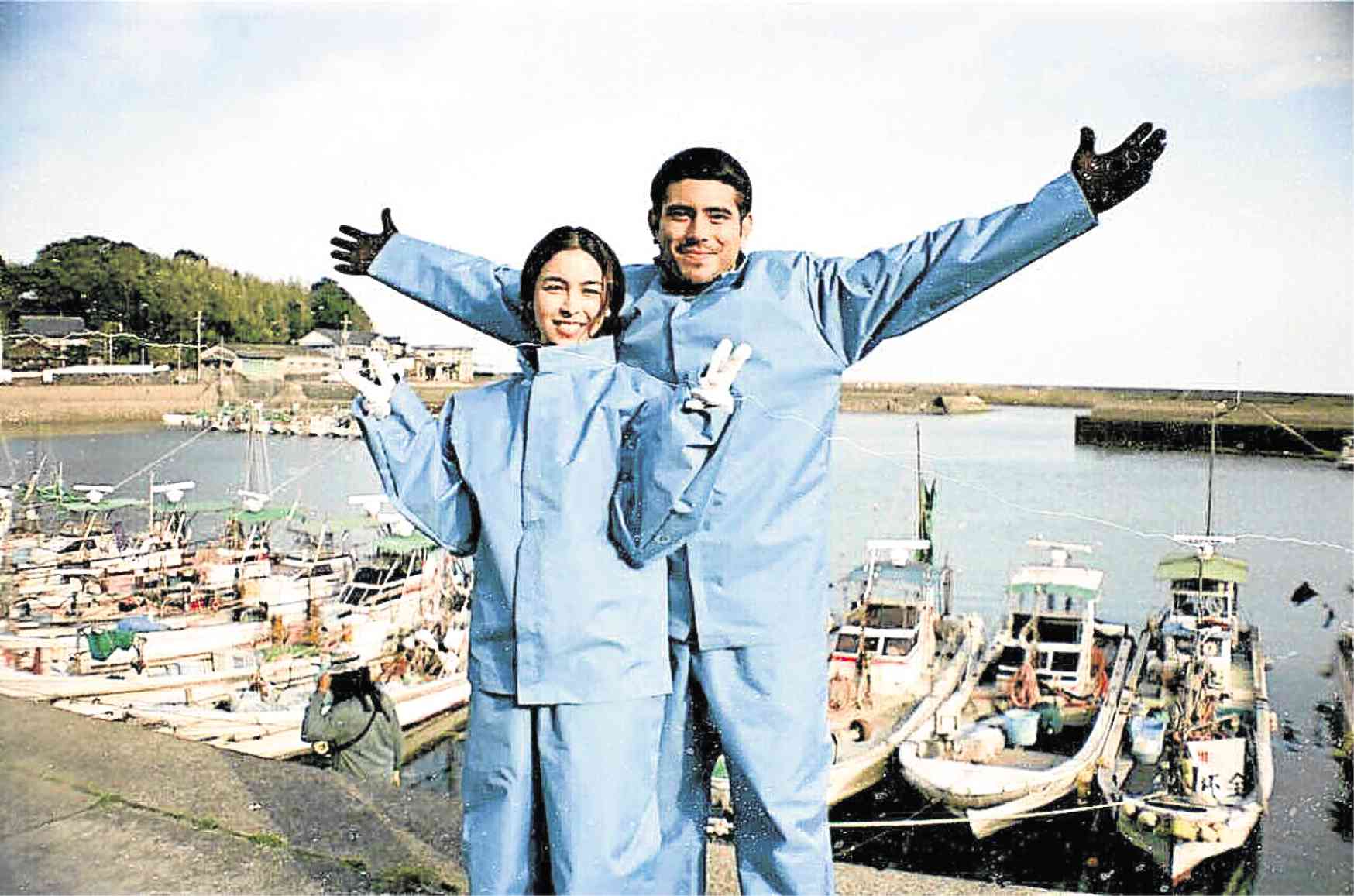 Gerald Anderson (right) and Julia Barretto in “Between Maybes”

But their unlikely pairing soon demonstrates why there are relationships whose appetizing alchemy doesn’t rely on “deus ex machina” manipulation and honing, not unlike processed delicatessen whose savory taste is enriched by well-timed marinading.

It’s a love story forged by man’s perpetual need for connection and affirmation.

This thoughtfully realized romantic drama owes its delectable viewability to a love story that grows on viewers as it examines a different kind of romance.

In this bittersweet tale framed by sweeping, postcard-pretty vistas and earnest portrayals, love unexpectedly blossoms between lonely Louie Puyat (Gerald) and harried Hazel Ilagan (Julia). He’s a Filipino ex-pat who has been living in Japan’s rustic Fukuoka Prefecture since he was 10 years old, while she’s a spunky 21-year-old former screen moppet whose fame is on the wane.

Louie makes ends meet by shuttling among odd jobs—as a janitor, waiter and fisherman. He keeps Hazel company as she comes to terms with a fading popularity that is made more unbearable by her hard-driving stage mom (Yayo Aguila).

Louie and Hazel don’t look like they have anything in common, but they find themselves falling for each other when the former sees through the latter’s bossy façade. The thought of becoming a has-been at 21 terrifies Hazel, but the reinvigorating and empowering lure of first love provides a soothing escape from her coming-of-age woes.

Will they keep loving each other even when it’s time for Hazel to stop running away from her fears?

Director Laxamana dares to scratch beneath the surface of his protagonists’ relatable individual stories. He proves there’s more to his rom-com than “kwela” machinations and crowd-pleasing situations his characters find themselves in.

With a soul-stirring denouement that refuses to acquiesce to mainstream cinema’s partiality to formula, “Between Maybes” provides its stars with a rich pool of emotional resources to draw from.

Making the movie even more indelible is the gorgeously staged finale that will linger in viewers’ thoughts long after the curtains fall. It is without a doubt one of the year’s finest films.