Arnold Schwarzenegger gets a flying kick during event 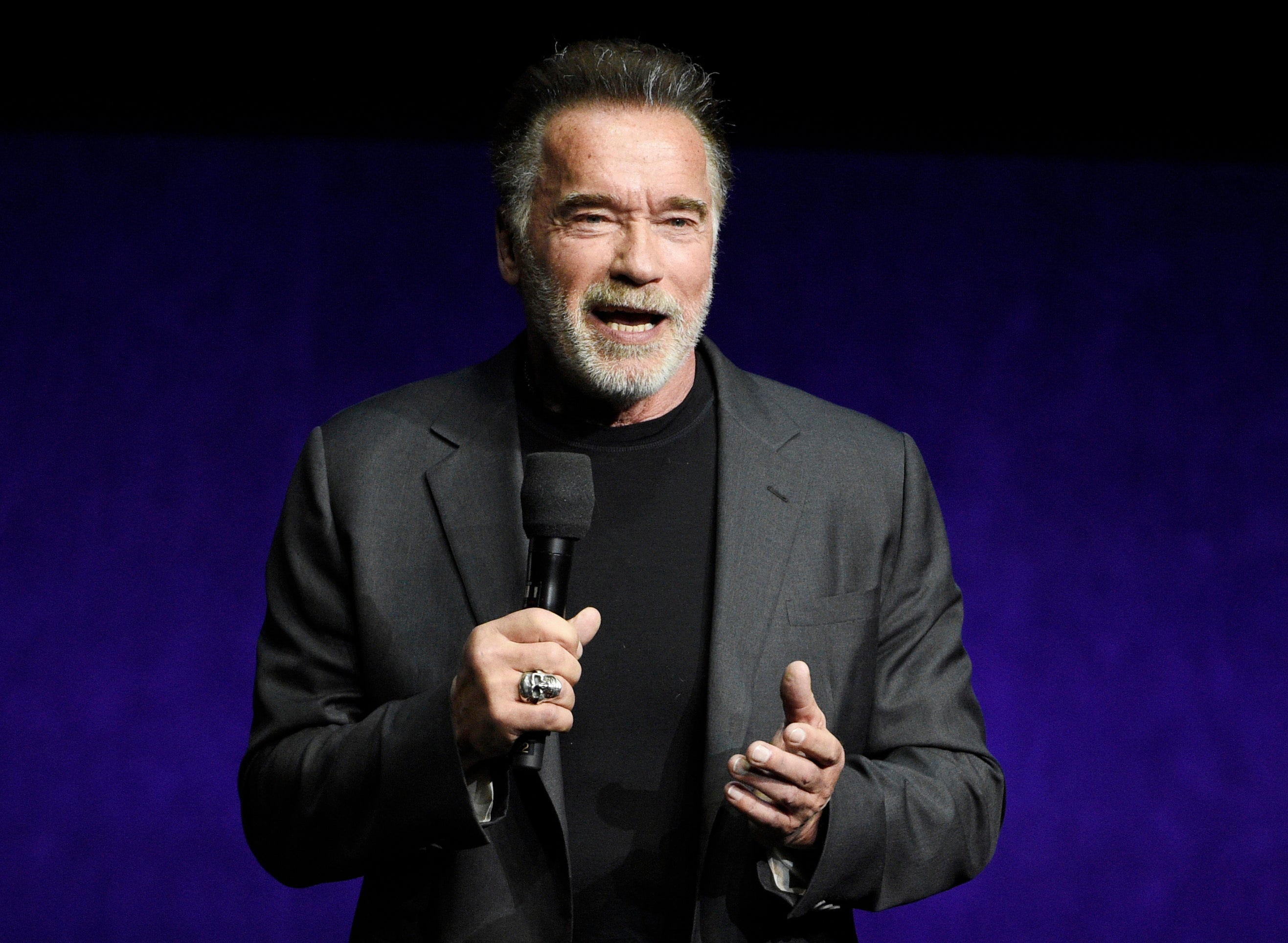 In this April 4, 2019 photo, Arnold Schwarzenegger, a cast member in the upcoming film “Terminator: Dark Fate,” discusses the film during the Paramount Pictures presentation at CinemaCon 2019, the official convention of the National Association of Theatre Owners (NATO) at Caesars Palace, in Las Vegas. New video on Saturday, May 18, 2019, shows actor Arnold Schwarzenegger being assaulted during a public appearance in South Africa. It shows the 71-year-old standing and filming children at a sporting event in Johannesburg when a man makes a flying kick into his back. AP

JOHANNESBURG, South Africa — Actor Arnold Schwarzenegger was assaulted during a public appearance in South Africa on Saturday, but the 71-year-old quickly recovered and said, “I’m just glad the idiot didn’t interrupt my Snapchat.”

Video shows the former California governor standing and filming children at a sporting event in Johannesburg when a man makes a flying kick into his back. Schwarzenegger stumbles forward. The man is quickly grabbed by security. Off camera a man shouts several times “Help me!”

The video shortly afterward shows Schwarzenegger smiling and shaking hands with bystanders before walking out ringed by security.

Schwarzenegger later posted on Twitter: “Thanks for your concerns, but there is nothing to worry about. I thought I was just jostled by the crowd, which happens a lot. I only realized I was kicked when I saw the video like all of you. I’m just glad the idiot didn’t interrupt my Snapchat.”

Schwarzenegger also tweeted a second video of the incident “without whatever he was yelling so he doesn’t get the spotlight.”

Schwarzenegger had been attending his Arnold Classic Africa event, which features dozens of sports and fitness activities. In a separate Twitter post, the event blamed a “crazed fan” for the assault.

The statement cited organizer Wayne Price as saying the assailant was “known to the police for orchestrating similar incidents in the past” and that Schwarzenegger was “fine and still in good spirits.”

The actor confirmed he had no intention of pursuing charges and would continue with another appearance on Sunday as planned, the statement said. /cbb