What Duterte told Matteo at the Palace 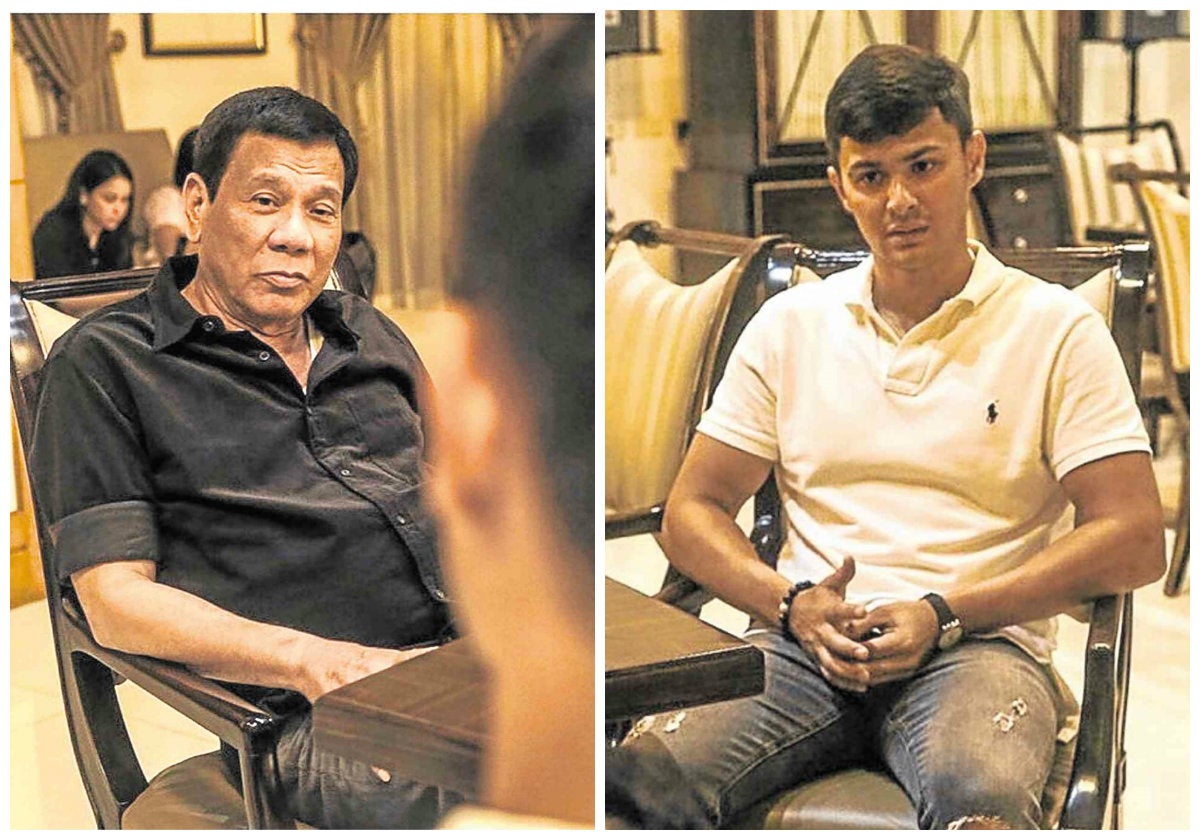 There are only two persons who had managed to leave Matteo Guidicelli starstruck: The first was Martin Nievera. The second and most recent one was President Duterte.

Matteo had a “very nice,” 30-minute chat with the President at a recent visit to Malacañang Palace.

Among the things they discussed, he related to reporters, was his decision to join the Philippine Army as a reservist.

“We spoke about projects related to the Army; that was what the meeting was about. He’s into that … he wants discipline in the country again—among the youth, especially,” he said, when asked by the Inquirer about the said meeting.

“When I told him about my project, he was very interested and he wished me luck … It was nice to have his approval; it’s added inspiration,” said Matteo, who released a single under Viva Records—a cover of Imago’s “Sundo”—before he entered the camp.

The actor was originally supposed to have only a quick photo op with the President.

“He was about to leave, but the chopper had yet to arrive, so he invited me to sit down,” recalled Matteo, who’s a Fil-Italian citizen.

The 29-year-old celebrity uploaded photos of his time with the President on his Instagram. The post, as expected, drew mixed reactions from netizens.

“It was OK the night I posted the photos; the next day, I was bashed,” he said. “But you know, you can’t please everyone. At the end of the day, he’s our Commander in Chief, he’s our President.”

Matteo reiterated that it’s his love for the country that inspired him to join the Army.

“Whatever you do, whether you like him (Mr. Duterte) or not, you have to do what’s right for the country … As long as you’re doing it for the country and not for yourself. I’m not earning anything from being in the Army,” he said. —ALLAN POLICARPIO