Sharon to Gabby supporters: No need to humiliate or vilify me 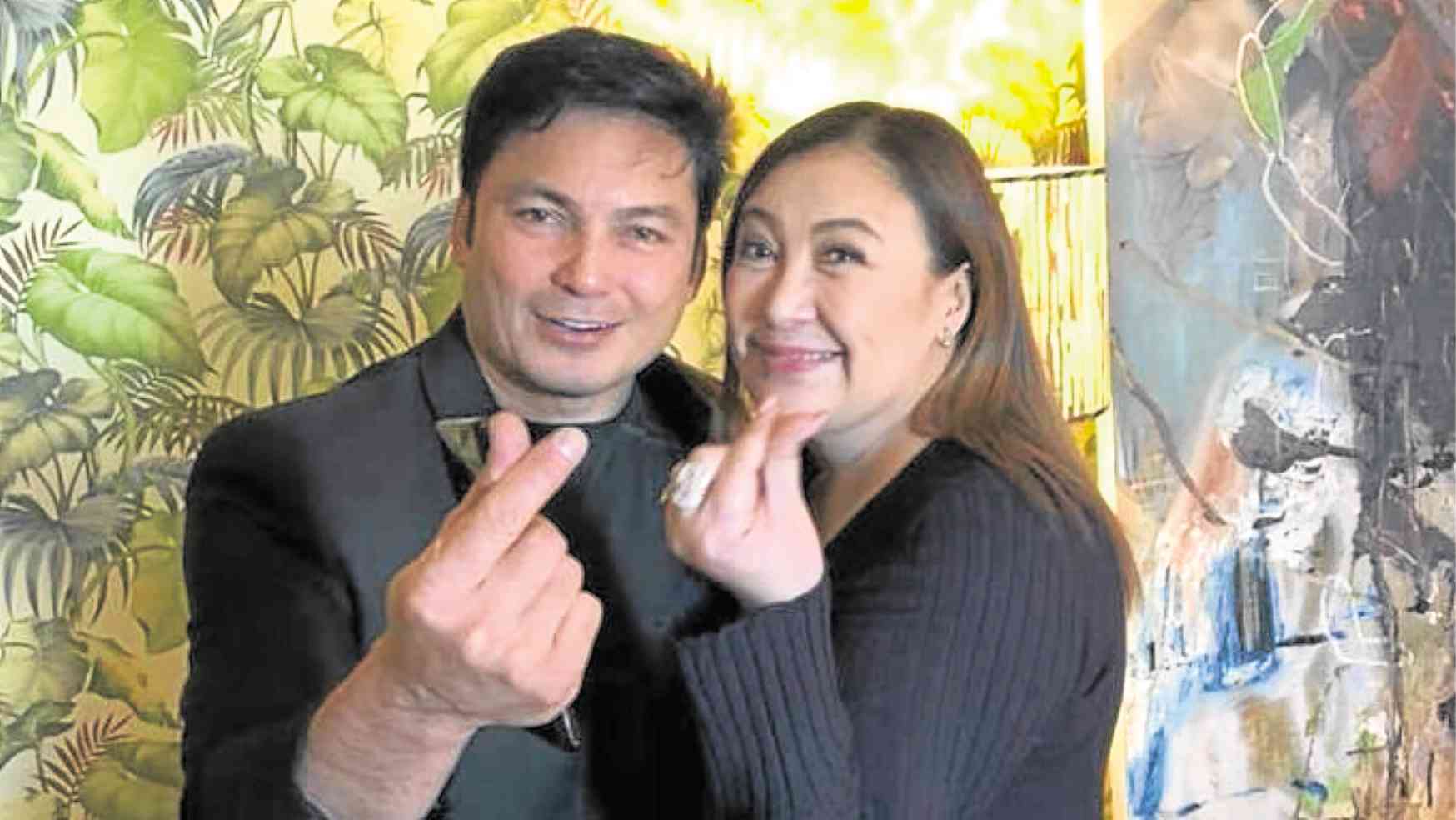 Sharon Cuneta, star of Erik Matti’s mystery-thriller “Kuwaresma,” was upset that the film shared the same opening date with the romantic-drama “Between Maybes,” which features in the lead one of her favorite coactors, Julia Barretto.

Julia played Sharon’s daughter in the rom-com, “Unexpectedly Yours.”

“We should support all Filipino movies and not make them compete with each other,” Sharon pointed out. Both “Kuwaresma” and Jason Paul Laxamana’s “Between Maybes” opened in theaters on Wednesday (May 15). “Kuwaresma,” produced by Reality Entertainment, also features John Arcilla and first-time actor Kent Gonzales.

“In fact, I tell people that more horror films will be screened later this year and encourage them to patronize as many as they can. If not, there will come a time when only Hollywood films will get shown here at wala nang sariling atin. What will happen to all the workers in this industry then?”

Asked what she thought would bring people back to watching in the cinemas, Sharon said, “A film doesn’t have to be expensive for it to be a good one. For me, the key is having a good story. If I know it will help me as an artist and will make my audience proud, I will do a project for less than my usual rate.”

Sharon did admit that times were indeed hard for most Filipinos and that she, too, has been affected. “We’re all affected by inflation. I am, too, because I have bills and mortgages to pay,” she explained. “To give you an idea, my total debt is in the millions of dollars. Nakaayos na naman, but there were times when I would survive from paycheck to paycheck. I’m currently selling my properties, which are the most premium of prime. Ramdam ko because I’m having a hard time selling them.”

To adjust, Sharon said she no longer buys stuff unless it’s something she really needs. “I stopped buying Hermes and St. Laurent. I used to just click away when I visit Amazon,” she recalled. “I recently needed help with spring cleaning. I realized that I have so much bags. If I change bags every day, I will not repeat an item for at least two years. I want a change in lifestyle. I now want to sell everything because it dawned on me that I don’t want to have such a big house to clean anymore.” 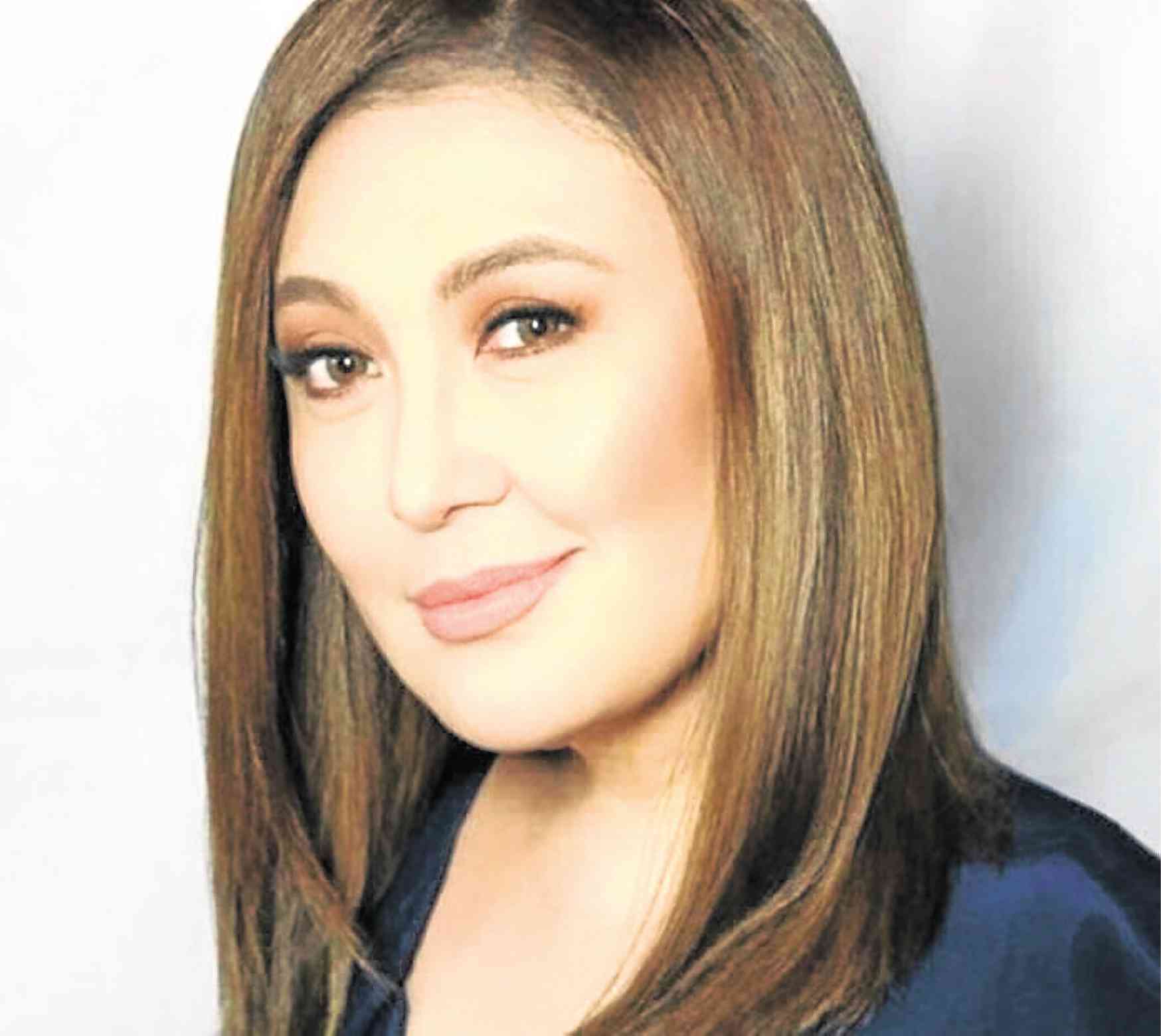 What Sharon also wants is to write a book, she said. “I had an offer from a major bookstore chain. I also promised Boss Ernie [Lopez of ABS-CBN Publishing] that I’d have a meeting with him. It’s all right here,” Sharon said as she pointed to her head. “I will write so that all the misconceptions about me will finally be straightened out. But, if people expect me to say something negative about my exes, they will be disappointed.”

The Megastar added: “What I don’t like is when people disrespect me. There are those who would try to offend me with their posts. I guess they love the Sharon-Gabby tandem so much that they forget that we already have our own separate lives. To those who side with him, there’s no need to humiliate me, vilify me and be really bastos when you post something.”

Sharon made this plea during a guest appearance on the Radyo Inquirer 990 talk show “Level Up With Noel Ferrer,” in which this writer had been guest interviewer last Saturday.

The Megastar was referring to the botched-up plan for her to make a reunion movie with ex-husband Gabby Concepcion. “I said ‘yes’ to everything during the negotiations. I wish my producers would talk instead of me. I didn’t need the extra stress. I couldn’t put up with it anymore. I asked myself, how many years have I been doing movies without him? I never used him to advance my career. To his supporters, I know he’s your idol, but I’m the mother of his eldest child—his first eldest child.”

At this point, Sharon turned to her interviewers with a sad, somber expression. “I’m being hit from all angles, except my work. I’m going through so much. There are betrayals left and right. Ang dami kong pasan. I’m so tired. When will this end?”

The actress then began to tear up. “I miss my mom and dad,” said the daughter of the late Pasay City Mayor Pablo Cuneta and Elaine Gamboa. “I miss my childhood. I miss being a daughter. I miss my [old] life. I’m going through a lot, and only those closest to me know how difficult it’s been. As for the decisions I’ve made and will make in the future, bahala na ang Diyos sa akin. A lot of people have hurt me. Before, I thought that if you give only goodness, that’s what will come back to you—not all the time, I figured.”

Sharon said it’s her being an actress that keeps her motivated. “Because it puts me in a certain position wherein I am able to inspire people,” she declared.