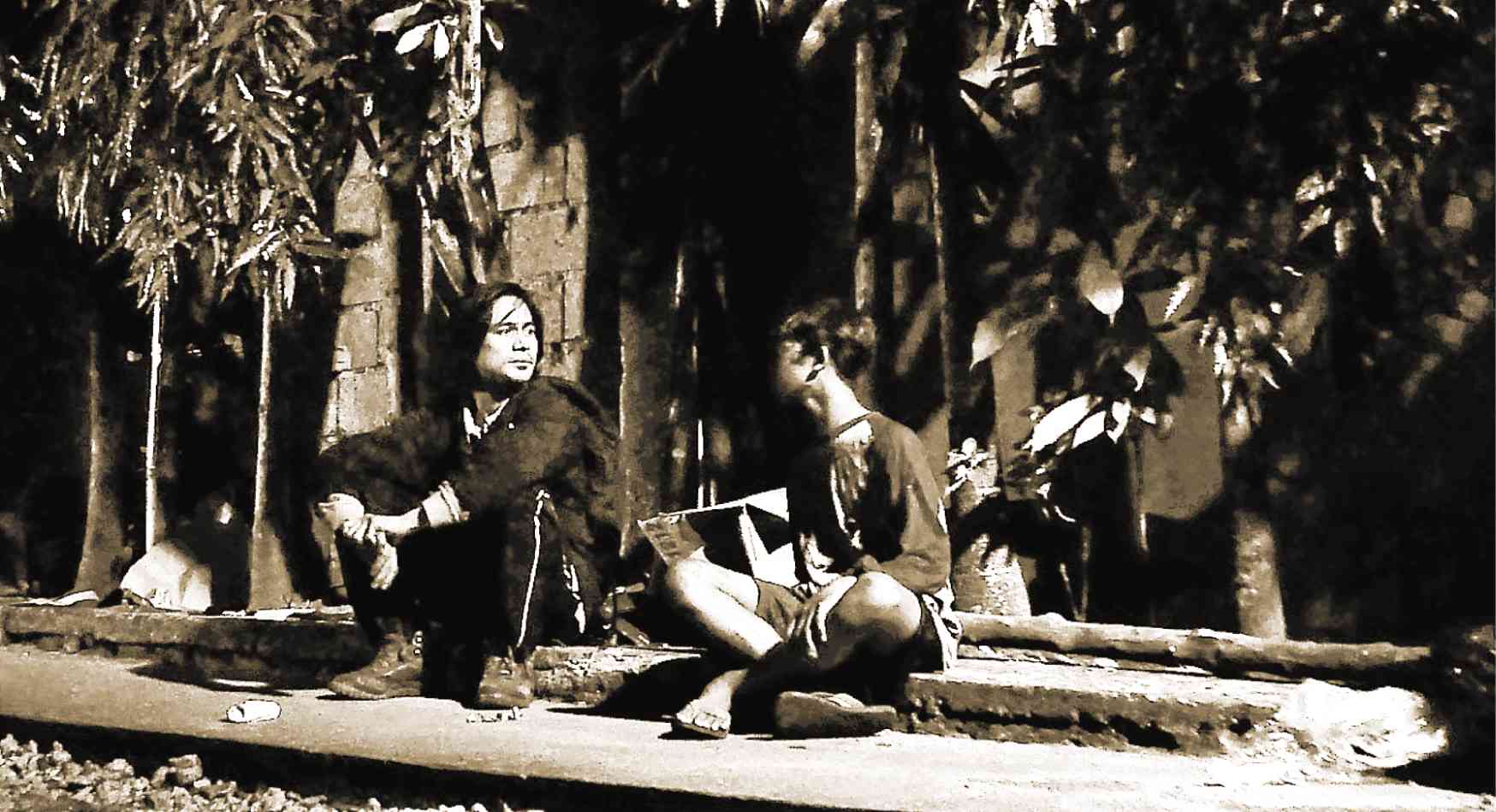 LOS ANGELES—“I can’t attend Cannes because of my teaching commitment here in Cuba,” Lav Diaz announced for the first time in my e-mail interview with the Philippines’ preeminent auteur filmmaker.

Lav’s latest cinematic opus, “Ang Hupa (The Halt),” is entered in the Directors’ Fortnight—an independent section held parallel to the ongoing Cannes Film Festival, considered the world’s most prestigious. The fest dates coincide with a crucial period in the film school in Cuba where the award-winning filmmaker has been teaching. It’s the period when Lav’s students present their film projects for his evaluation.

“I feel bad, but I’m cool with it,” said the Filipino director whose films have won best picture prizes in numerous festivals, including Venice, Berlin and Locarno. “I’m happy working with promising filmmakers from all over the world. Discoursing their works and engaging with their views keep my faith in cinema and humanity. And also, witnessing and experiencing the state of Cuba is soul-stirring. I feel regenerated.”

He has been teaching film master class and practicum at Escuela de Internacional de Cine y Television in Cuba. It’s a two-month stint that Lav says he can do annually, if he agrees to do it.

He stressed, “But my (‘The Halt’) actors and producers are going to Cannes. So, we’re well-represented.”

Lav himself supplied the synopsis of the film which he wrote, shot and directed, as usual. Known for the epic length of his movies, “The Halt” runs “four hours and 48 minutes,” according to the filmmaker.” He added, “But I’m not sure now. Maybe four hours and 38 minutes.”

Some of Lav’s film gems include “The Woman Who Left,” “Norte, la fin de l’Histoire,” “From What Is Before,” “Batang West Side” and “Melancholia.”

The Mindanao-born director supplied the film’s synopsis: “It is the year 2034 AD and Southeast Asia has been in the dark for the last three years, literally, because the sun hasn’t shone as a result of massive volcanic eruptions in the Celebes Sea in 2031. Madmen control countries, communities, enclaves and bubble cities. Cataclysmic epidemics razed over the continent. Millions have died and millions have left. 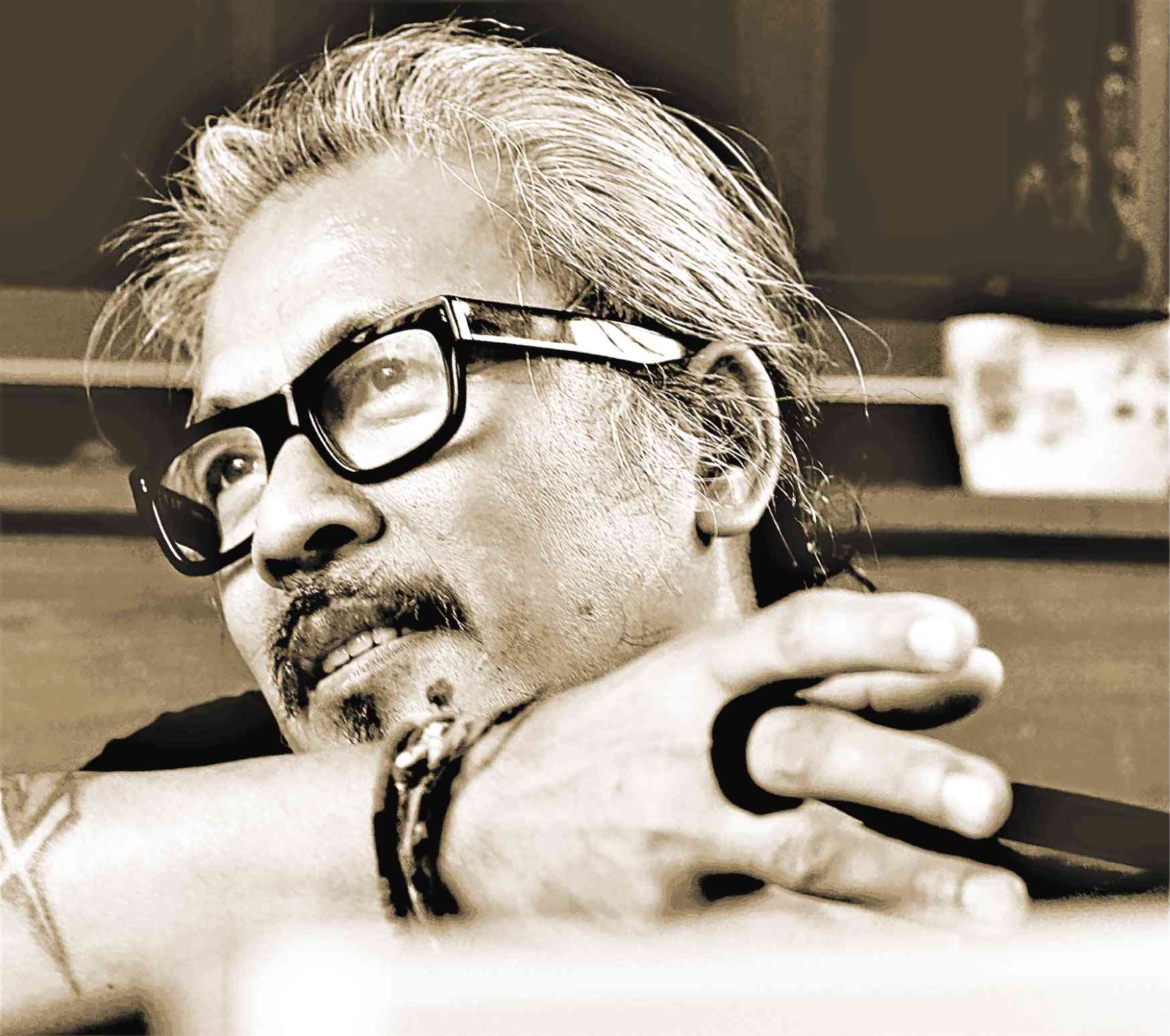 Lav also shared his Director’s Statement on “The Halt”: “I was wandering aimlessly by the waters of one of the cities I visited last year (for a film festival that hates Hollywood so much) and I passed by a group of locals listening intently, fondly to their ‘Socrates,’ an old man. I had my camera and I recorded some parts of his soliloquy. The big waves and the strong wind, plus the wails of seagulls, albeit distracting, created a mix of poignancy and urgency, some dirge:

‘Dictators … fascists … despots … mad leaders … they all have genetic predisposition to tell the world that they have the biggest cocks; or, they have voluminous bragging tales about their molestations and rapes of women; or, that they are the biggest cocksuckers in the world, with their plundered millions and billions stashed in their secret bank accounts in Switzerland, Singapore and the Bahamas; and having perennial delusions and fantasies of ambrosial romantic affairs; or, they profess to actually hearing the voice of God and other mystical creatures from thunderstorms and behind their ears, anointing them as the chosen ones.

‘These incessant blusters extend to the other side of the black hole because this universe is just too small for these megalomaniacs. Humanity’s proclivity to ignorance and mythmaking always leads us to these people, unfortunately; these psychos and schizos. Complicity and apathy play big roles, too, albeit there are myriad reasons why people act the way they do.

‘Psychiatrists and psychologists are wont to deduce that we are all guilty, on varying degrees and levels, depending on what interest we have. What are they inside the walls of their palaces, mansions, summer hideaways and safehouses? And why is it that only mob culture can truly destroy them?’

“When the crowd dispersed, he seemed calm and seated on a big stone and just stared at the imposing ocean, I tried to connect by saying hello.

“And the next question came fast: ‘What can cinema do?’

“We went for a few beers, lamenting about the state of the world. But he remained optimistic.

“His parting words before he was engulfed by the darkness: ‘Don’t trust what you know.’” 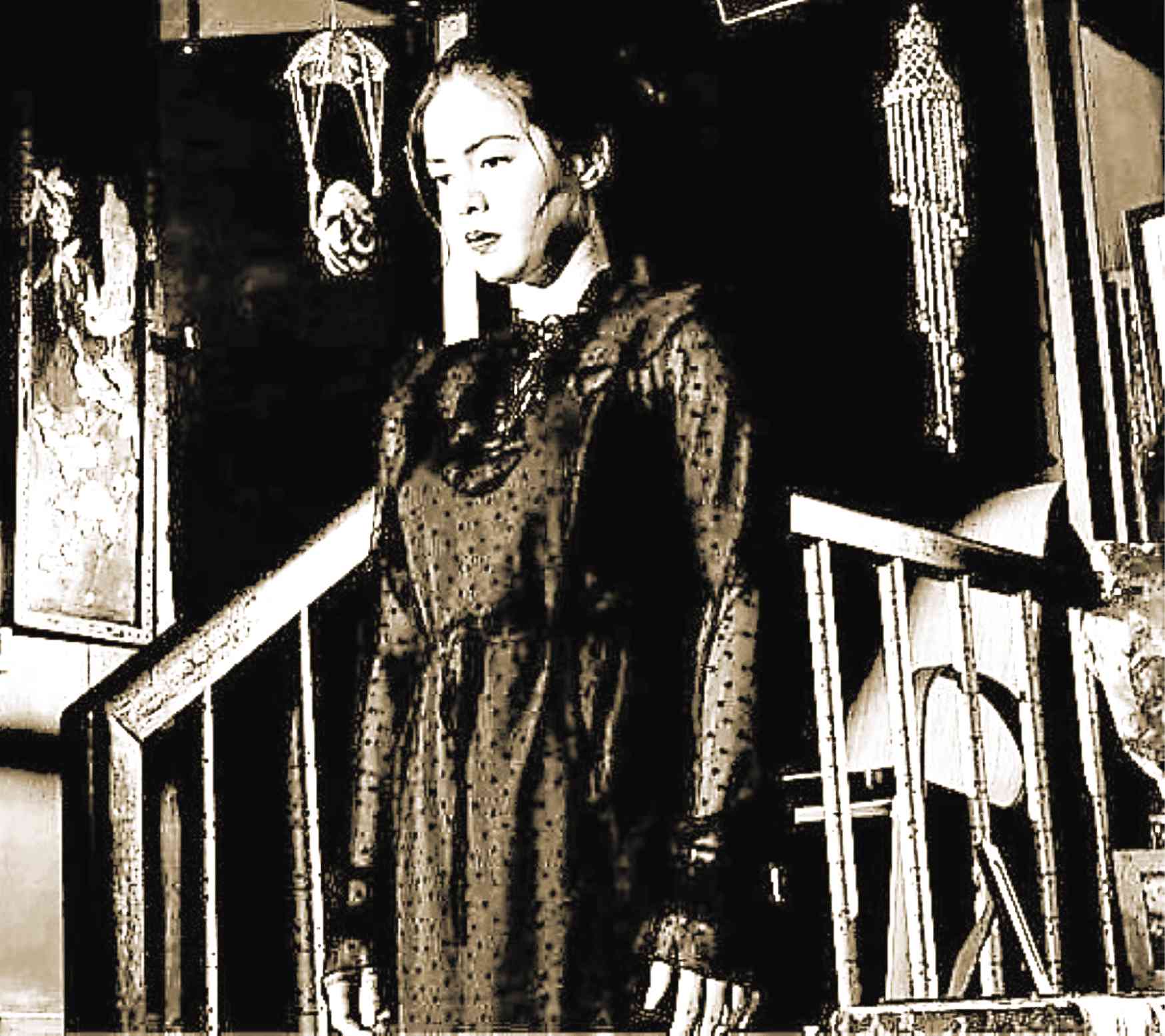 When I asked Lav further about his inspiration for the film, he replied, “Marcos. Stalin. Putin. Trump. Idi Amin. Hitler. The film is a critique on the psychosis of leadership, mythmaking, demagoguery, despotism, imperialism, misogynism and crocheting.”

Nicolas Eschbach, CEO of Indie Sales, which acquired the international rights to “The Halt” ahead of the film’s debut in the Directors’ Fortnight on May 22, said to Screen Daily, “Lav delivers a very accurate comment on the political situation of his country.”

“My struggle always is to be near the truth,” Lav answered when I asked him to expand on Nicolas’ statement. “The essential role of the artist is to work for the truth, for justice, for humanity’s betterment.”

On working with Piolo for the third time, and if the actor is now his creative muse, akin to Leonardo DiCaprio and Martin Scorsese’s collaboration, Lav remarked, “Piolo and I have come to trust each other. We’ve become friends. These two attributes—trust and friendship—in a working relationship offer much on issues of pursuing aesthetic perspectives for our works.

“And Piolo has come to understand that he is very much a part of the cultural struggle. He now has a greater understanding of his role as a cultural icon and a cultural worker; and that there’s a need for greater discourse and engagement.”

Lav also explained why he loves to cast stage actors. “To say that they contribute greater gravitas to the work is an understatement because they give more. These actors are not just committed to their art, but their understanding of their roles, of what they can do and say, culturally and politically, is earnestly transcendent and generous.

“Their humility, too, is affecting. And not just that, Pinky, Joel and Bart and the other actors in this film, have a profound sociopolitical perspective. It’s always humbling to work with them.”

On Shaina Magdayao, another one of Lav’s frequent collaborators, he said, “Shaina is an ancient soul. Without saying a lot, just to be with her, during the shoot or lull moments, you can sense her deep understanding of humanity. It is the irony of her being a celebrity.

“It is easy to put her on a square box of stereotypes, the Pinoy mentality of the artista—sikat at walang alam sa buhay; or, the sociological view that oftentimes puts them on the realm of vanity, narcissism, greed and apathy.”

He recounted his first time at Cannes in 2013 when “Norte, la fin de l’Histoire” was entered in Un Certain Regard. “I was lucky to be there the first time. I’m not saying that the Main Competition is not that good at all. There are still good films there, but it’s universally apparent that it is a very compromised section in the way of its capitulation to Hollywood. I am not saying that in a derogatory manner.

“I do understand that position. In one angle, it is an imperial positioning because of its stiff competition with Venice and Berlin. But it’s also for survival.”