Russia seizes ‘Iron Throne’ ahead of GoT finale 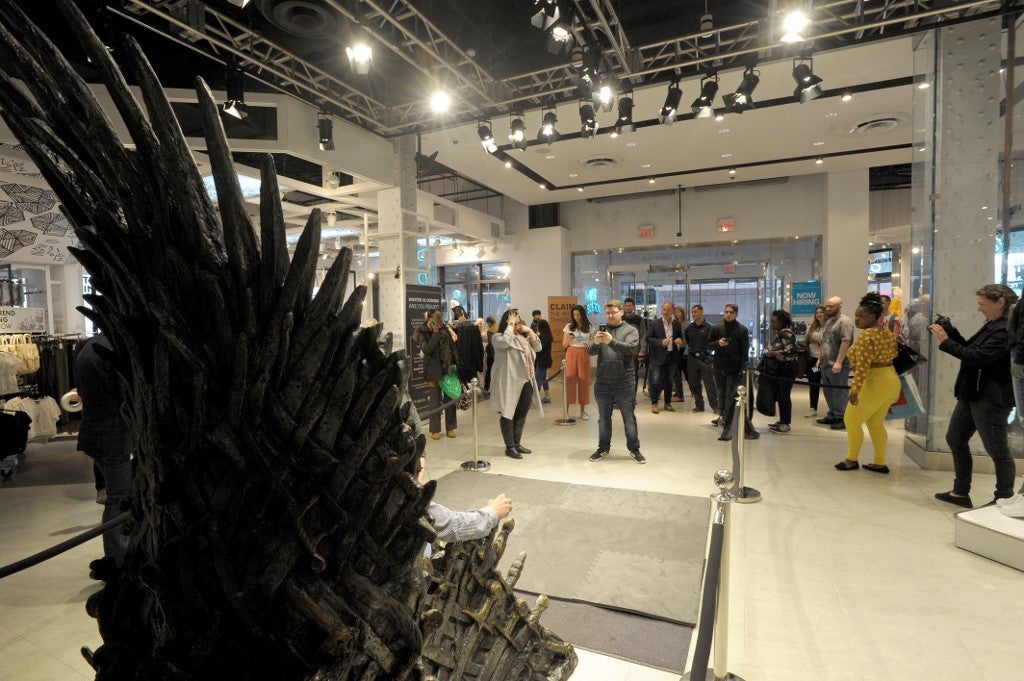 Fans wait in line for their chance to take a photo in the famed chair at a HBO ‘Game of Thrones’ final season promotional event at Primark Boston where people could sit in a replica of the Iron Throne from the show on April 19, 2019 in Boston, Massachusetts. Russian authorities on Tuesday, May 14, 2019, said they seized a replica of the Iron Throne that was illegally set up at the main square of Saint Petersburg. AFP

SAINT PETERSBURG, Russia – Stand down Jon Snow, Daenerys and Sansa. As the hit series “Game of Thrones” draws to a close, Russian authorities say they have seized the “Iron Throne.”

Traders set up a replica of the throne featured in the HBO drama in the main square of Saint Petersburg for passersby to take pictures with, city hall said Tuesday.

But during a raid, officials seized the seat, which they said was installed in the former imperial capital illegally.

They did not provide details of the throne’s location or whether it would be returned.

The last episode of “Game of Thrones”, which has enjoyed worldwide success over eight seasons, will be broadcast on Sunday.

According to a survey by state pollster VTsIOM, one in ten Russians watches the US series. /cbb