Who's who on the Cannes film festival jury | Inquirer Entertainment 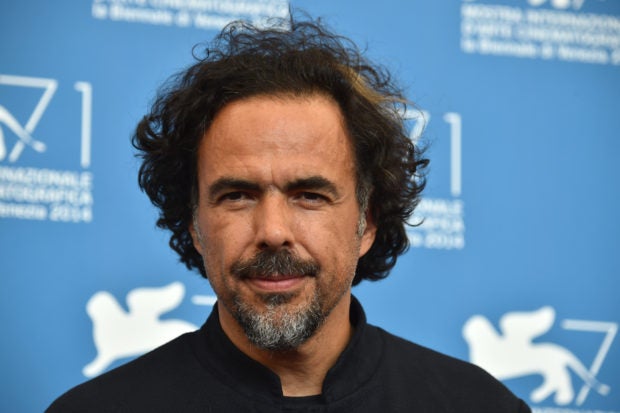 After a female-majority jury when the festival was dominated by the #MeToo movement last year, five men and four women will decide this year’s winner of Cannes’ top Palme d’Or prize.

He may now have five Oscars under his belt for the likes of “Birdman” and “The Revenant”, but it all began for the Mexican director at Cannes way back in 2000 with “Amores Perros”.

A regular on the Croisette since that staggering debut although he has never picked up the Palme. This year he returns as the head of the jury.

Now 55, Inarritu is one of the “three amigos” of Mexican auteurs with Alfonso Cuaron of “Roma” fame and Guillermo del Toro from “The Shape of Water” who have been lording it over arthouse cinema lately.

Like them, he is a director with a strong social conscience, bringing a virtual reality installation on the migrant crisis to Cannes in 2017 that went on to win a special Oscar.

At 21, the American actress may be the baby of the jury but the sometime model has a long career behind her.

She made her Cannes debut at just eight in Inarritu’s “Babel”, six years after making her screen debut as a toddler in the Oscar-nominated “I Am Sam” alongside Sean Penn and her older sister, Dakota Fanning.

A regular for Cannes favorite Sofia Coppola, appearing in “Somewhere” and “The Beguiled” in 2017, she turned up on the Riviera again the following year in Nicolas Winding Refn’s “The Neon Demon” as a teenage model whose beauty sparks not just jealousy among her peers but a veritable bloodbath.

Despite her status as a screen and catwalk queen, the young star has been spotted queueing up with the hoi-polloi for ice cream at Cannes when not on red carpet duty.

Best known to millions of children as the voice of the mother of the heroic little boy from the animated classic “Kirikou and the Sorceress”, N’Diaye is one of West Africa’s biggest stars.

A documentary maker and activist as well as actress, she grew up in Guinea but her parents hail from Senegal and Nigeria.

She has also has spent large parts of her life working in neighboring Ivory Coast and in Burkina Faso after studying in France.

She first came to notice in Georgian Otar Iosseliani’s “Chasing Butterflies” in 1992 and won the African Academy best actress award in 2015 for “Eye of the Storm” where she played a lawyer defending a former child soldier on war crimes charges.

The queen of US indie “slow cinema” made a big critical splash ever so quietly with her last film, “Certain Women”. The film is a restrained but heartfelt portrait of women in small-town Montana with Michelle Williams, Laura Dern and Kristen Stewart.

It won the top prize at the London film festival with The Guardian’s Peter Bradshaw marveling at how even an opening hostage drama never ruffled its quiet force.

“It’s directed so calmly it feels as if we’re watching a mild disagreement at a church coffee morning,” he wrote.

Williams was also the lead in Reichardt’s first film at Cannes, “Wendy and Lucy”, which was also widely acclaimed, and her next movies, “Meek’s Cutoff” and “Night Moves” were both premiered at the rival Venice film festival.

Many had predicted that her latest film, “First Cow”, might make the Cannes’ line-up this year, but it is still in post-production.

The Greek director who scored a huge hit this year with his Oscar-winning “The Favorite”, scored his first big international success with “Dogtooth” at Cannes in 2009.

He was back to win the jury prize in 2015 with another original off-kilter look at the world in “The Lobster”, his first film with Rachel Weisz and Colin Farrell.

He teamed the Irish actor with Nicole Kidman in his even freakier “The Killing of a Sacred Deer”, which also made its bow at the festival, where he explored family and power relationships with an unforgettable twist.

The passionate Polish director, who won Best Director last year for his black and white love story “Cold War” which went on to get three Oscar nominations, made his name with a string of brilliant documentaries for the BBC about post-Soviet Russia and the war in the former Yugoslavia.

He switched to fiction in 2001 with the acclaimed “Last Resort” which he followed up with “My Summer of Love”.

He made his dark masterpiece “Ida” after moving back from Britain to his native Poland. His story of a nun who discovers she was born Jewish during World War II won him the best foreign language film Oscar but the wrath of some conservative Catholics at home.

But few, even hardened hearts, could resist the romantic force of “Cold War”, which was based on his own parent’s stormy relationship, and which made a star of actress Joanna Kulig.

The 36-year-old philosophy graduate made her Cannes debut in 2011 with “Heavenly Body” about a teenage girl going through a religious crisis.

The writer of the Oscar-nominated “The Class”, which also won the Palme d’Or in 2008, created something of a sensation at the festival two years ago with “120 BPM (Beats per Minute)”, his sweeping portrayal of AIDS activism during the darkest years of the crisis in Paris.

It was a huge hit and France and proved a big international break-out for the screenwriter, who came to directing rather late.

Campillo, 56, also wrote and directed “Les Revenants” which was later turned into an acclaimed television series, “The Returned”.

The Belgrade-born author of futuristic and apocalyptic graphic novels is something of a legend in his adopted home of France, where his books are often instant bestsellers.

At 67, he has also directed three feature films including “Bunker Palace Hotel” (1989) with Jean-Louis Trintignant and Carole Bouquet and “Tykho Moon” (1996). HM/JB