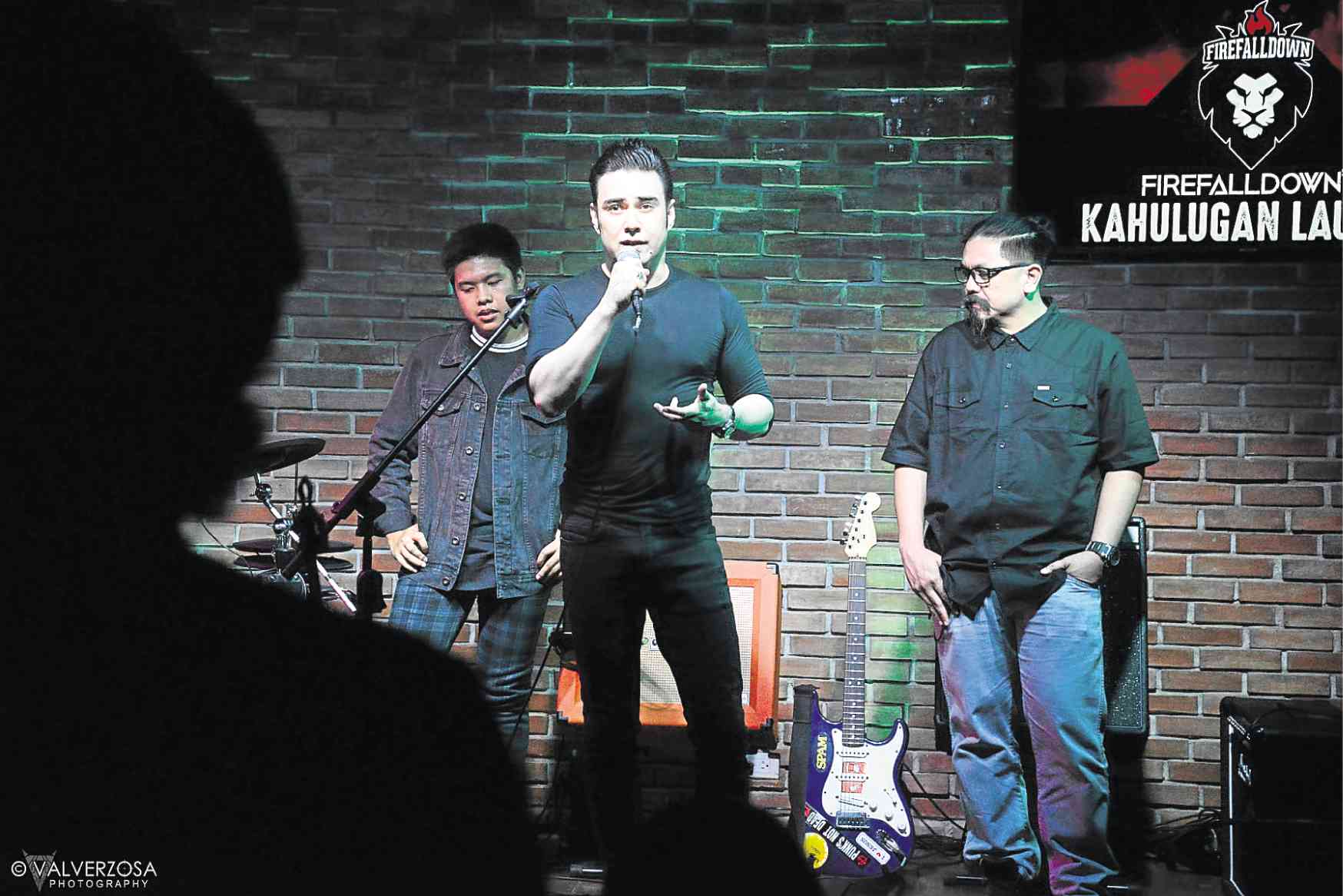 The “ultimate purpose” of every song Firefalldown puts out is to “glorify Christ.” But the message, the group’s lead vocalist and guitarist, Jon Blaylock, said, need not necessarily be preachy or explicit.

“It means that the songs were written with the intention of furthering the gospel in some shape or form. It could be by way of pointing out the depravity in the world or the contradictions in other world views, or telling true-to-life experiences,” Jon told the Inquirer in an interview.

“It’s beautiful in a way since we’re not beholden to anyone,” added the singer-songwriter, who’s best known for the rip-roaring track “Halimaw,” from the band’s second album of the same title.

The Filipino posthardcore trio—also composed of bassist Djimi Django and drummer Jedd Manjares—likewise hopes to use their music as a vehicle to promote their advocacies, and lend their voice to different topics they feel strongly about, like bullying and mental health awareness.

“But more than anything else, we want to inspire people to seek the truth. We want to encourage the people to challenge their own beliefs, and not just buy into the information that they are spoon-fed,” he said.

And Firefalldown’s latest single, “Kahulugan”—which the band released in a recent gig at their record label Warner Music Philippines’ office—hews closely to the band’s vision.

“Left to ourselves, we look for meaning in all the wrong places. As a Christian, I have come to believe firmly that it’s only through the lens of Christ and his word that anything can truly be meaningful,” Jon said of the song, which he likened to “prayer.”

“It tells of a person asking God never to loosen his grip on him or her, so that meaning will forever be sought through Christ and nowhere else,” added Jon, whose sound is influenced by such genres and acts as pop and skate punk (NOFX, Face to Face), posthardcore (Dance Gavin Dance, The Mars Volta) and rock funk and reggae (Skindred, Red Chili Peppers, Incubus).

Firefalldown was founded in the United Kingdom in 2008, before relocating to Manila in 2014. They have released two studio albums, “These Wounds” and “Halimaw,” and had the honor of opening for the American progressive rock band Coheed and Cambria in its Philippine concert a couple of years back.

Now, the band is in the middle of a concert tour titled “#Truther,” and is planning to organize a “battle of the bands” competition with Warner PH.

“Helping independent bands on the scene is also something that the band has been quite passionate about. We try to do what we can to share what we have learned,” Jon said.

Although racking up numbers and pleasing one’s label or the audience are important, they’re not the most pressing reason the band creates music.

Success or the “results,” Jon stressed, is something out of their hands. “We try to be as faithful and diligent as we can be, doing our best to write without compromising our convictions,” he said. “And the results are in God’s hands.”