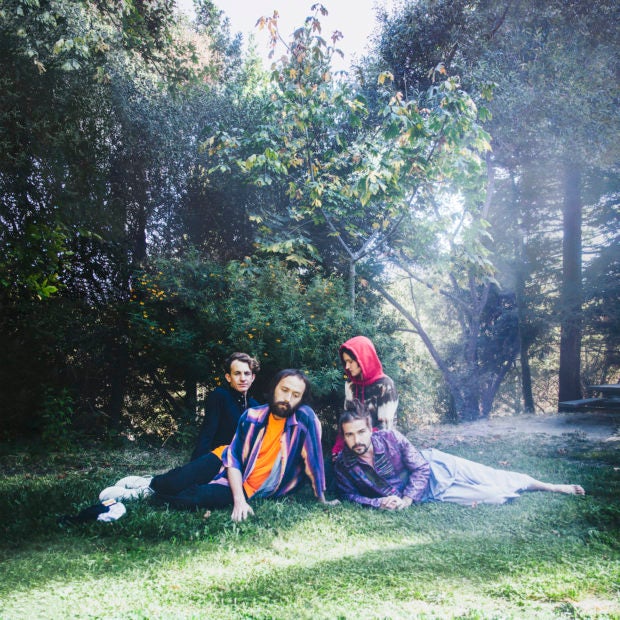 Since the band’s debut album in 2016, Big Thief has continued to pull audiences in, captured by the voice of lead singer Adrianne Lenker and the compelling, poetic lyrics the band pairs with her distinctive, delicate tone. Her voice often comes across as angelic, but on “U.F.O.F.”, the band’s third album, her voice takes a turn. Coupled with cryptic lyrics and entrancing musical composition, her voice is haunting, as it floats through the album’s 12 tracks.

Big Thief, the Brooklyn-based band comprised of Lenker, Buck Meek, Max Oleartchik and James Krivchenia, has mastered the balance of bringing the intricacies of folk to life with the grittiness of rock. “U.F.O.F.” shows the underbelly of folk — it is vulnerable, obscure and imperfect in a way that feels transparent and raw. The lyrics are more enigmatic than some of Big Thief’s previous songs, perhaps in an intentional effort to give a sense of disconnect. “Open Desert” is hard to make sense of, but holds their same poetic style.

Similarly, album opener “Contact” is a song that is hypnotic and dream-like, with ambiguous lyrics: “Wrap me in silk/I want to drink your milk.” The track closes with eerie screaming after Lenker coos, “She is both dreamer and dream.”

“U.F.O.F.” wraps itself in mystery, Lenker’s voice sounding as if it holds a secret she might whisper into your ear if you’re listening close enough. Even Lenker takes on an androgynous identity. “Betsy” is raspy and deep, sounding completely different than her usual self, showing she can play with both the masculine and feminine sides of her vocal register.

“Cattails”, ”From” and “Orange” are highlights on the record. “Cattails” plays more fully to the band’s folk side, with foot tapping percussion and a twangy guitar that feels like the sway of a cattail. The lyrical composition stays true to the band’s aesthetic with Lenker singing and reassuring, “You don’t need to know why when you cry.”

Though the album does not make itself easy to understand, there is comfort in the ambiguity. In the album’s title track, the band makes peace with the object they cannot comprehend, “To my UFO friend/ goodbye, goodbye/like a seed in the wind.” CC