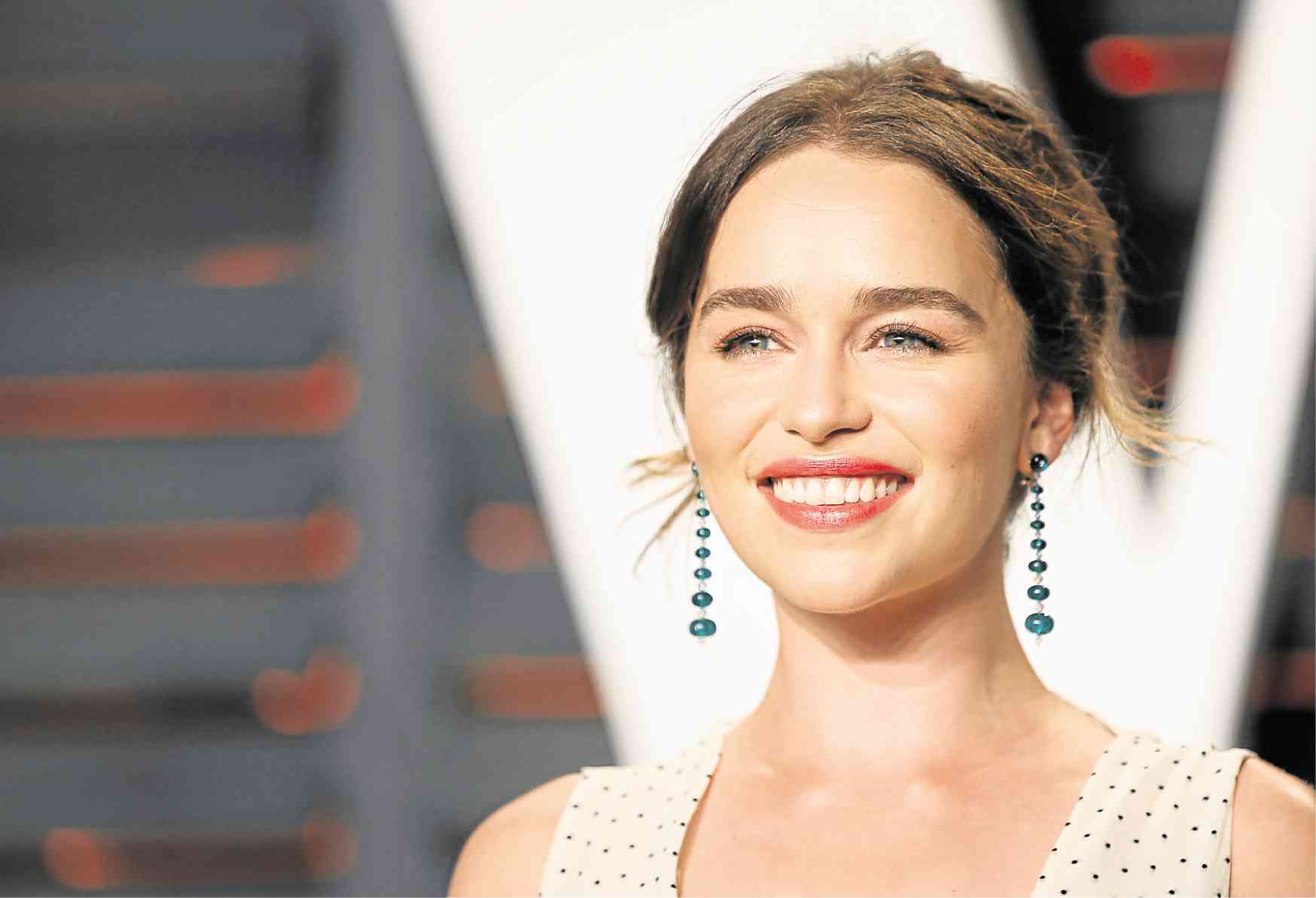 For “Game of Thrones” star Emilia Clarke, her idol Beyoncé is “the closest thing we have to Khaleesi” in real life.

That’s why, to this day, it still pains her that she “messed up” the one time she met her at a past Oscars after-party.

“She voluntarily came up to me, open-faced. She wanted to talk to this girl—she wanted to talk to me,” she recalled in a recent interview in “Jimmy Kimmel Live!” “Oh my God! And I just messed it up! She was clearly a fan, and I ruined it… A noise came out of my mouth and I think I started crying.”

“She was probably like, ‘Hey, this is uncomfortable now. I thought you would be cool—you’re not cool… Bye!’” added the British actress, who plays Daenerys Targaryen in the immensely popular HBO fantasy-drama series. “And I was like, ‘But no, can I buy you a drink?’”

Given the chance, Emilia—who was once photographed carrying a life-size Beyoncé cut-out, after the singer’s London concert last year—would like to do everything over.
“I would do another shot. I would control myself. I love her—I absolutely love her,” she said. “It breaks my heart how much I messed it up.”

Meanwhile, Emilia teased “Game of Thrones” fans, saying that the show’s final three episodes will be “mental.” The fifth one, in particular, she revealed, will be “bigger” than the much-talked about previous episode, “The Long Night.”