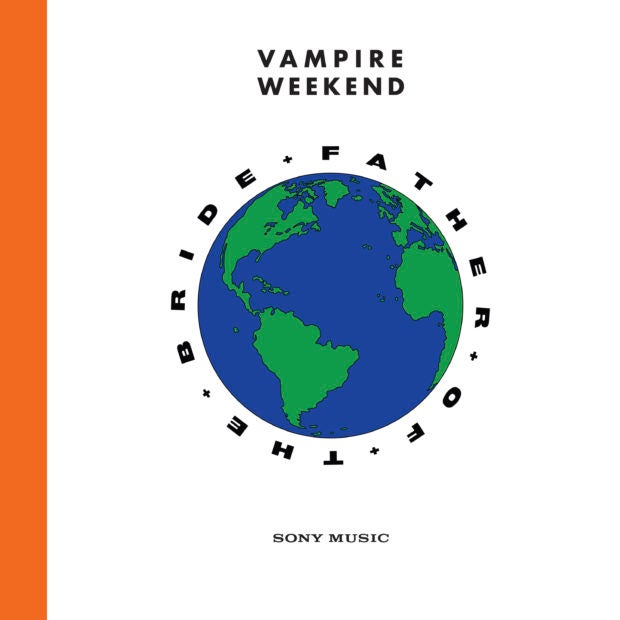 Vampire Weekend is back after six years with “Father of the Bride”, a multi-layered album both musically and lyrically that washes over the listener like a ray of spring sunshine at the end of a long winter of no new music.

But listen closely to the lyrics there’s a darker undercurrent amid the breezy harmonizing, hand claps and up-tempo jovial toe-tappers.

On “This Life”, Koenig chirpily sings about pain “as natural as the rain,” crumbling dreams, cheating partners and “this life and all its suffering.”

“Oh Christ, am I good for nothing?” he sings.

Um, wait. Why exactly are we dancing and smiling while listening to this?

A lot has happened since Vampire Weekend’s last album, “Modern Vampires of the City”, was released in 2013. Producer and multi-instrumentalist Rostam Batmanglij left the band, but he still gets credit as a co-producer on several songs. Other guests also make an appearance, including the Internet’s Steve Lacy, Danielle Haim and Jenny Lewis.

Sure, there’s some naval-gazing amid the eclectic musical styles ranging from indie pop to ska, flamenco to jazz presented over 18 songs that clock in just under a full hour.

But through the musical gumbo, excesses, juxtapositions and contradictions, it’s hard not to get caught up in “FOTB”. It’s just good fun. CC

Switchfoot floats with their tenth album: Where The Light Shines Through