Tony Labrusca confesses to shoplifting clothes, food in the past 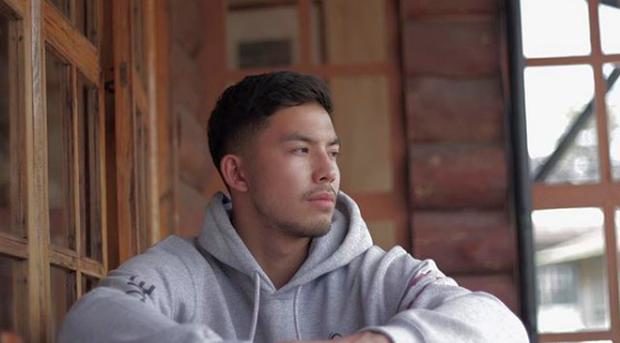 Actor Tony Labrusca did not hold back and admitted he used to shoplift clothes and food when he was still in Canada.

Labrusca came clean during his interview on “Tonight with Boy Abunda” on April 30. This was after an assumption from fans, “Nagnakaw sa convenience store dati (Stole from a convenience store in the past)!” was flashed on screen, which he confirmed as legitimate.

He clarified he did not want to encourage his fans to do the same because it is wrong, but said it came during a time when he felt his parents were not giving him enough to get through the week.

“I thought the only way that I’m gonna eat today is if I steal this,” he said.

“As in nagutom ka talaga (You were really hungry)?

(I would see a sandwich that looked really delicious but which I could not afford, then I would just steal it. And  also the drinks, they looked good.)

Labrusca said he was never caught, adding he also stole a scarf that cost C$40 (around P1,500) and two bags in the past.

“Dati kasi sa Canada malamig, so may mga stores na nagbebenta ng parang scarf… sobrang mahal, mga 40 dollars so sabi ko, ‘sige, try ko (Before, when it got cold in Canada, there were these stores that would sell scarves. They were so expensive, around C$40, so I said, all right, I’ll try it),’” he said.

The worst he ever did, he said, was when he wanted a new bag, so he went to a store to steal one. When he went out of the store with the bag, however, he realized he liked the other color more so he went back inside, took the bag whose color he wanted, placed it inside the initial bag that he stole, and then walked out with both. He added he felt so happy after he did it.

At this point, Abunda addressed his audience and said the incidents all occurred in the past. “Mga kaibigan nais ko lamang sabihin nangyari po ito in the past, nagbago na po si Tony (Friends, I would just like to say these all happened in the past. Tony has changed),” said Abunda.

(I no longer steal, I’m no longer a kleptomaniac).

Abunda then advised him to go back to the stores if he still remembers them.

“Go back and pay them,” agreed Labrusca.

“Yeah, go back and without them knowing, just leave the forty dollars, and then pay diba?” said Abunda. “It’s only between you and God anyway. Don’t do it [again], okay…”

Labrusca’s interview with Abunda was indeed a tell-all, as he also admitted to having anger issues. Labrusca issued a public apology back in January after he vented out his “frustrations” with Bureau of Immigration officers at the Ninoy Aquino International Airport, which caused the intelligence division of the bureau to push for his deportation.

Labrusca explained his anger issues stemmed from feeling as if he was not being heard while growing up: “It got to a point where I was just this angsty kid who was just so angry with everything.”  /ra