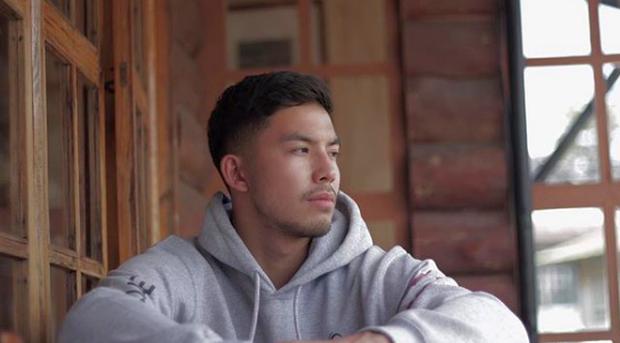 MANILA, Philippines — The Intelligence Division of the Bureau of Immigration (BI) is pushing for the deportation of actor Tony Labrusca.

Labrusca, born and raised in the United States of Filipino parents, hogged the headlines last year for his steamy kissing scene with actress Angel Aquino in the movie “Glorious.”

Before 2018 ended, he was again in the news for his outburst at the Ninoy Aquino International Airport (Naia) Terminal 1 where he was seen shouting at an immigration officer after he was only allowed to stay in the country for a month.

He already apologized for the incident.

“The [BI] Intelligence Division recommended to the Legal Division the filing of a deportation case against Labrusca, I think for working without a permit,” BI Deputy Commissioner Tobias Javier told reporters Thursday.

Labrusca, on the other hand, made an effort to ensure that he could stay and work in the country.

“I was informed that Tony Labrusca also filed a petition for recognition as a Filipino citizen, considering that both his parents are Filipinos,” Javier said.

The petition is filed with the BI. Its Board of Special Inquiry (BSI) will be the one to conduct hearings on the petition and if there is sufficient basis to grant the petition, they will make a recommendation to the Department of Justice (DOJ) for confirmation.

According to Javier, if Labrusca’s petition is granted, the deportation case will be rendered “moot and academic.”

“We could no longer deport him. He is already a Filipino,” he said.

He added that, even if Labrusca committed an offense, such as working without a permit prior to the approval of his petition, it would just be “an administrative case.” /atm