LOS ANGELES — Kristen Stewart says she felt a “huge responsibility” to define her sexuality after finding fame in the “Twilight” movie franchise. But she’s glad today’s young stars don’t have to do so. 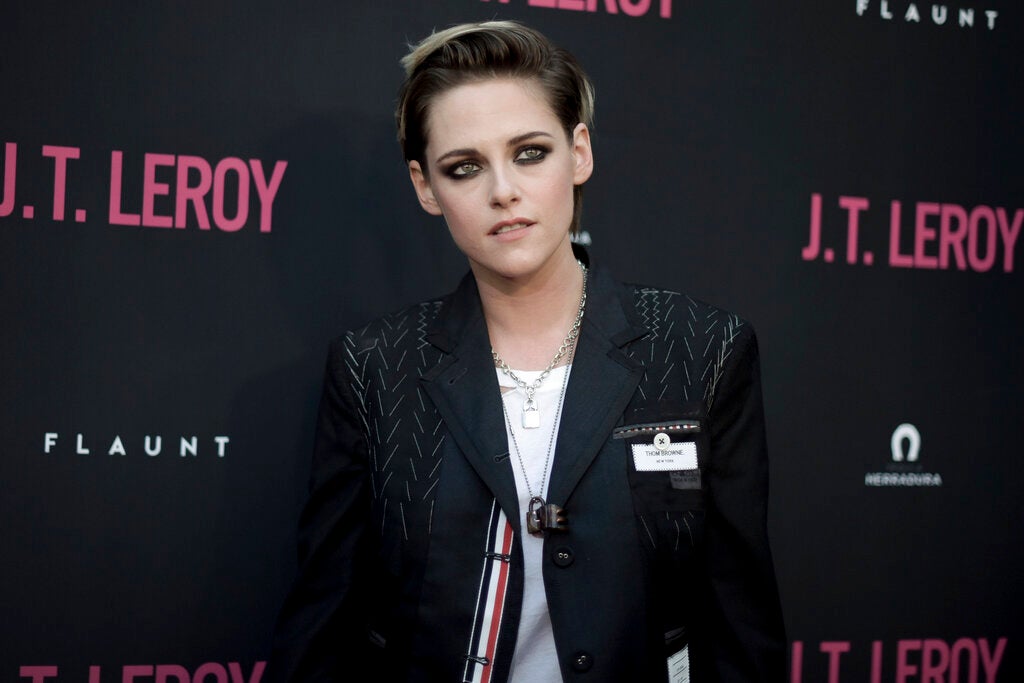 The 29-year-old actress said she was “so gay” on “Saturday Night Live” two years ago. But she sees a shift in culture that’s allowed young people — in and outside Hollywood — to accept fluidity in gender and sexuality.

“I felt this huge responsibility, like one that I was really genuinely worried about, if I wasn’t able to say one way or the other, then was I sort of like forsaking a side,” said Stewart, who also had a long-term relationship with “Twilight” co-star Robert Pattinson.

“The fact that you don’t have to now is like so much more truthful,” said Stewart.

The actress stars alongside Laura Dern in “J.T. LeRoy,” a biopic about a young woman named Savannah Knoop whose sister-in-law Laura Albert created LeRoy as a literary persona. Knoop pretended to be a man in public appearances as the celebrated author, and now identifies as nonbinary.

Stewart celebrates that decision along with statements from younger Hollywood stars like Sophie Turner, 23, who have refused to label their sexuality.

“If you were to have this conversation with someone like in high school, they’d probably like roll their eyes and go, ‘Why are you complicating everything so much?’ … Just sort of do what you want to do,'” she said. “It’s really nice.”

Stewart says contemporary culture is still struggling to define fluid gender and sexuality: “I just feel like we don’t even have the words to describe the complexities of identity right now.”

Stewart says she’ll be putting that spirit into her feature film directorial debut, an adaptation of the memoir of a bisexual swimmer-turned-artist titled “The Chronology of Water.”

“So much of that spirit is completely about finding a new language. And like really understanding that your word house, so to speak, is constructed by you,” she said.

“And you can also have a million definitions of any word you want. Like they are open for interpretation. … So like words as solace — because they really can be used as weapons or really like more saviors.” NVG