Why no more sexy roles for Kim Domingo 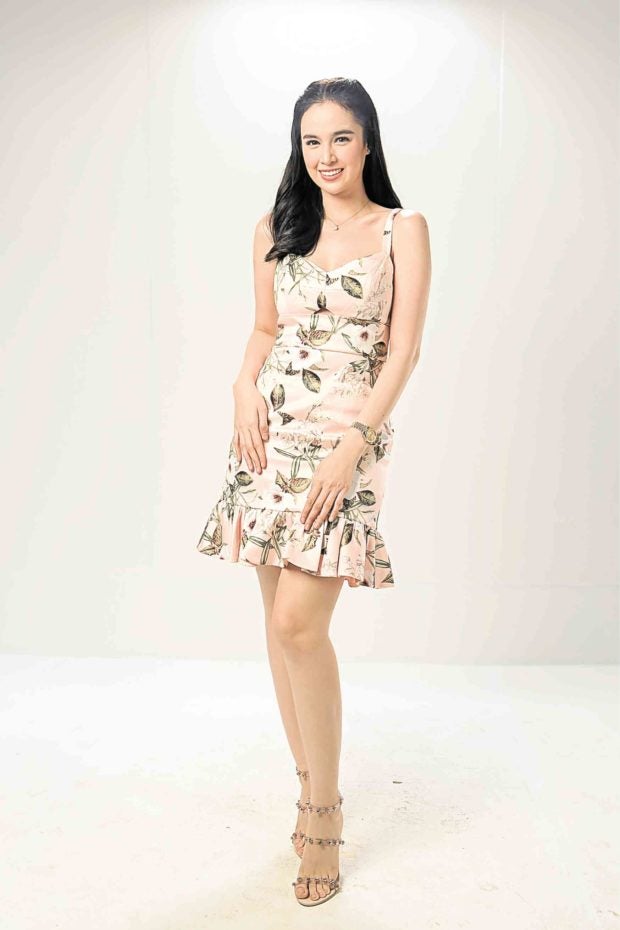 As she works on fulfilling her dream of becoming a dramatic actress, Kim Domingo has decided to stop accepting overtly sexy roles, or show too much skin on-screen, saying that doing such things no longer makes her happy.

“I liked what I was doing when I first started in show biz, because it was quite similar to my prior job as a model. But one day, I realized my heart simply wasn’t in it anymore,” Kim told reporters at a recent visit to the set of “Kiko en Lala,” an upcoming comedy flick by GMA Film’s Backyard Productions.

Until recently, the 24-year-old GMA 7 talent has been packaged as a sultry actress who dabbles in comedy. Now, she wants to show a different side of her.

“Even back then, I have always been vocal about my desire to be given good breaks in drama. I hope to prove that I can also do other things aside from comedy or going sexy,” she said. “That’s why if there’s an offer to do an episode of shows like ‘Wish Ko Lang,’ I make sure to grab the opportunity.”

“I want to win an acting award in the future,” added Kim, who’s working with Super Tekla, Ai-Ai delas Alas, Derrick Monasterio, Kiray and Jo Berry for the said movie, which is set for a May opening.

But this doesn’t necessarily mean, she jested, that she would start dressing up dowdily. “I’m not saying naman na balot na balot ako,” Kim said. “I endorse a clothing brand for which I model underwear, so that can’t be helped. But if I could, for instance, put on a one-piece swimsuit instead of a two-piece bikini, I would do it,” she said.

In a previous interview with the Inquirer, she admitted that she used to get depressed from being bashed and called “all sorts of things” because of her image. But that doesn’t have anything do with her recent career move.

“The people around me don’t have anything to do with it; no one was stopping me from doing projects that require me to be sexy. It is my own decision … I’m not trying to please anyone,” stressed Kim, who likewise denied that it was her boyfriend, Mike Acuña, who was holding her back.

“He has never meddled in my career in the three years we have been together. Never niya akong pinagbawalan,” she said of Mike, whom she hopes to be “the one.”

Marriage, however, is out of the question at the moment. “I still have a lot of plans, things I want to do. And I think it’s too early for that ” Kim said. “I’m also a breadwinner—may mga pinag-aaral ako.”

Kim is fully aware of the possible consequences of her career decision. But she feels secure, knowing that her mother network has her back.

“I told them about my limitations, and I’m glad that they have been nothing but supportive,” she related. “I have thought about how this would affect my career. And if the projects dry up as a result, at least I can say that I did something I wanted.”