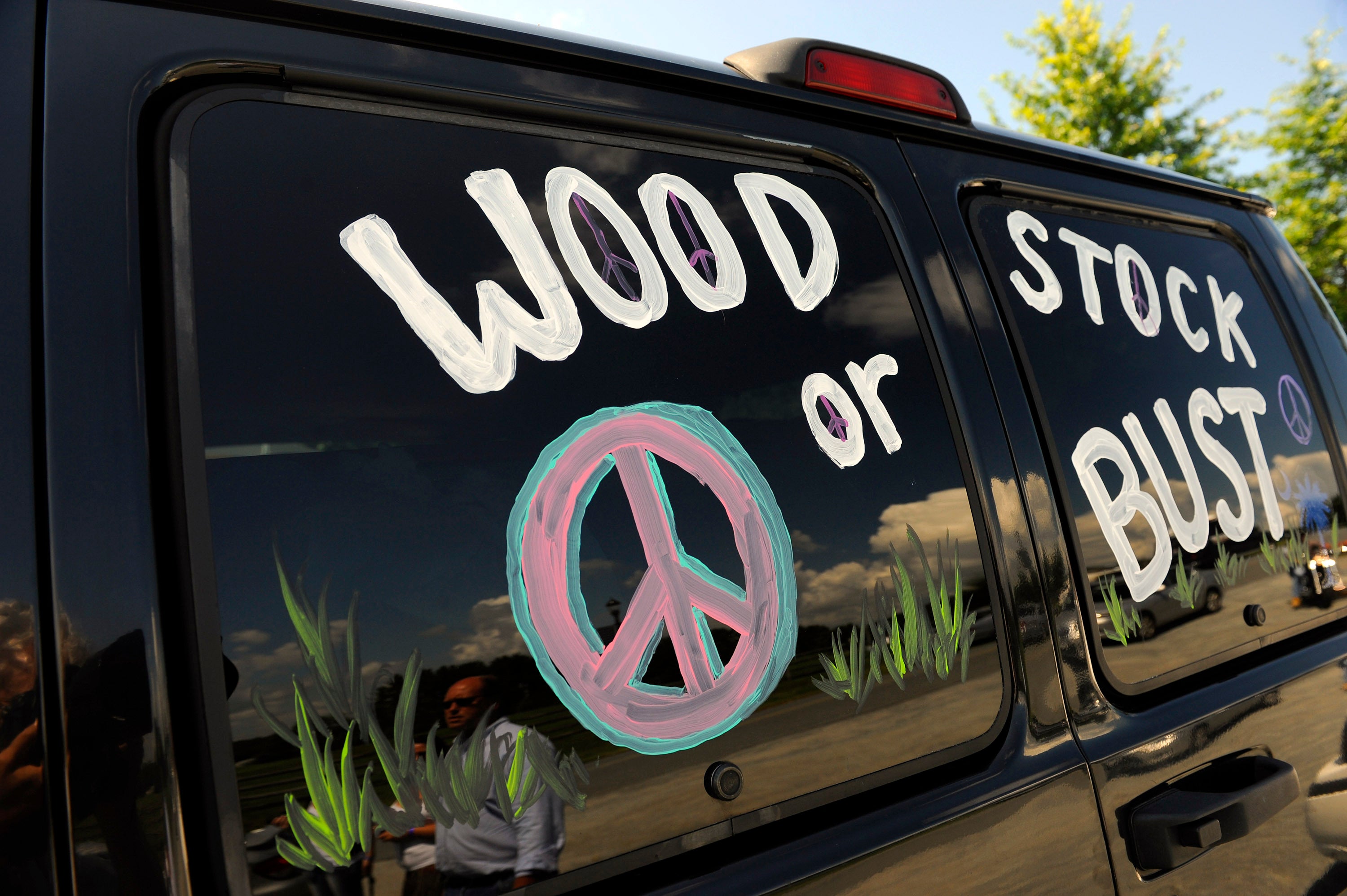 This August 14, 2009 file photo shows a van decorated with “Woodstock or Bust” at the original Woodstock Festival site in Bethel, N.Y. Woodstock 50 is proving to be as chaotic as the original festival held in 1969. A financial investor in the festival announced Monday, April 29, 2019, it was pulling its funding from the anniversary event, set to take place Aug. 16-18 in Watkins Glen, N.Y. (AP Photo/Stephen Chernin, File)

NEW YORK — Woodstock 50 will go on despite the loss of a major financial partner, according to the organizers of the beleaguered anniversary event.

In a statement released late Monday, Woodstock 50 co-founder Michael Lang and Woodstock LLC said that they were “committed to ensuring that the 50th anniversary of Woodstock is marked with a festival deserving of its iconic name and place in American history and culture.”

They said that would continue despite the announcement earlier in the day that a financial investor was dropping out of the event, scheduled for Aug 16-18 in Watkins Glen, New York.

“Although our financial partner is withdrawing, we will of course be continuing with the planning of the festival and intend to bring on new partners,” the statement read. “The bottom line is, there is going to be a Woodstock 50th Anniversary Festival, as there must be, and it’s going to be a blast.”

The anniversary event has had some bumps in the road. Tickets were originally supposed to go on sale last week, but that was put on hold. And some of the performers leaked to the press ahead of its announcement.

But the biggest obstacle came on Monday when its major investor pulled out.

“Despite our tremendous investment of time, effort and commitment, we don’t believe the production of the festival can be executed as an event worthy of the Woodstock Brand name while also ensuring the health and safety of the artists, partners and attendees,” Dentsu Aegis Network’s Amplifi Live said in a statement.

That led many to assume that the event would be canceled.  Jay-Z, Dead & Company, and the Killers were announced as headliners at the concert series, to take place about 185 kilometers (115 miles) northwest of the original site. The event is separate from an anniversary concert planned at the site of the original festival in 1969.

More than 80 artists, including John Fogerty, Miley Cyrus, Santana, Imagine Dragons, Robert Plant and The Sensational Space Shifters, the Black Keys, Chance the Rapper, and Janelle Monae, are expected to perform on three main stages at Watkins Glen International racetrack in the Finger Lakes for Woodstock 50.

The original concert was held on a farm in Bethel, New York, that is now run as an attraction by The Bethel Woods Center for the Arts. The venue has its own anniversary event on August 16-18 with performances by Ringo Starr, Fogerty, and Santana. /kga