Kiana Valenciano on ‘starlet’ tag: ‘Making music isn’t about fame to me’

Kiana Valenciano clapped back to a troll who told her she would “never be famous” in her music career. 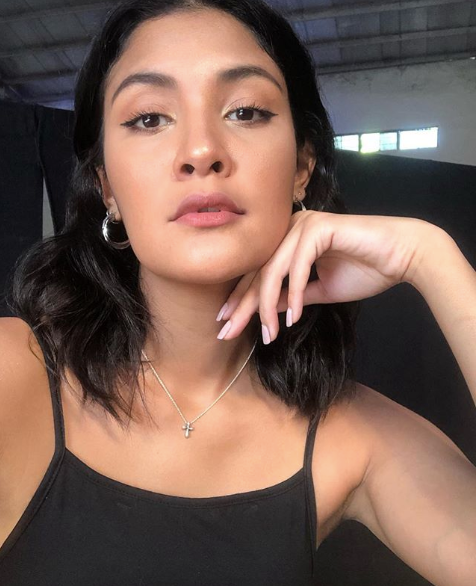 The 26-year-old singer-songwriter shared on Twitter yesterday, April 29, a screenshot of negative messages sent to her.

“Kanta kanta forever starlet naman… Paki namin kung ikaw sulat songs mo. Di ka bagay artista. I just wanted you to know you will always be [a] starlet and never big and famous like your ‘BFF’,” said the supposed troll.

(You keep singing but you’re forever a starlet. What do we care if you write your songs? You are not fit to be an artist.)

The BFF in question is presumably actress Nadine Lustre, one of Valenciano’s close friends. It can also be noticed in the screenshots that a portion of the message (“Never ka magiging…” [You will never be like…]) stating what may have been a name was erased.

“When are you gonna realize that making music isn’t about fame and hype and being an ‘artista’ to me,” Valenciano replied.

when are you trolls gonna realise that making music isn’t about fame and hype and being an “artista” to me 😂 pic.twitter.com/cBwwUA94PV

She also said that other local artists are not recognized because of the focus on “numbers.”

Singer Sofia Romualdez of the Careless Mixtape Crew came to her defense, saying she was a “true artist.”

“Her music is better than more than half the music that these ‘artistas’ make,” she said on Twitter.

She continued, “This is the exact reason why the music industry in the Philippines is failing, people put looks over actual talent and hard work. And we have so many talented artists in this country that people don’t pay attention to.”

this is the exact reason why the music industry in the philippines is failing, people put looks over actual talent and hard work. and we have so many talented artists in this country that people dont pay attention to. if its somethig we need to change its this.

Last March, Valenciano released her first full-length album, “See Me”, with ten original tracks in genres such as pop and R&B. JB

Kiana Valenciano to cyber bully: ‘Words have power, use them for good’