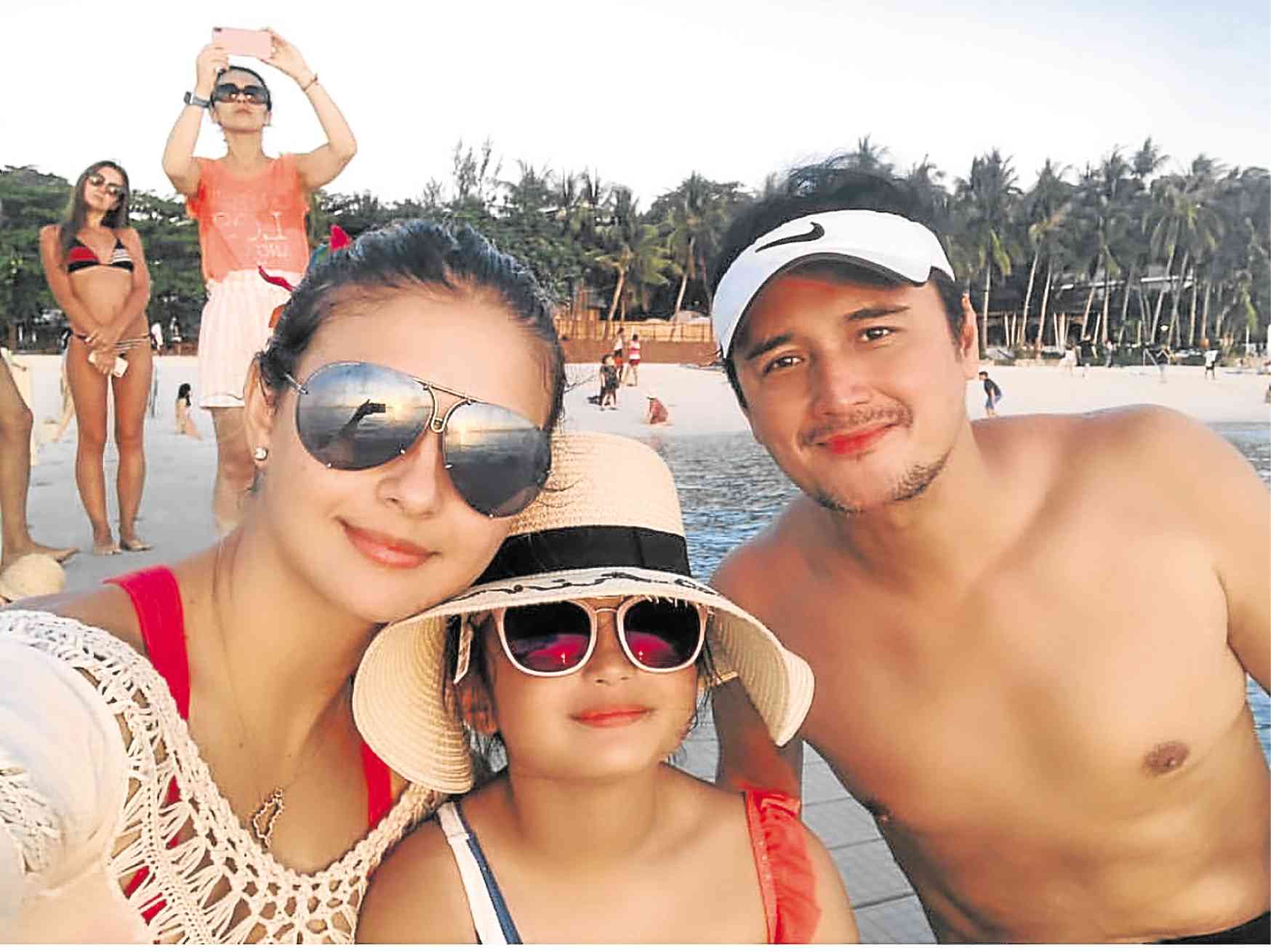 The highlight of my vacation in “Boradise” last Holy Week was bonding with my good friends, John and Pri Estrada, their adorable daughter Anechka, my Migo Boy So and my “sistah,” Tito Boy Abunda.

I goofed around with Tito Boy and asked him the two standard questions in the “Fast Talk” segment of his talk show, “Tonight with Boy Abunda.” “Lights on or lights off?” He replied, “On.” “Sex or chocolates?” He chose sex.

I could listen to Tito Boy talk all day. He told me that he was working on his third book (though I’m not at liberty to divulge what it’s about just yet) and was revved up for his teaching stint in Hong Kong.

While enjoying the sumptuous dinner hosted by Boy So at our second home, La Carmela de Boracay, Tito Boy told me that his outfits on “TWBA” were mostly his own wardrobe.
“Clothes are my only luho. Although I am also into imported brands, I also support young local designers,” he pointed out. “Binabagay ko sa guests ko ang outfit ko for each episode.”

He gets a kick out of the memes about him on social media. That only goes to show how down-to-earth the king of talk is.

It was so amusing to listen to the fab couple, Pri and John. Pri revealed that John snores so loud. She has tried all sorts of remedies on him, to no avail. “I can hardly sleep,” she laments. “So, when we are in our Cavite rest house on weekends, I stay in the guest room to catch up on my sleep.”

She also revealed that John was like a stalker when he was still pursuing her. At first, Pri was apprehensive because people told her that John was a playboy. This changed when he proposed.

A big reveal was John’s bout with depression after “Palibhasa Lalake” folded up. That was the TV sitcom that launched him to full stardom.

“I tried to put up a brave front,” he sighed. “I hated it when people asked me if I was OK.”

John totally cracked me up with his remark during our night-out in Epic. “These days, it’s hard to tell who the lady boys and the women are,” he noted.

Thank you, Tito Boy, Boy So, John, Pri and Anechka for reinventing island fun. You made me so “Bora” happy!

PERSONAL: Thanks more than words can say to Dindo Salazar, Andrew Fernandes and Lanie Gragasin of Hennan Regency Resort Boracay and to my cool amigo Pete Gonzales of Tides Boracay for an overdose of kindness.