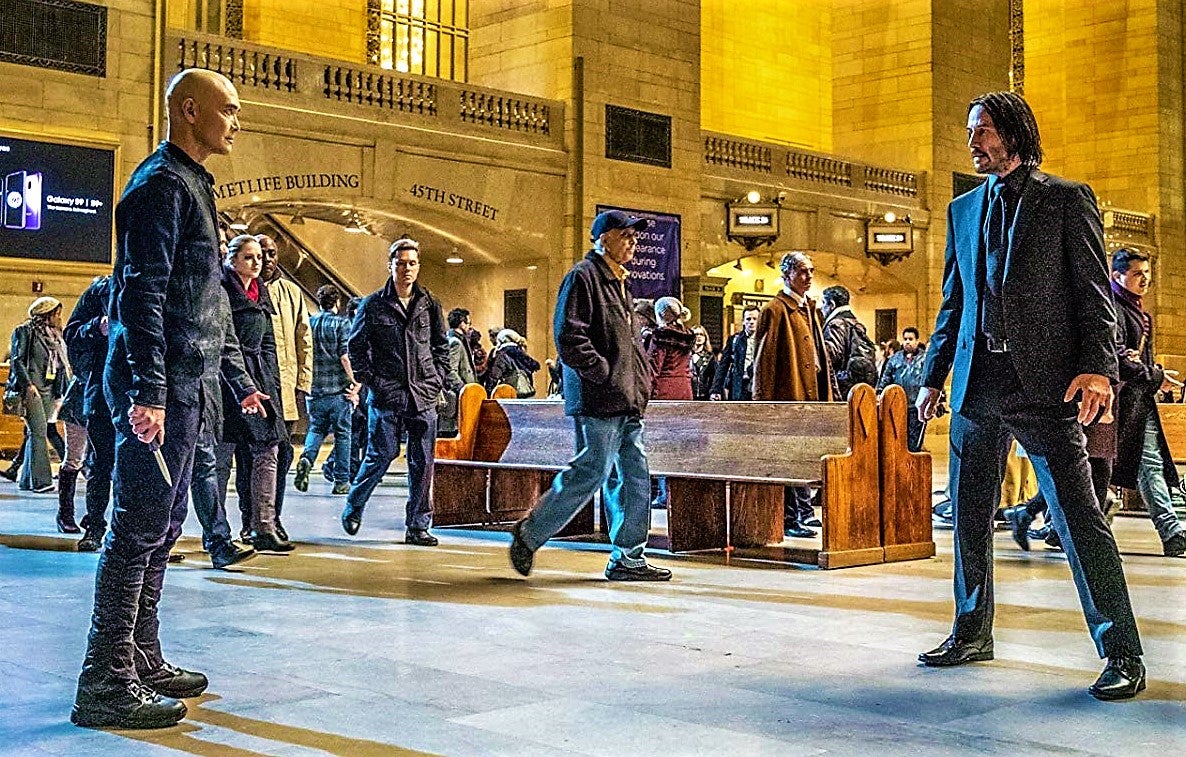 LOS ANGELES—Keanu Reeves’ “John Wick” movie series is known for its dazzling action scenes, but in the latest installment, “John Wick: Chapter 3–Parabellum,” get ready for the epic climactic fight scene between the star and Fil-Am actor, Mark Dacascos.

The Hawaii-born Mark leads a mob of hit men and women after John Wick, who has a $14-million price tag on his head. 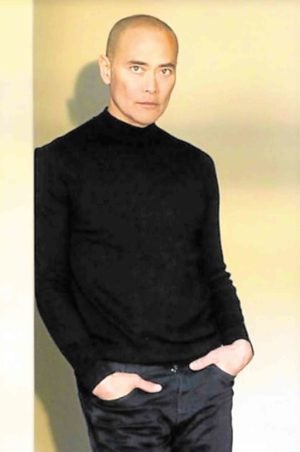 Zero is the latest in a long line of roles that Mark has tackled in his career that spanned over 40 feature films, including “Brotherhood of the Wolf,” “Cradle 2 the Grave” (where he played Jet Li’s nemesis) and the cult action film, “Drive.”

On television, his numerous credits include “Hawaii 5-0” (in the iconic role of Wo Fat), “Agents of S.H.I.E.L.D.” (Mr. Giyera) and as the star of the series, “The Crow: Stairway to Heaven.”

And of course, Mark is also known as The Chairman in the Food Network’s hit show, “Iron Chef America,” which made him a pop icon with over 200 episodes and counting.

“My whole ‘John Wick 3’ experience feels surreal,” Mark began when we asked him how he landed the Zero part. “In March 2018, I was in New York participating in another Shakespeare-Voice workshop with my teacher, Patsy Rodenburg. While there, I received a call that Chad Stahelski, who was also in New York preparing ‘JW3,’ wanted to meet with me. Of course, I was excited and honored.

“The meeting lasted over 2 hours and concluded with Chad telling me he was interested in having me play a featured role in the film. Maybe a couple of scenes, sometime in October. I was thrilled and grateful. But that’s not what made the experience surreal.

“Cut to the month of May, one Sunday night. I got a text from Chad. He asked me to call him first thing Monday morning. I called. He told me that things have changed and that he’d like to invite me to now go from featured role to the lead villain. Of course, I said yes.

“That same evening, I was on a red-eye flight to New York. I arrived Tuesday morning, drove directly to set and met with Chad. He introduced me to Keanu and Anjelica Huston. I went to wardrobe fitting, got my physical, went to fight rehearsal, met with hair and makeup, and later that week, I was in my first scene with Laurence Fishburne and Asia Kate Dillon. No months of rehearsal. I just jumped right in. I was still in shock. And I was loving it!” 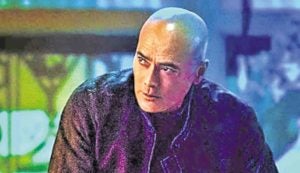 On shooting that climactic scene with Keanu, Mark said, “Filming the finale fight scene with Keanu was intense, and also very inspiring. Keanu is the real deal. He knows his judo and jiu-jitsu. He performs with excellent technique and precision. He’s very strong.

“Because we had a complicated schedule and many locations, we were not able to film the finale fight scene in consecutive days. It took us about four weeks to film it.”

We asked if he had some input in that breathtaking action sequence, given his experience and expertise in martial arts. “Yes!” Mark exclaimed. “Chad and his 87eleven Action Design team encouraged me to find my character and inject that into the way he fights. It was Chad’s direction, and the collaboration of 87eleven and me that ‘physicalized’ Zero in the fights.”

On battling Keanu in that fight scene for the cinematic books, Mark remarked, “It was a joy and honor to work and ‘duel’ with Keanu. He is a great role model onscreen and off. He is humble and kind, and appreciative of his cast and crew. And let me reiterate–Keanu is strong.”

“I was surprised at how proficient Keanu is with his judo and jiu-jitsu,” Mark added. “He is quite lethal. I saw him learn a complicated throw in just a few minutes. Keanu inspires me. The guy who taught Keanu that complicated throw was none other than Chad, our director!”

As for his memories of directing and acting in “Showdown in Manila,” Mark enthused, “I loved directing my first film in the Philippines. The natural beauty of the country, the immense talent of the Filipino actors, the creativity, resourcefulness and dedication of our crew—those things stood out for me.” 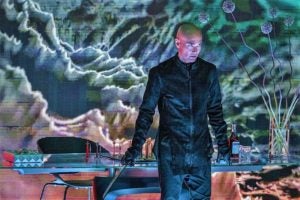 Some fans of Mark as The Chairman on the “Iron Chef America” series are probably not aware that he is an accomplished martial artist. “I like that many ‘Iron Chef America’ fans don’t know that I have experience in martial arts,” he commented. “The Chairman is different from my other roles for many reasons, and it’s important that I play him that way. But who knows? Maybe The Chairman does know how to fight. Until he’s put in that situation, we’ll be left to ponder that.”

Mark returns as The Chairman in the 13th season of “Iron Chef America,” which premieres on May 16 in the United States.

“Filming ‘Iron Chef America’ is always a joy for me,” he said of the popular cooking show that has featured chefs from Wolfgang Puck to Mario Batali. “I look forward to hearing what the fans have to say about our 13th season. The fans are the reason we have a 13th season, and I hope that they’re happy with what we did.”

For Mark, some of the highlights of being The Chairman in the Food Network series are: “Meeting some of the fans of our show, getting to know Alton Brown (host), who really is that smart, watching the Iron Chefs cook their magic in the Kitchen Stadium, having insightful conversations with our judges, and eating some of the most delicious food of my life.”

“I love to cook in real life, but I’m very much still a beginner,” said Mark who lives in Los Angeles with his wife, Julie Condra, and three children. “Julie went to culinary school and trained under Manila-born Cecilia de Castro, who owns the culinary school, Academy of Culinary Education, in Los Angeles. Our son Makoa is also currently training under chef De Castro.”

Looking ahead, Mark said, “I have a few projects coming out after ‘John Wick 3’–‘Lucky Day,’ directed by Roger Avary; the new Netflix series, ‘Wu Assassins,’ starring Iko Uwais and Katheryn Winnick; and a very personal project titled ‘The Driver,’ directed by my good friend Wych Kaosayananda, in which I get to act with Julie and our daughter, Noe Dacascos.”