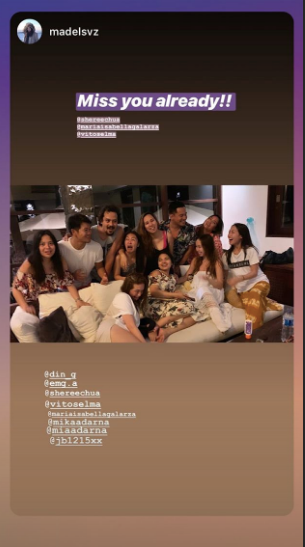 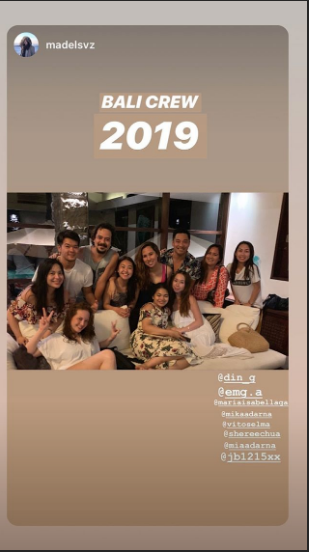 The actor posed for photos alongside Adarna and some of their family and friends during their getaway, as seen in a series of Instagram Stories posted by the actress’ relative Mika on Thursday.

The controversial sexy actress was also seen enjoying her drink while on paradise during sunset. 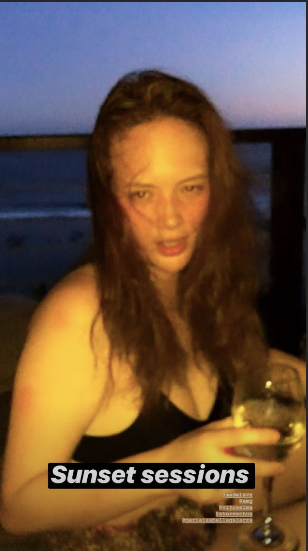 Previously, Adarna was first spotted on the island when her friend, furniture designer Vito Selma, posted a photo of her flaunting her bikini body.

Meanwhile, it has been speculated that Cruz may be on his way for a showbiz comeback after fans pointed out that the actor may be the newest endorser of a local shawarma chain.

READ: Is John Lloyd Cruz on his way for a comeback?

Cruz and Adarna have been on hiatus from showbusiness to focus on living a simple life together. /jpv