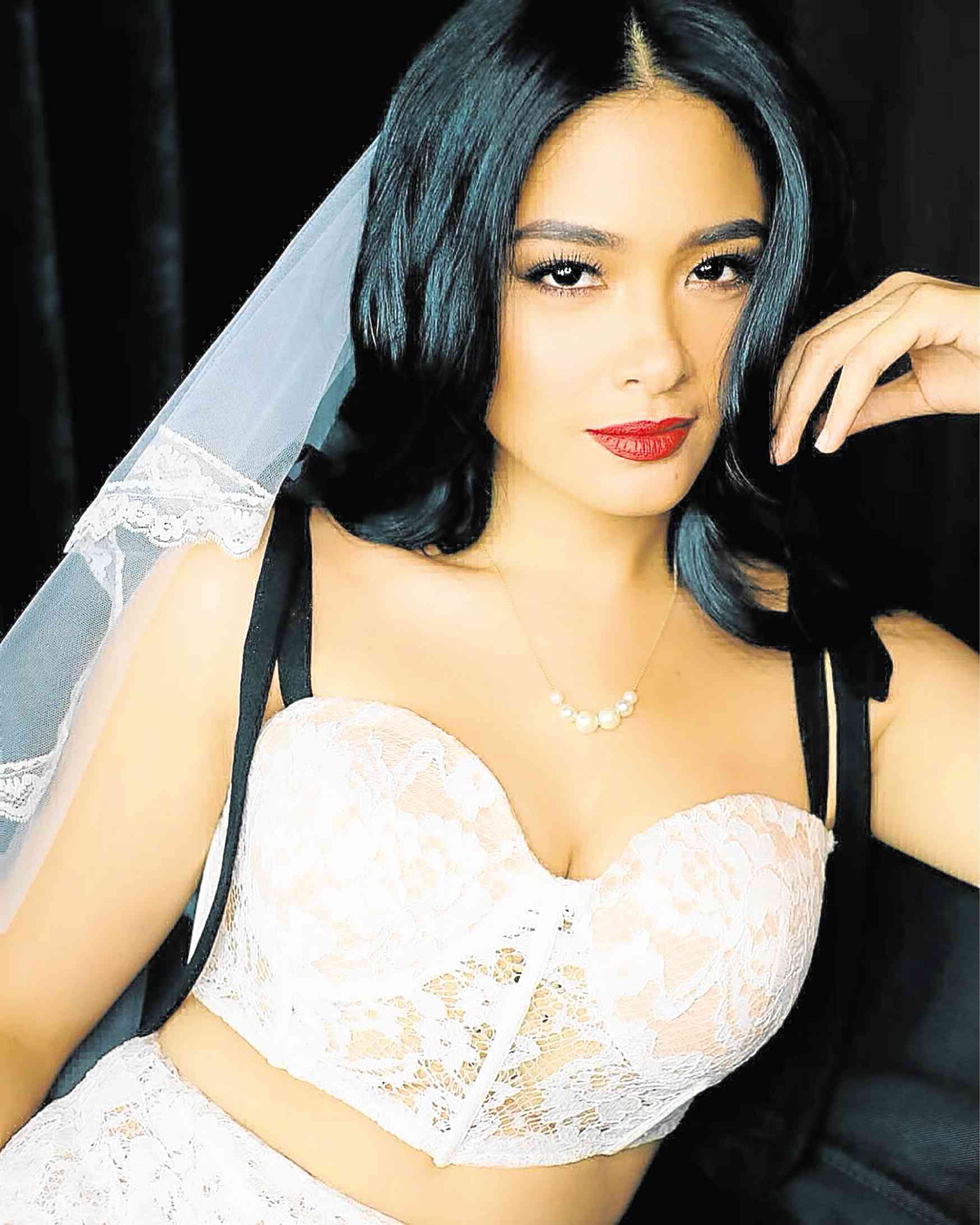 Actress Yam Concepcion said bashers have been getting more vicious toward Jade, her character in “Halik,” as the TV series draws to an end.

In fact, some of them even made an effort to take a screen grab of “sensitive scenes” from her old adult movie “Rigodon,” and made it appear like Yam herself is part of a sex scandal.

“Ibinabalik nila ang nakaraan ko, although I’m not ashamed of it—one should always remember where she came from. That was the first film I acted in. It does have sensitive scenes and even got an R-16 rating,” she told reporters.

“What’s the point of doing that? For other people to think that I’m cheap?” she asked. “Does playing sexy roles automatically make a woman cheap? Why do they have to put down people. Why not be happy for them, instead?”

Yam said that other than that particular experience, bashers don’t affect her anymore. “I know I’m effective as Jade because they’re angry with me. One netizen wants to see Jade’s body chopped into pieces in the series finale,” she added, laughing.

Yam also said she would get letters from viewers who share with her their personal lives. “I would respond to them, as well. I’d rather keep to myself what they told me, as a sign of respect,” she mused.

She said she knew a lot about infidelity long before she started working on the series, because “I watched a lot of movies with similar themes. I also interviewed people who got cheated on by their partners.”

However, she pointed out that she and Jade have totally different personalities. “May konting landi rin naman ako. I’m not boring, but I will not flirt with a man to the point of destroying his marriage. I know where to draw the line.”

Now that the series is set to air its final episode today, Yam said she has mixed feelings about it. “I’m happy because I will finally be able to rest, but I’m also sad because I’ve grown to love the people I work with. Aside from the fact that the show has helped boost my career, I’ve also learned a lot from it.”

From her character, Yam said she realized that “it’s important to listen, to be humble. You will not lose anything, if not gain more, from accepting you’ve made mistakes. You don’t always know everything. It’s better if you ask questions, too.”

If she could have her way, Yam said she would not want Jade to end up in jail. Jade’s husband Lino (played by Jericho Rosales) won the adultery case he filed against her and her ex-boyfriend, Ace (Sam Milby).

“I had wanted their marriage to be saved. Another lesson that I want to impart is that marriage is no joke, and that both parties have to value it. If I were to decide, I want the series to end with the three of them—Jade, Lino and their son CJ—as one happy family,” she stressed.

After “Halik,” Yam is considering taking up acting for film in New York City, she said. She went to Assumption College in elementary and high school, then pursued multimedia arts at St. Benilde.

Her boyfriend of four years, Miguel CuUnjieng, is currently based in San Francisco, California. “He’s very understanding of my work and is proud of me. There’s no problem in the love aspect of my life; it has actually become sweeter,” she declared.