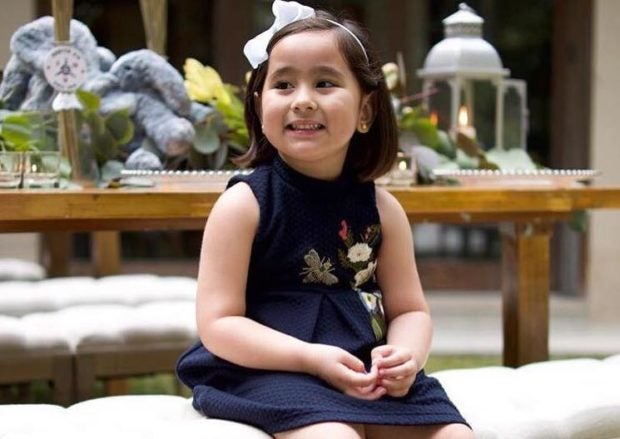 Scarlet Snow Belo gave lessons on how earthquakes work and shared safety do’s and don’ts, in light of the back-to-back earthquakes in Luzon and the Visayas recently.

In a video posted on her Instagram page yesterday, April 23, internet darling Scarlet Snow Belo told her viewers how earthquakes happen — using a piece of cloth to illustrate tectonic plates.

“The earthquake, it happens when the whole Earth shakes,” she explained. “And also the people move and shake.”

In another video posted by Dr. Vicki Belo on the same day, Scarlet Snow also taught netizens where to hide during an earthquake.

“After yesterday’s magnitude 6.1 earthquake, [it is] important for us parents to teach our kids how to be safe during an earthquake. So far, I think [Scarlet Snow] gets it,” the dermatologist said.

The little girl instructed her viewers not to hide under a glass table, as she explained that rocks will break the glass. Instead, she advised them to stay under a wooden table.

“How long will you stay there?” Dr. Belo quizzed the 4-year-old.

“Until the earthquake stops,” Scarlet Snow answered. “You need to cover your head and go to the exit.”

On Monday, April 22, a magnitude 6.1 earthquake jolted parts of Luzon. The next day, Eastern Samar was also hit by a 6.1 magnitude tremor.  According to the Philippine Institute for Volcanology and Seismology (Phivolcs), at least 421 aftershocks were recorded yesterday. JB

LOOK: Scarlet Snow takes on household chores, learns how to be a dentist