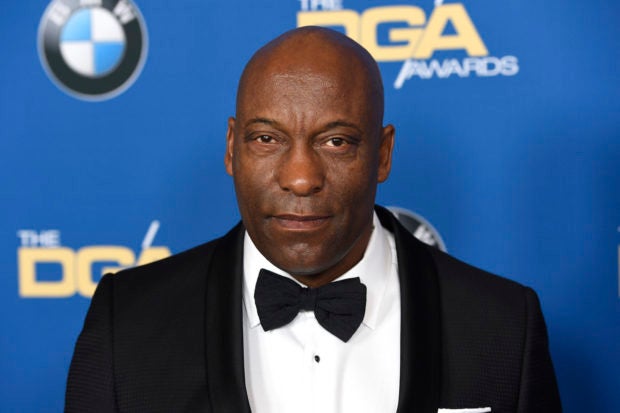 “Boyz N the Hood” director John Singleton suffered a stroke last week and remains hospitalized, according to a statement from his family on Saturday, April 20, 2019. Image: AP/Invision/Chris Pizzello

NEW YORK — “Boyz N the Hood” director John Singleton suffered a stroke last week and remains hospitalized, according to his family. Additional details, including his condition, were not immediately available.

In a statement released Saturday, April 20, Singleton’s family announced that the 51-year-old filmmaker was in intensive care unit (ICU) and “under great medical care.”

“On Wednesday, April 17th our beloved son/father, John Singleton, suffered a stroke while at the hospital,” the statement read. “We ask that privacy be given to him and our family at this time and appreciate all of the prayers that have been pouring in from his fans, friends and colleagues.”

Author Neil DeGrasse Tyson and actor Omar Epps have been among those tweeting wishes Saturday for a quick recovery.

Singleton became the first black filmmaker to receive an Oscar nomination when he was cited for his debut feature, “Boyz N the Hood”, set in his native Los Angeles and released in 1991. His other films include “Poetic Justice”, which starred Janet Jackson and Tupac Shakur, and “Rosewood”. Singleton’s recent projects include the television series “Snowfall”, a crime drama set in 1980s Los Angeles. CE

DOH warns vs heatstroke in these hot, humid times