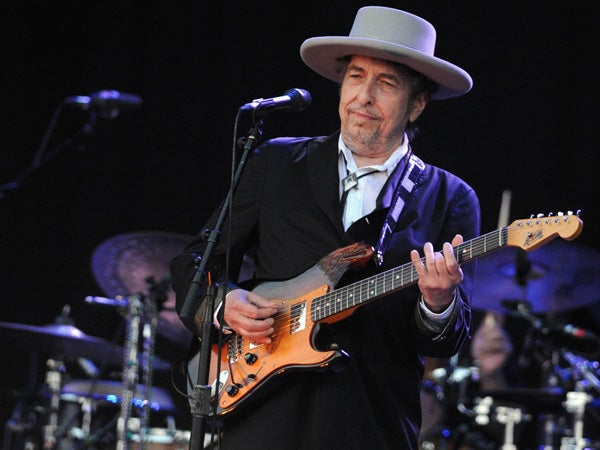 This file picture taken on July 22, 2012, shows US legend Bob Dylan performing on stage during the 21st edition of the Vieilles Charrues music festival in Carhaix-Plouguer, western France.  Image: AFP

Singer-songwriter Bob Dylan had to stop in the middle of his performance in his recent concert in Vienna, Austria, just to scold the audience for taking photos.

Dylan has had a “no photos” policy at his concerts for years and did not let one incident pass as he stopped singing “Blowin’ in the Wind” to call the audience out, as per Rolling Stone on April 17.

“Take pictures or don’t take pictures,” he told the audience. “We can either play or we can pose. Okay?”

Prior to calling out the audience for breaking his “no photos” policy, Dylan apparently tripped over a guitar monitor and almost hit the floor. The call-out was the first time Dylan had spoken to his audience after some time, as per the report. He used to introduce the band before performances, but has not done so in the past two years.

A video clip of Dylan during the concert was shared by music site Stereogum in its official Instagram page. In the video, Dylan can be seen tumbling backwards as he tripped over the guitar monitor before grumbling to the crowd about picture taking.

After the call-out, Dylan stood for a few seconds near his band as he gazed over the crowd before eventually performing a rendition of “It Takes a Lot to Laugh, It Takes a Train to Cry,” as per the report.

After Austria, Dylan is slated to make his way to Germany and Switzerland and then Spain, Portugal, Norway, Finland, Sweden and Denmark. He will cap off his concert tour in Ireland in July.  Cody Cepeda /ra