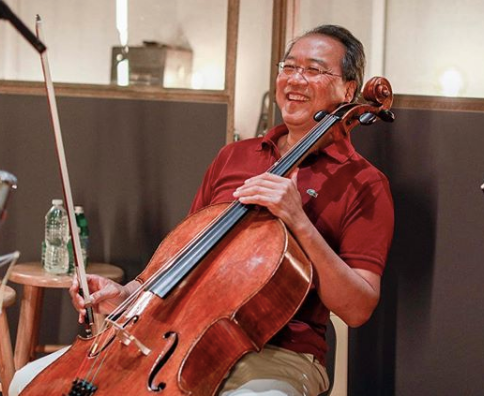 Celebrated cellist Yo-Yo Ma took to the United States-Mexico border recently. There, Ma played music as a protest to President Donald Trump’s request for a wall to combat illegal immigrants.

Ma’s initiative, called the Bach Project, has seen him travel all around the world to explore connections between cultures, as per the National Public Radio on Saturday, April 13. That Saturday, it brought him to Laredo where he played compositions of Johann Sebastian Bach.

“As you all know, as you did and do and will do, in culture, we build bridges, not walls,” Ma said in the report. “I’ve lived my life at the borders. Between cultures. Between disciplines. Between musics. Between generations.”

His performance was held in a park next to the Juarez-Lincon International Bridge, as per the report, one of the crossings that connect the U.S. and Mexican cities. Ma, apparently, was supposed to perform on the actual bridge, but was moved to the park right next to it due to concerns about traffic.

Ma shared scenes from his performance on his official Instagram page yesterday, April 17. In the photos, he can be seen playing and speaking in front of his audience.

“I learned so much about the open hearts of the people of ‘Los Dos Laredos’ on the U.S.-Mexico border this weekend,” said Ma.

Many have since praised Ma for his initiative, one of which was 16-year-old cellist Mateo Bailey from San Antonio, Texas. Bailey, the son of Grammy Award-winning cellist Zuill Bailey, grew up in El Paso, Texas on the border between Mexico and the U.S.

“I’m half-Mexican as well as half-American…” Bailey was quoted as saying. “And for him to connect cello with what’s happening in the world is like, it’s a cultural bridge that was just built, and it’s amazing.”

The huge number of migrant families crossing the U.S.-Mexico border has reached record-breaking heights, as reported last March. Over 76,000 migrants crossed the border in February, which is more than double the number from last February 2018.

The immigration crisis has prompted Trump to seek an additional $8.6 billion for his border wall funding. The 2020 budget request is $3 billion more than his budget request of $5.7 billion last 2018, one that resulted in a government shutdown and affected over 800,000 federal workers. Cody Cepeda/JB