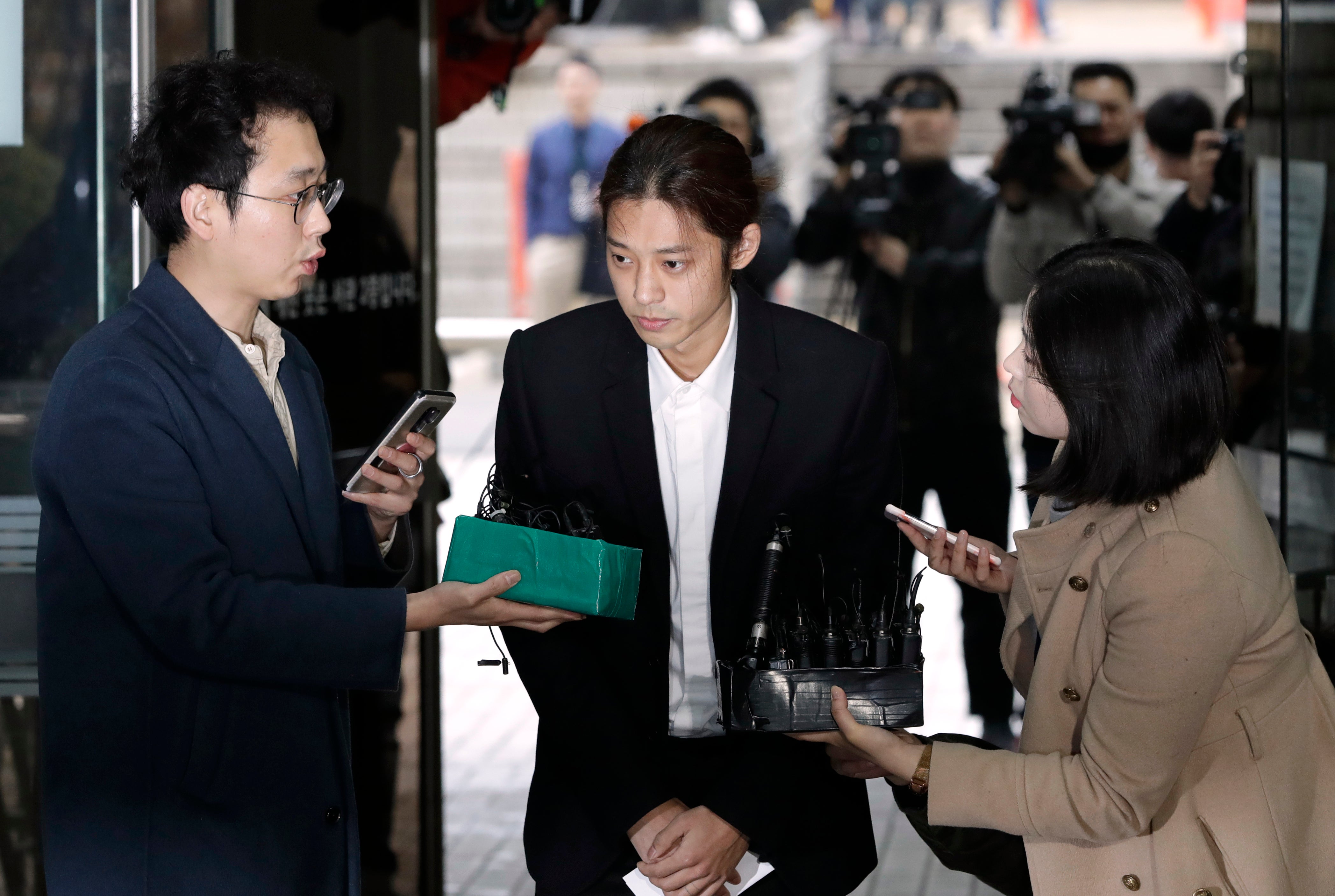 K-pop singer Jung Joon-young is questioned by reporters upon his arrival to attend a hearing at the Seoul Central District Court in Seoul, South Korea, Thursday, March 21, 2019. AP FILE PHOTO

SEOUL – The K-pop scandal revelations have made for depressing reading but one development has brightened up the day for many fans.

Reporter Kang Kyung-yoon, who broke the story on singer Jung Joon-young’s alleged sharing of illicit sex videos, has donated the bonus from her company to an organisation that helps comfort women.

The latter were forced into sexual slavery by the Japanese army in occupied territories before and during World War II.

Ms Kang revealed that an artist in Jung’s chatroom had described one of his sexual conquests as a comfort woman.

Speaking on a TV news show, Ms Kang said: “I was so shocked that I could not sleep for three days. I was full of anger. Not only is this a skewed perception towards sex, but also an absurd take on a historical viewpoint.

“So, recently, when I received a special prize money from my company for covering these exclusive stories, I donated it to the House Of Sharing organization.”

Jung has been arrested while some artists in the chatroom, including former BigBang singer Seungri and ex-FT Island member Choi Jong-hoon, have been booked for offences, from procuring prostitutes to offering bribes to cover up drink-driving.