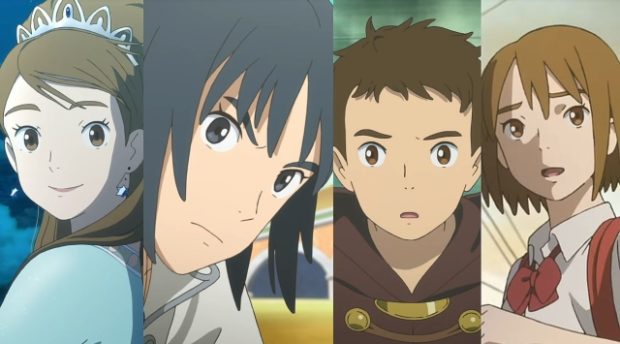 With roots in a game co-developed by “Spirited Away” and “Ponyo” house Studio Ghibli, “Ni no Kuni” is being prepared for theatrical release mid-2019.

Based on a game series inspired by the films of Studio Ghibli, “Ni no Kuni” tells the story of two high schoolers trying to save a childhood friend both in this world and another one.

After a near-death experience, Yuu and Haru gain access to a parallel fantasy world, finding that another pal, Kotona, is endangered in both realms.

Studio Ghibli, well known for a cadre of animated features that include the award-winning “Spirited Away”, “My Neighbor Totoro”, “Ponyo” and “The Wind Rises”, had assisted video game developer Level-5 in making 2010’s Nintendo DS game “Ni no Kuni: Dominion of the Dark Djinn” and 2011 PlayStation 3 equivalent “Ni no Kuni: Wrath of the White Witch”.

Both were extremely well received for their excellence as role-playing adventures and skill in blending video game elements with animé form and charm, the latter especially so after gaining international release.

Ghibli was not formally involved with “Ni no Kuni II”, released worldwide on PlayStation 4 and Windows PC in 2018, but several senior creatives led key aspects of development.

With this feature film’s story original to the franchise, dealing with similar concepts while set in the same dual worlds, Ghibli’s Yoshiyuki Momose, Akihiro Hino, and Joe Hisaishi remain in place, reprising their roles as director, writer and composer respectively.

However, instead of Ghibli, it is fellow Japanese studio OLM that is overseeing the film’s production, having worked on a host of high-profile games adaptations including shows and movies based on the “Pokémon”, “Yo-Kai Watch”, and “Tamagotchi” series.

A Japanese theatrical debut is set for sometime over summer 2019, with news to follow of any international release plans.

Japanese actor and model Kento Yamazaki, who had a co-starring role in a 2015 adaptation of “Death Note” and the Japanese version of K-drama “Good Doctor”, is to voice Yuu, as per social media announcements accompanying the trailer. CC