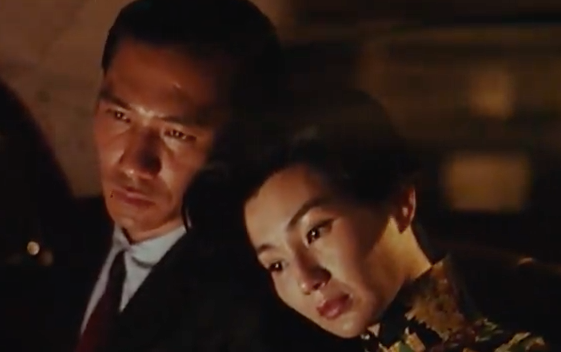 A scene from Wong Kar-wai’s “In the Mood for Love” (2000) starring Tony Leung Chiu-wai and Maggie Cheung. Image: Screengrab from official trailer via YouTube/HD Retro Trailers

Wong made the announcement to reporters after he received an honorary award at the Hong Kong Screenwriter’s Guild last March 17, as per Chinese newspaper Ming Pao via Coconuts Media on March 19.

“Blossoms” is an adaptation of Chinese novelist Jin Yucheng’s book of the same title, which won the the Mao Dun Literary Prize in 2015. It is set in Shanghai, China — nothing short of fitting for the iconic filmmaker who hails from the city himself.

“Blossoms” is a decades-spanning work, as it follows the lives of three Shanghai men from the 1960s to the 1990s. Wong spent four years working on the screenplay and hopes to start filming either by the end of 2019 or the beginning of 2020.

It is also the first time Wong noted “Blossoms” as part of a trilogy with “In The Mood For Love” and “2046”, as it is believed the two already form Wong’s informal trilogy with “Days of Being Wild”, according to The Film Stage on March 19.

No actors have been cast so far for the film, as per Wong, but when asked if the charming Tony Leung would reprise his role as Mr. Chow, he simply said, “If he can speak Shanghainese, then sure he can.”

But while Wong would be deviating from Hong Kong for his film this time around, he nevertheless remains indebted to the owners of eateries and watering holes of the region where he spent most of his time writing.

“I always like to write my scripts in places where there are lots of people, like coffee shops, cha chaan tengs, bars,” Wong said in the report. “I’d like to thank the managers of those places for looking after me and waking me up with a sandwich or iced lemon tea.” Cody Cepeda/JB

Wong Kar-wai has a hit with ‘The Grandmaster’

Neon nostalgia in Hong Kong as lights go out