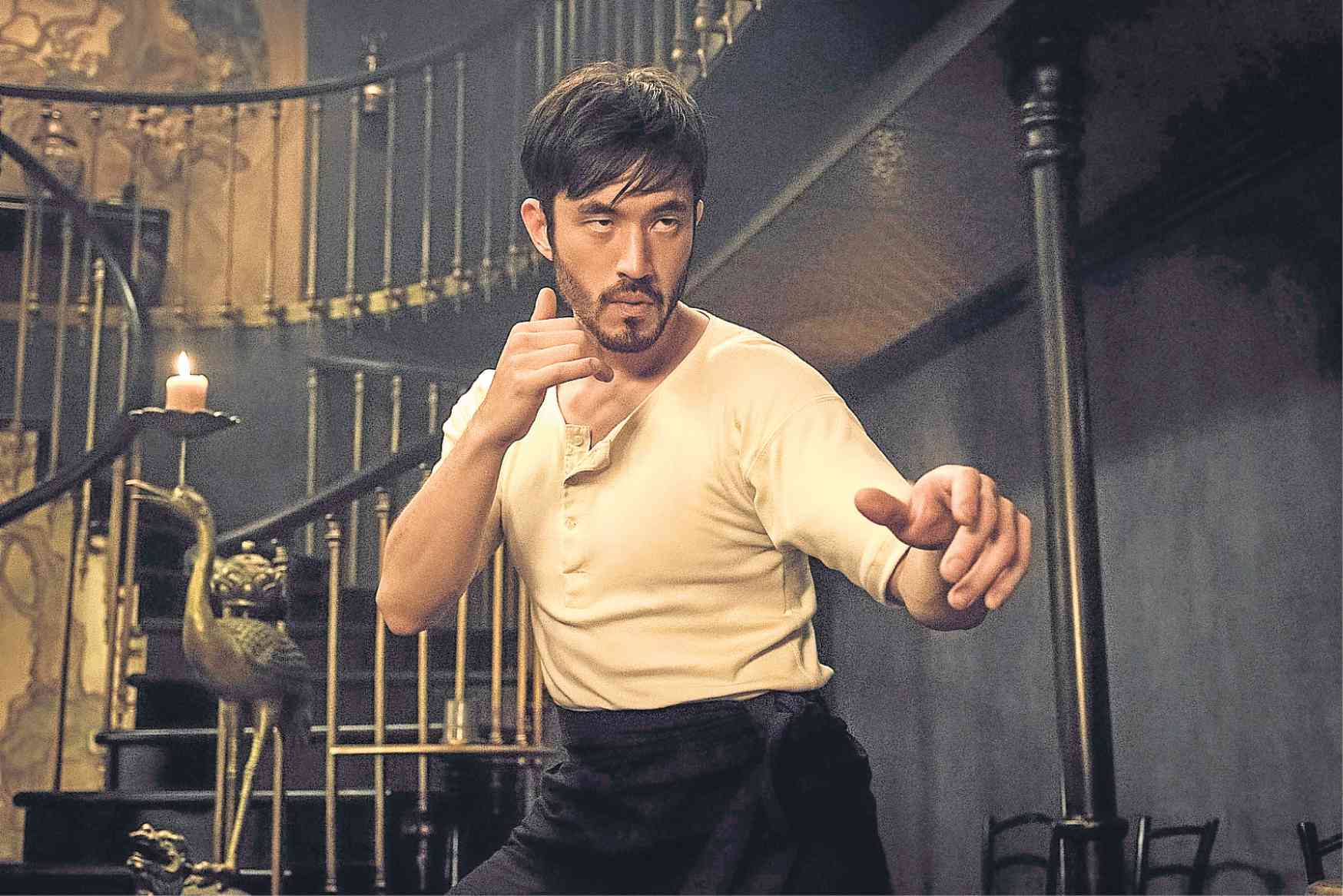 If you’re up for some action-packed fun this week, you can’t go wrong with Neil Marshall’s engaging reboot of “Hellboy” on the big screen, or Cinemax’s 10-episode action series “Warrior” on the small screen.

More than their delightful actors’ adrenaline-raising exploits and edge-of-your-seat heroics, there’s something about these productions that reminds viewers about the importance of forging your own fate and, in the case of “Hellboy,” not letting destiny tell you who you are.

In “Hellboy,” helping Marshall (“The Descent,” “Game of Thrones”) put 23 years’ worth of disparate pieces together is comic-book creator Mike Mignola, who was more than willing to help steer the movie into a more mature, visceral and graphic direction—and it shows. 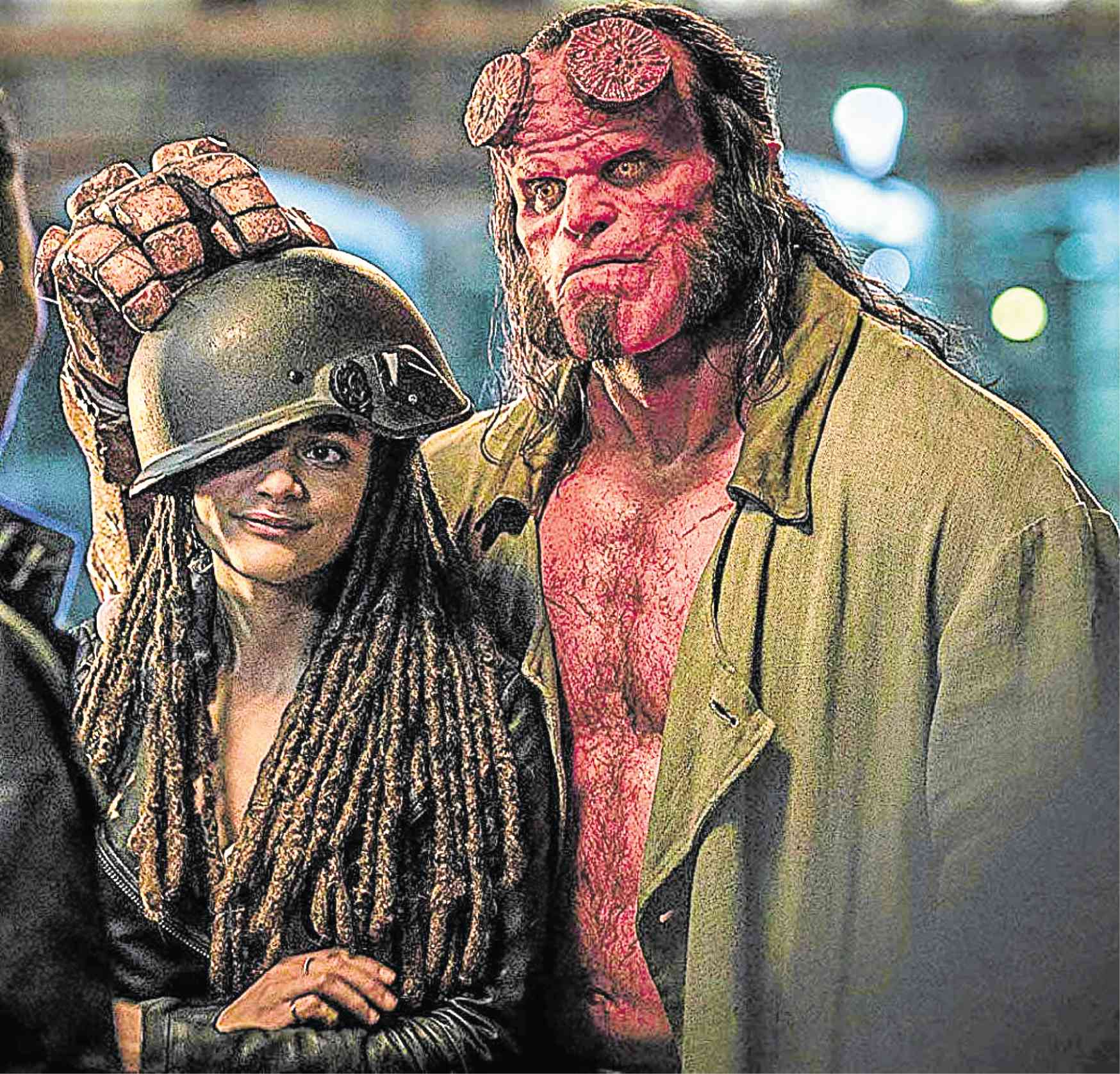 Together, Hellboy, Alice and Ben are tasked to put a stop to a trio of giants’ head-chomping rampage in the English countryside.

But while their bloody run-in with the oversized creatures is no walk in the park, they soon realize that there’s an even “messier” mano-a-mano ahead—this time, against immortal Blood Queen Vivienne Nimue (vivacious villainess Milla Jovovich), a powerful sorceress who lived during the reign of King Arthur (Mark Stanley) and his trusty wizard Merlin (Brian Gleeson). 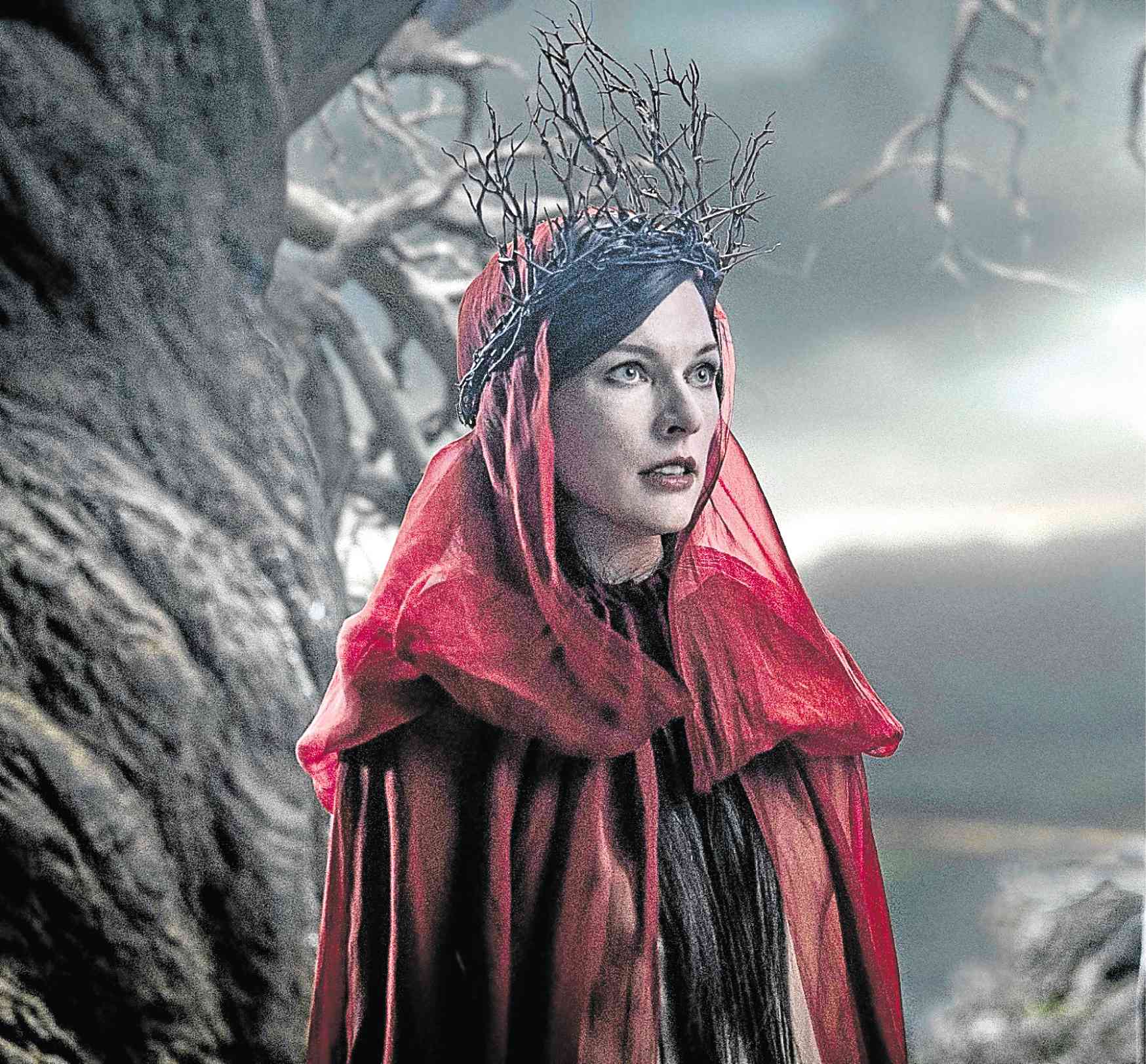 In 517 AD, Nimue was killed by the witches of Britain, who scattered her decapitated body parts across the earth. But 1,500 years later, with the help of the boar-like creature Gruagach (Stephen Graham), who hates the idea of letting fairies fade away in the shadow of the human race, the vengeful sorceress is ready to rule again.

To consolidate her gains and forge a formidable “demonic” union, Nimue wants Hellboy on her side. After all, before his adoptive father began using his superpowers for the forces of good, Hellboy was originally an “abomination summoned from the depths of hell.” Is he better off with his naughty or nice nature?

Meeting Nimue takes Hellboy on a journey of self-discovery that could tip the balance of power into the hands of evil forces!

If “Hellboy’s” humor-enhanced action scenes don’t win you over, its tantalizing metaphor about nature versus nurture will most certainly will.

On the TV scene, the gritty dramatic actioner, “Warrior,” is just as compelling.

The series, which launched the first of its 10 episodes for Season 1 on Cinemax and HBO Go at 10 a.m. last Saturday, is a binge-worthy adaptation of a story culled from the writings of kung fu legend Bruce Lee.

Last Tuesday, we set out to watch only the show’s pilot episode. But before we knew it, we ended up binge-watching five episodes’ worth of press screeners, instead.

The series tackles relevant themes (racial discrimination, lust for power, greed, the complexities of interracial romance, homosexuality, hypocrisy, etc.) that continue to ring true in the age of social media.

It’s hard to look away from the tale of martial arts prodigy Ah Sahm (the charismatic Andrew Koji) and his misadventures in the so-called Land of Milk and Honey in 1878.

He didn’t migrate from Fujian to San Francisco to seek greener pastures, but is on a mission to find his self-sacrificing sister (Dianne Doan), who left China two years ago and married a mob boss to save her family from imminent harm.

Set during the brutal Tong Wars in San Francisco’s Chinatown in the latter half of the 19th century, “Warrior” tells the story of a crime family’s hatchet man (Andrew) caught in the crossfire of a raging opium war between rival tongs (Chinese gangsters).

It doesn’t help that the city’s 25,000 Chinese residents are also at odds with Irish immigrants, who blame them for the loss of work opportunities.

The show is made more viewable by the fact that it doesn’t just rely on its appealing lead actor to do the thespic heavy-lifting. Andrew’s turn is complemented by competent actors who provide texture and tone to the proficiently paced story as it unravels.

They include Kieran Bew (as the flawed Chinatown police squad leader Sgt. Bill O’Hara), Tom Weston-Jones (as Richard Lee, an idealistic rookie cop), Olivia Cheng (a sword-wielding vigilante masquerading as a whorehouse madam), Joe Taslim (as a rival gangster), Christian McKay (as Samuel Blake, the corrupt and closeted mayor of San Francisco) and Joanna Vanderham (as Penny, the mayor’s lonely wife who falls in love with Ah Sahm).

In “Warrior’s” second episode tomorrow, Ah Sahm gets in trouble when he saves Penny from drunken strangers, then gets hauled off to prison for a crime he didn’t commit.

The plot thickens further in the series’ succeeding episodes: Just as Ah Sahm is about to get convicted for “aggravated assault,” “someone” from his distant past comes to his rescue.