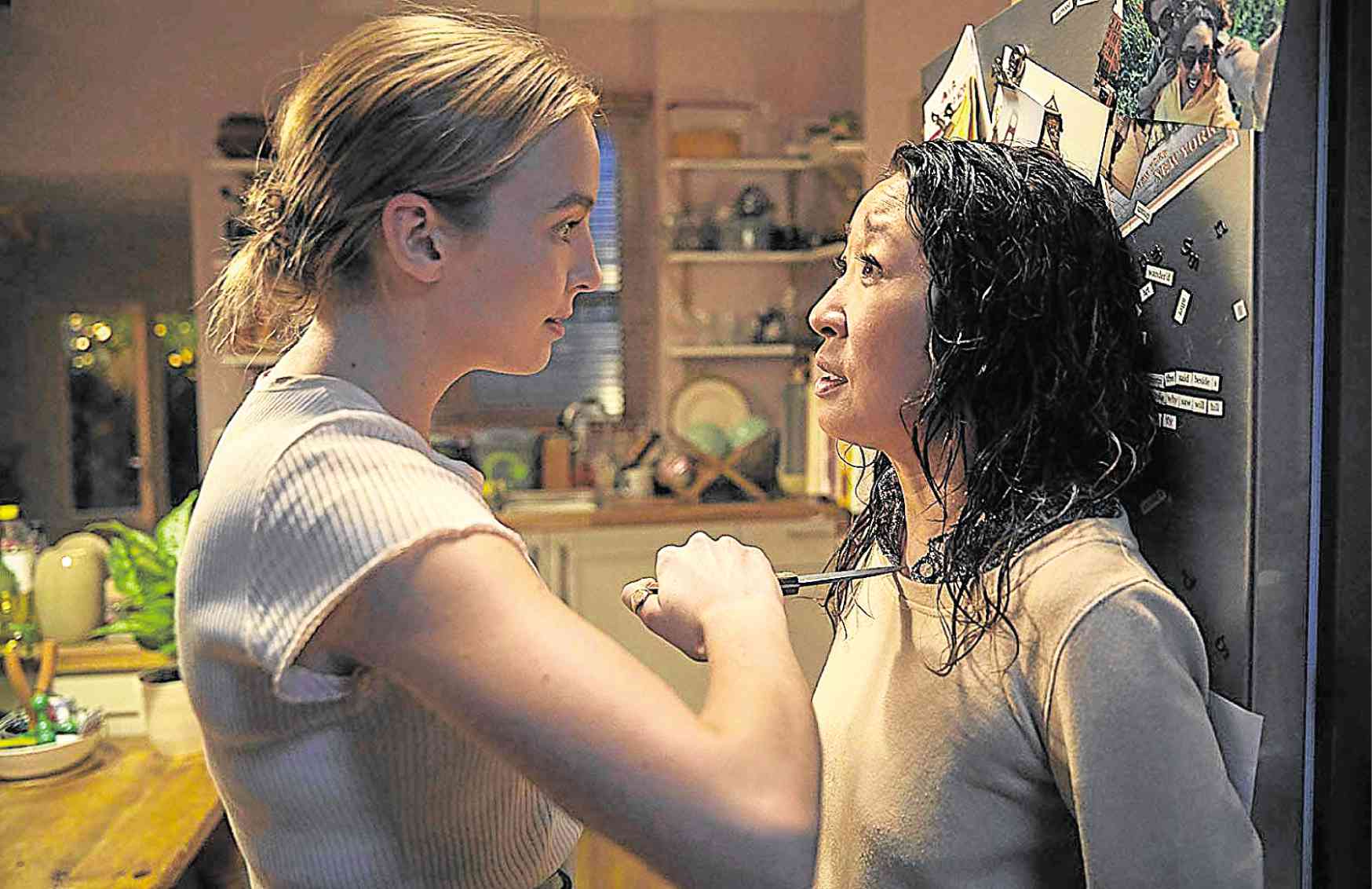 There’s so much content available on streaming sites right now that a show must be refreshingly good to stand out despite viewers’ limited attention. But if you want a show that is binge-worthy, you need not look further than “Killing Eve.” It’s a cat-and-mouse spy thriller considered one of the best TV shows of 2018, which returns for its second season this week.

In Season 1, viewers are introduced to Villanelle (Jodie Comer), a young and beautiful assassin who leaves behind a trail of high-profile murders in Europe. Her latest kill sets off alarms that necessitates an emergency meeting.

MI5 head of security Bill Hargrave (David Haig) and his crime-obsessed assistant Eve Polastri (played to perfection by Golden Globe winner Sandra Oh) are then assigned to provide protection to the only witness to the crime.

Before long, Eve’s intuition puts her criminal psychology background and frustrations to good use. She pursues questions and clues with the aid of her husband Nick Polastri (Owen McDonnell) and her trusty assistant Elena Felton (Kirby Howell-Baptiste), sometimes overstepping her original assignment.

Villanelle gets a visit from her handler Konstantin (Kim Bodnia) who gives her another assignment and reminds her about the need to finish what she started as the only witness from her latest hit is set to be questioned by authorities.

The excitement is palpable when Villanelle and Eve meet for the first time without knowing they are each other’s prey. Next thing we know, the lone witness is brutally murdered, and Bill and Eve get the boot.

Martens sees this as an opportunity to hire Eve for an off-the-book MI6 operation to track down the killer. She is joined by Kenny (Sean Delaney), Bill and Elena.

Konstantin warns Villanelle of the covert task force, but her psychopathic nature ignores this as she becomes increasingly intrigued by the woman she now realizes is her nemesis.

Eve’s personal and professional life takes a turn for the worst as her increasing obsession with Villanelle leads her to lose friends in the process. As she tries to put a stop to her adversary’s accelerating kill count, she uncovers the shady backstory behind Villanelle and a group called The Twelve, and discovers the uncanny history between her boss Carolyn and Konstantin.

The eight-episode season leads us to a stirring showdown as Eve finally tracks Villanelle down at her Paris apartment. There, they both confess to their mutual obsession with each other in a brilliantly staged scene that crackles with as much wit as pathos. All is well until Eve stabs Villanelle—and the real chase is on.

Season 2 promises a darker turn as it immediately picks up where the previous one ended. Villanelle is shown waking up in a hospital. She escapes to continue pursuing Eve, who comes clean to Martens about what transpired in Paris. Martens then takes her back to the fold and gives her the resources she needs to pursue her fascination with Eve.

What makes this show a compelling hit is largely due to its ability to keep viewers guessing as it develops the “symbiotic” relationship between hunter and prey. Perhaps the most delightful thing about “Killing Eve” is that none of the characters passes up an opportunity for an ingeniously delivered gag, which makes them relatable to viewers.

No wonder viewers can’t wait to see what’s in store for its characters in its sophomore season.