Robert Downey Jr. on buzz: Will ‘Avengers: Endgame’ be his final film as Iron Man? 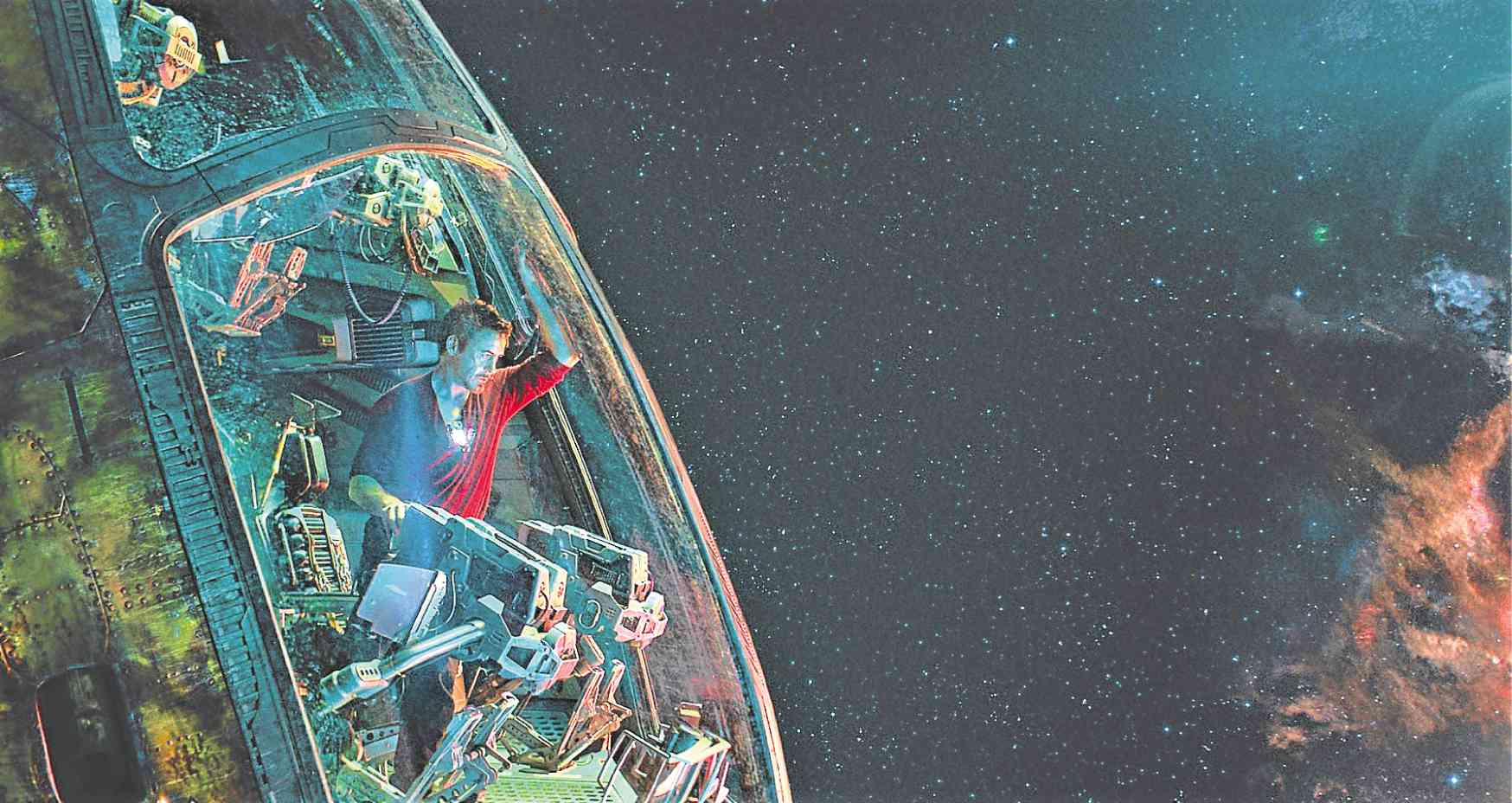 LOS ANGELES—A question about him looking thin in a footage in “Avengers: Endgame,” where his Iron Man is stranded in a spacecraft somewhere far, far away, running low on oxygen, his helmet damaged, got Robert Downey Jr. talking about diet and age.

“That’s the thing about being in your mid-50s,” said the actor who turned 54 on April 4. “You think you’re on a diet, but really, you’re just slowly gaining weight, as opposed to losing the weight you think you’re losing. Or sometimes, you lose weight, but then it comes right back.”

“Not like my old diet. Do you remember me when …?” Robert laughed, alluding to his much-publicized drugs and alcohol addiction days. Sober for many years now, Robert looked his usual boyish self. He wore a navy suit and tie with sneakers in a room at the InterContinental Hotel in downtown Los Angeles.

The movie at hand, “Avengers: Endgame,” got fans wondering—is Robert done playing Iron Man? It also got the actor looking back at the first time he portrayed Tony Stark, the business magnate turned superhero. All dished with Robert’s trademark amusing quips, of course.

Joe and Anthony Russo direct this latest “Avengers” movie, which could be Robert’s last time to don the helmet and powered armor suit.

He has finished “The Voyage of Doctor Dolittle” (with Rami Malek and Selena Gomez) and “All-Star Weekend” (with Gerard Butler and Benicio Del Toro). Next, he will shoot “Sherlock Holmes 3” (with Jude Law) and an untitled John Brinkley biopic.

Robert also updated us—humorously—about his family life with producer Susan, his wife since 2005, and their kids, a son (born 2012) and a daughter (2014).

So, Tony Stark is stranded on a spacecraft. If you get stranded on an island and you can bring three things with you, what would those be? You. One toothbrush for all of us. And I guess any French pastry chef would probably keep us from eating each other (laughs).

As the movie’s title suggests, it could be the end of an era. As the Iron Man, you’re credited for helping ignite the Marvel Cinematic Universe. Can you talk about that? Look, we’re used to a lifetime of making close associations, breaking away and coming back together. The thing that Kevin Feige (Marvel Studios president) has provided all of us with is this opportunity to keep reuniting, almost like a regional theater troupe or a traveling group of oddballs.

I’m seeing Jon (Favreau, director of the first two “Iron Man” movies) and what he’s done with his creative life. It means a lot to me.

It’s funny how intimate this massive finale is becoming for all of us.

Did Marvel tell you the ending of this movie before you started filming? Knowing Marvel, an ending is an ending until they tell you that was the faux ending.

All of the major artists involved in this have been in dialogue with the filmmakers for some time. Then, it just flowed naturally out of that. Also, in the Marvel Universe, nothing is final because they have every trick in the book. So it’s much less definitive than a non-Marvel Universe would be.

I’m not crazy about any film that takes itself too seriously. People, myself included, get so invested (laughs). There’s room for levity. And that’s the part that I’m looking forward to the most. 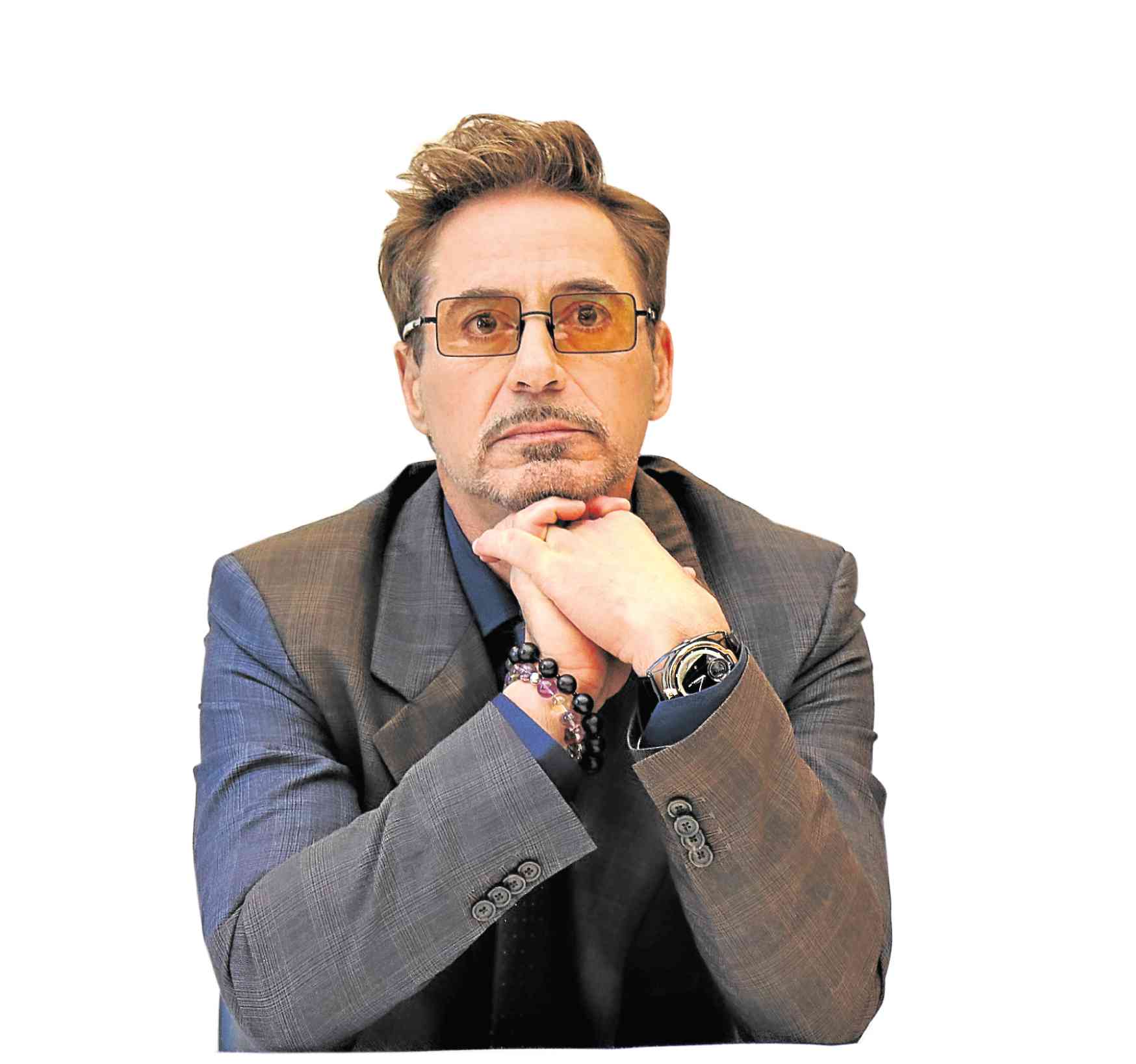 Can you clarify if “Endgame” is indeed your goodbye to the Iron Man? I’m of two minds. One is, if you want to make God laugh, tell Him your plans. Two is, I know people get very definitive about what they’re doing and what they’re not. I have a sense of things. But I do love this group of folks.

I would love to stay in business with Disney and Marvel somehow. But you know me—how bored I easily get. The fact that I’ve stuck around this long means that these movies have still been engaging on some level.

So, you haven’t given up the costume just yet? I keep most of the costumes at this point, anyway. They’ll have to lease them back from me (laughs).

If you could tell the Robert Downey, Jr. in the ‘80s what’s coming up in his life, what would you tell him? I’ve been in a bit of a reverie because, now, an ’80s movie is a period piece (laughs), which is nutty. But I was young and pretty a long time ago. If anything, it would be nice if I could whisper in my ear to say, “Dude, you have no idea what’s around the corner, so just take care of yourself and stick around.”

There’s a scene in the movie where Iron Man and Captain America shake hands. Iron Man asks, “Do you trust me?” Captain America answers, “I do.” What is your relationship to trust over the years? I’ve been told I have trust issues. And I’ve mistrusted the person who told me (laughs). But what is it? Trust God, clean house, help others. Those are three great tenets I stand on.

Your involvement with Iron Man predates Joe and Anthony Russo’s involvement in the Marvel Cinematic Universe. Can you recount the first time you met these director brothers? Yeah, two schmucks drove by in a golf cart (laughs) on their way somewhere. They were like, “Hi, this is Joe and Anthony Russo.” I was dressed in a blue tracksuit for “Iron Man. “Whatever I was doing, I was busy. I was like, “Yeah, yeah. How are ya?”

I marked that moment. I look back now and go, when you meet someone, you could be meeting someone who’s going to be central to your life. By the way, it would have been weird if I said (to the Russos), “I feel such a destiny with us (laughs).”

But you also have to earn your keep around here. Marvel doesn’t welcome you into the club if you don’t do your damn job and do it well. So it was an amazing proving ground to watch them come in with “Captain America: The Winter Soldier.”

It’s almost unimaginable how impactful the Russos have been on the whole MCU in the last five years or so. But that day (I first met them), I was like, “They’re f**king TV guys? What are we, running out of directors?” And it turns out they’re my favorite directors on earth.

Do you also yearn to do something different? My missus and I did a film I was really proud of called “The Judge.” I’ve done some Sherlocks and other forays. The other thing is, I have a wide variety of interests. I’m a musician of sorts. But the downside is that you can’t have everything.

There are certain things I’ve put on hold for a while that I’m looking forward to getting back to. Oscar Isaac started talking to me about stuff I hadn’t even thought about for ages. Like “Hey, remember, in ‘The Winter’s Tale’…” I was like, “Oh yeah, Shakespeare (laughs)!”

And we started talking about stuff we could do. I’d like to find some of the actors and artists I like and think about directing them in something. It would be fun to get on the other side of the camera. Either that, or I would hate it. I would just be like, “Oh my God, why don’t we just turn the camera around on me? I’ll show you how to do it (laughs).”

What do you tell your kids about life? Who’s interested in their dad’s life (laughs)? Let’s not kid ourselves. I’d say 45 years from now, my son might be looking at some cloud 3D data files or something. What he’s interested in right now is his tough life. His Legos, games, teasing his sister, trying to sneak another Twix bar when no one’s looking (laughs)—all the important stuff.