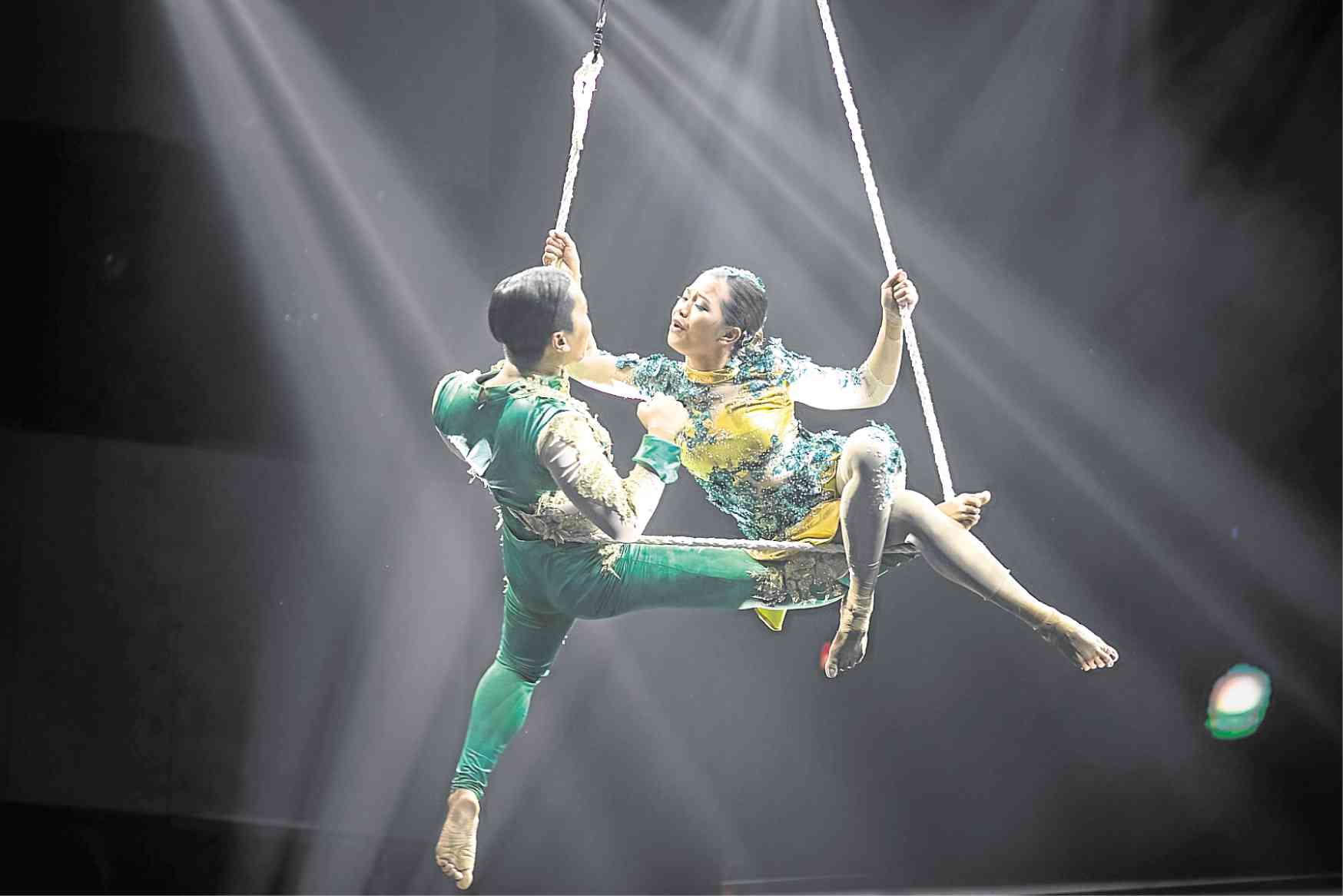 SINGAPORE—Falling gracefully—and heart-stoppingly—into her partner Jervin Minor’s arms, Power Duo’s Ajha Portales brought the judges and the audience to their feet at the grand finals of “Asia’s Got Talent” on April 4 at Marina Bay Sands in this city state.

It was a dramatic finish to what had been a breathtaking performance overall, and the crowd loved it. After the show, when judges David Foster, Anggun and Jay Park were asked which act had surprised them the most, Foster said that for him, Power Duo had been “the biggest surprise of the night.”

But Power Duo’s acrobatic dance moves were far from the show’s only highlight. “Asia’s Got Talent’s” nine remaining contenders clearly have their eye on the grand prize, and they all brought their A game on Thursday.

The judges had nothing but praise for all the performers. “When you see a lot of acts, they don’t step it up as much as you’d expect,” said Park, “but this time around, every act did step it up.” 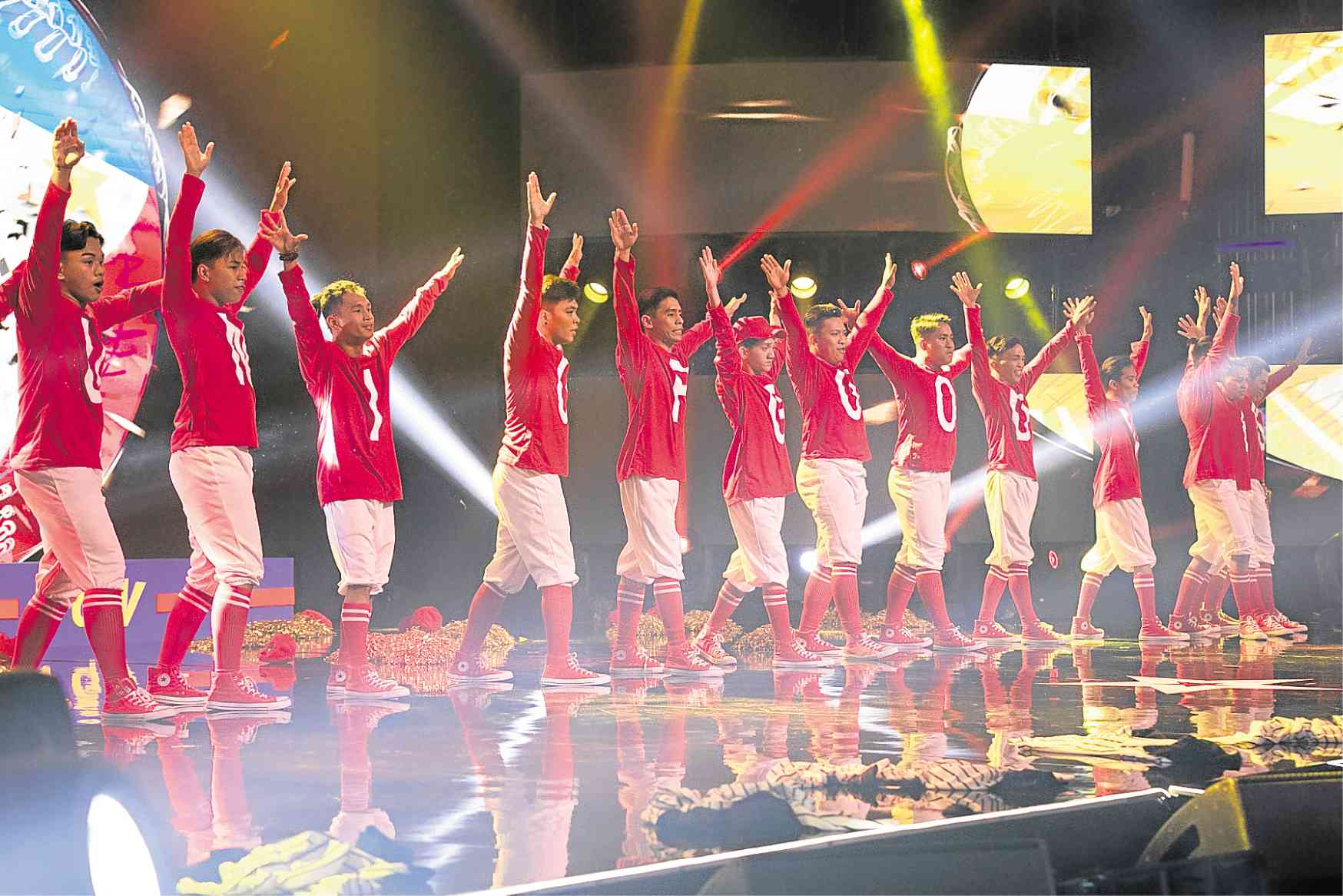 Apart from Power Duo, two other Filipino acts made it to the finals this season—hip-hop dance crew Junior Good Vibes (JGV) and “shadowgrapher” Shadow Ace (Philip Galit). JGV gave an energetic, out-of-left-field baseball-themed performance—another crowd favorite—and they feel they have a real shot at the prize, despite having had to leave some of their crew behind in the Philippines.

“Binigay naming lahat ang best namin,”(We all gave our best) said group leader John Bret Hadt Sornit. And whether they win the grand prize or not, “tuluy-tuloy pa rin, kasi hangga’t may pangarap ka naman sa buhay, hindi ka susuko”(we’ll keep at it because, as long as you have a dream, you won’t give up).

But in a night filled with spectacle—from hosts in a cage to powerful dance moves and soaring high notes—it was the “quieter” acts that stood out the most, notably Taiwanese magician Eric Chien’s and compatriot Cyr wheel dancer Yang Shih Hao’s.

Chien blew everyone’s mind with the very original feat of turning chocolate into Rubik’s cubes (and then back again), while Yang’s flawless, lyrical performance on the Cyr wheel was sheer poetry. 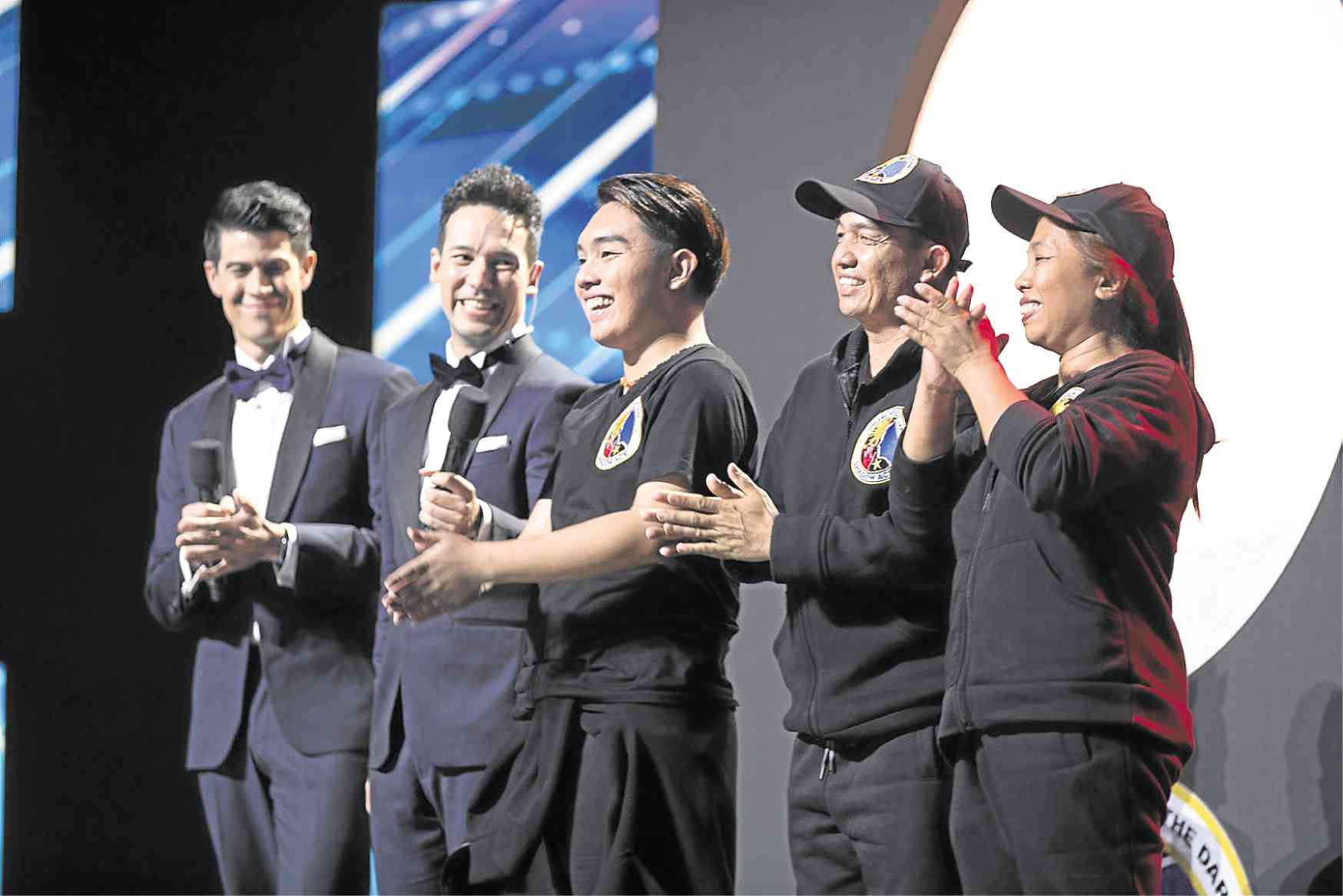 “I start with a story first,” said Chien, “and then think of the effects after. It’s about engaging the audience’s imagination.” An up-and-coming magician, he has already won the grand prize for Close-up Magic at the prestigious Fédération Internationale des Sociétés Magiques’ World Championship of Magic in 2018.

Imagination is also a central theme for Cyr wheel dancer Yang Shih Hao, who wants to bring back people’s sense of childlike wonder. His performances are also notable for their serenity. “Most other Cyr wheel dancers go fast and with the tempo strong—I wanted to make something different, so I go slow. I wish someday, everyone can watch my performance live—it’s better live.” (Yes, it really is better-appreciated live.)

The other finalists are the dance crew Maniac Family, girl group Nama, singer Siti Saniyah and human calculator Yaashwin Sarawanan. Voting is open until  11:59 tonight and the winner will be announced tomorrow at 8:30 pm. 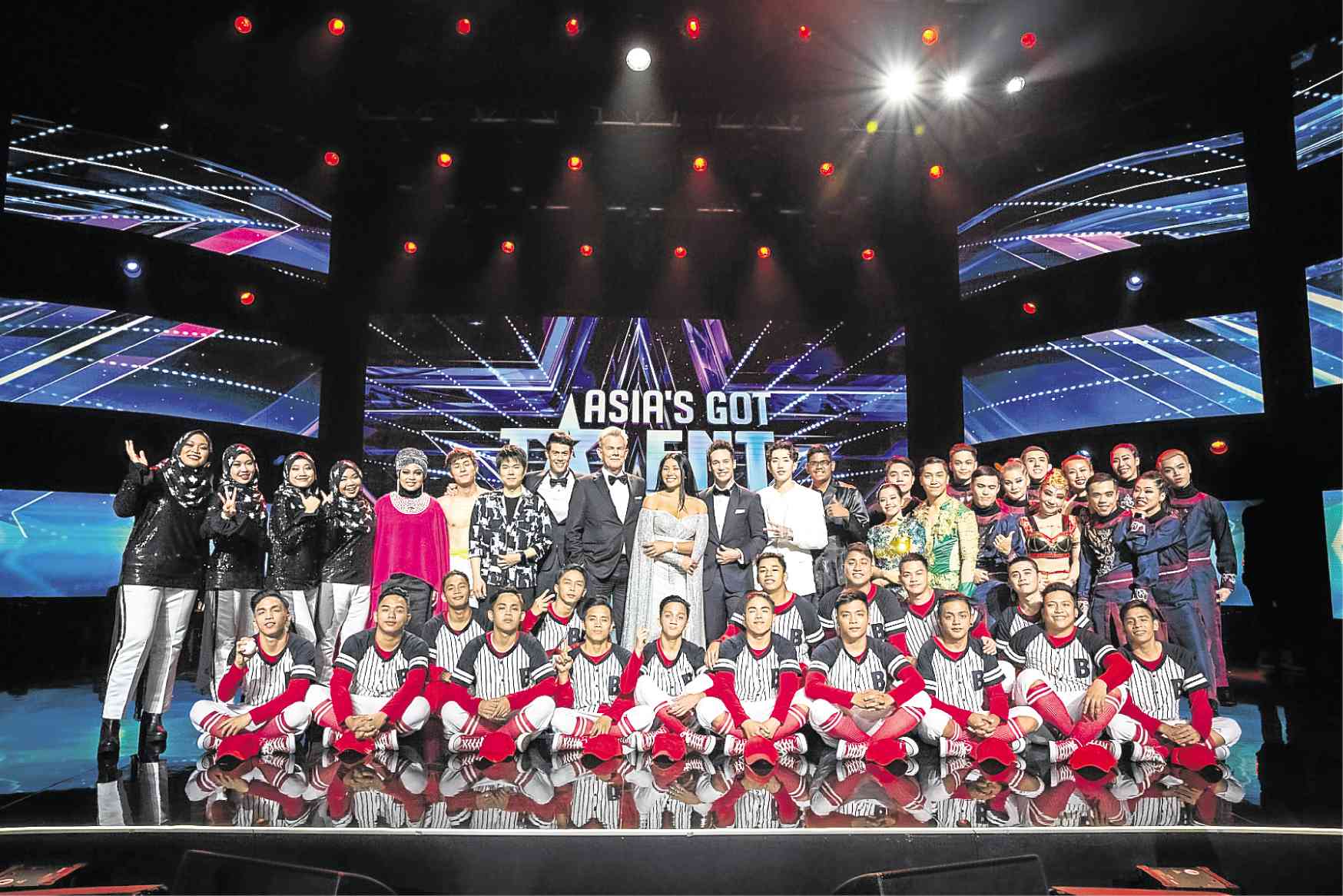 “Asia’s Got Talent” judges and finalists 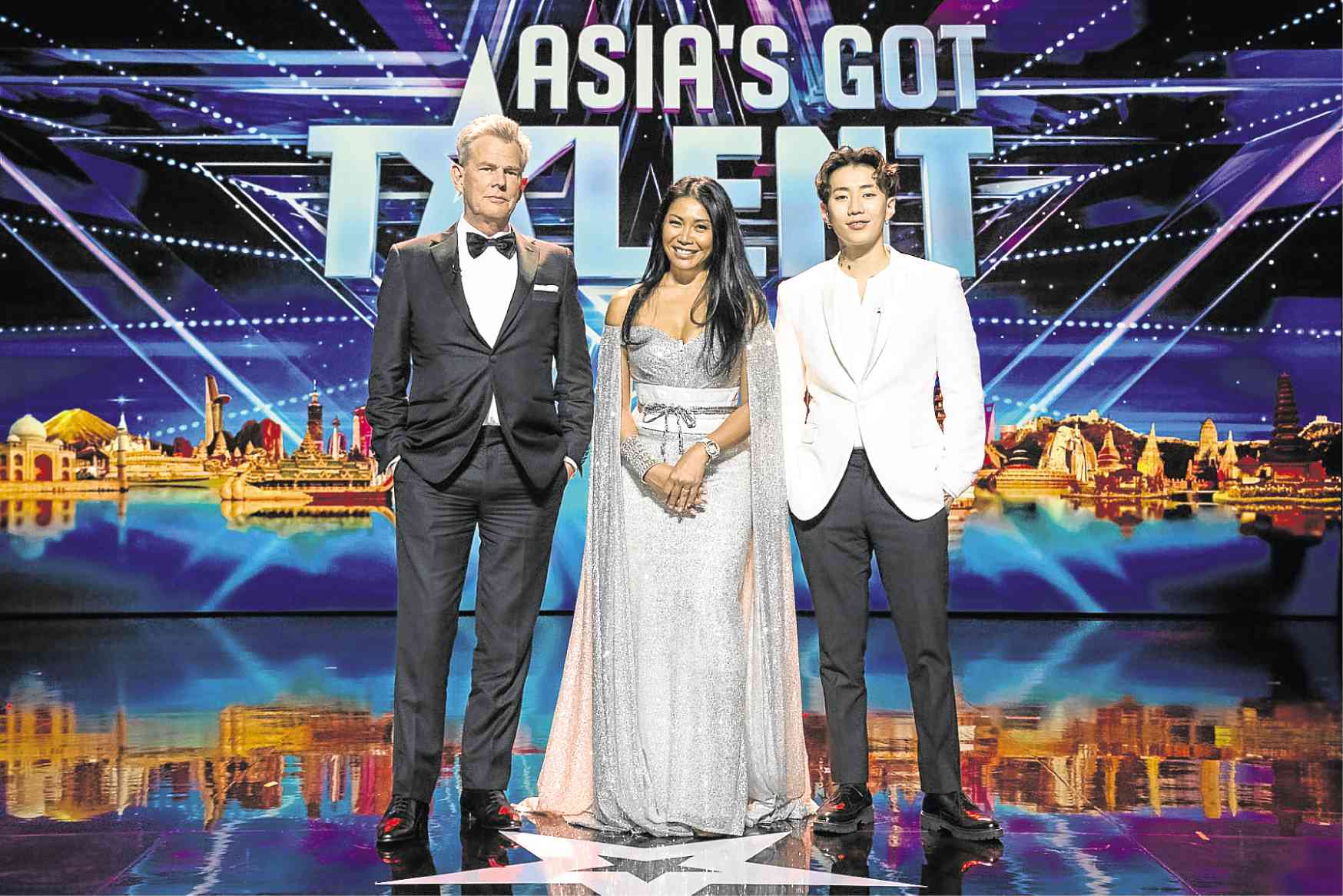