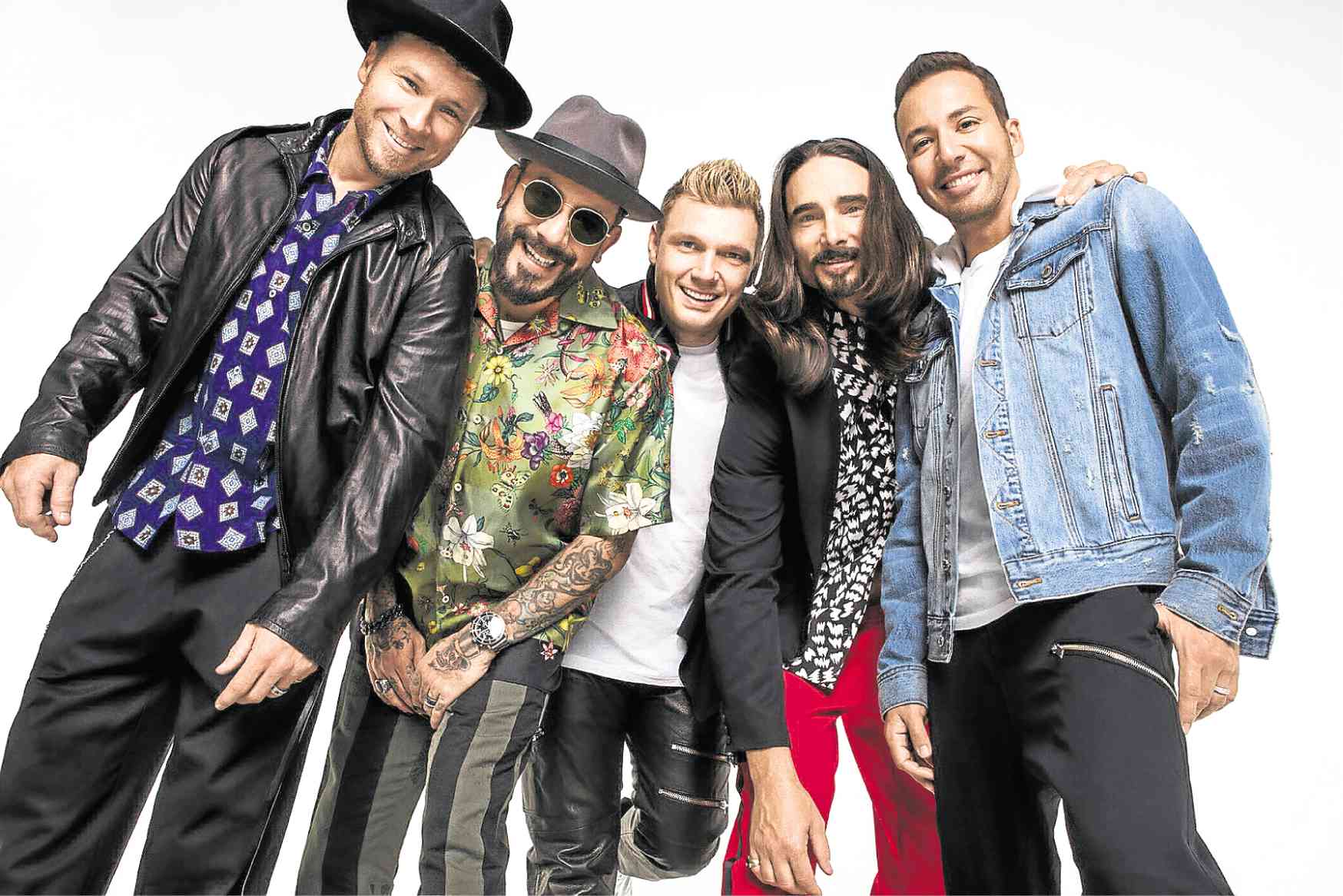 Oh my God, they’re back again.

After their successful two-year Las Vegas residency, the Backstreet Boys are now gearing up to hit the road for their upcoming world tour “DNA,” which is also the title of their ninth studio album.

Tickets go on sale beginning April 28, 10 a.m., via www.mmilive.com. Members of BSB Fan Club, meanwhile, will be given access to tickets earlier, on April 26 and 27, via www.backstreetboys.com; they will likewise be entitled to meet-and-greet upgrades.

In a video interview provided by Sony Music Philippines, Nick said the production of the latest world tour would be comparable to the Vegas shows. “It’s going to be everything you want to see from the Backstreet Boys,” he assured the fans. “It’s going to be fresh, explosive and entertaining.”

Because the iconic American boy band has such a hefty catalog of hits, the challenge, Brian said, is trimming their shows to 90- to 100-minute sets. “We want to pick the right songs,” he pointed out. “Fans want to hear the greatest hits that take them back to grade school, when they were 8, 9 or 10.”

The audience can expect the boys to perform their classics, including “Quit Playing Games with My Heart,” “I Want It That Way,” “Shape of My Heart” and “As Long as You Love Me.”

They’re also expected to dish out some new material from “DNA,” which spawned the Grammy-nominated hit “Don’t Go Breaking My Heart.”

“We were able to bring all of our influences and styles into one coherent piece of work. These songs are a great representation of who we are as individuals and who we are as a group. We’re really proud of that,” Kevin said.