How JM and Arci wage war against ‘paralyzing pain’ of depression 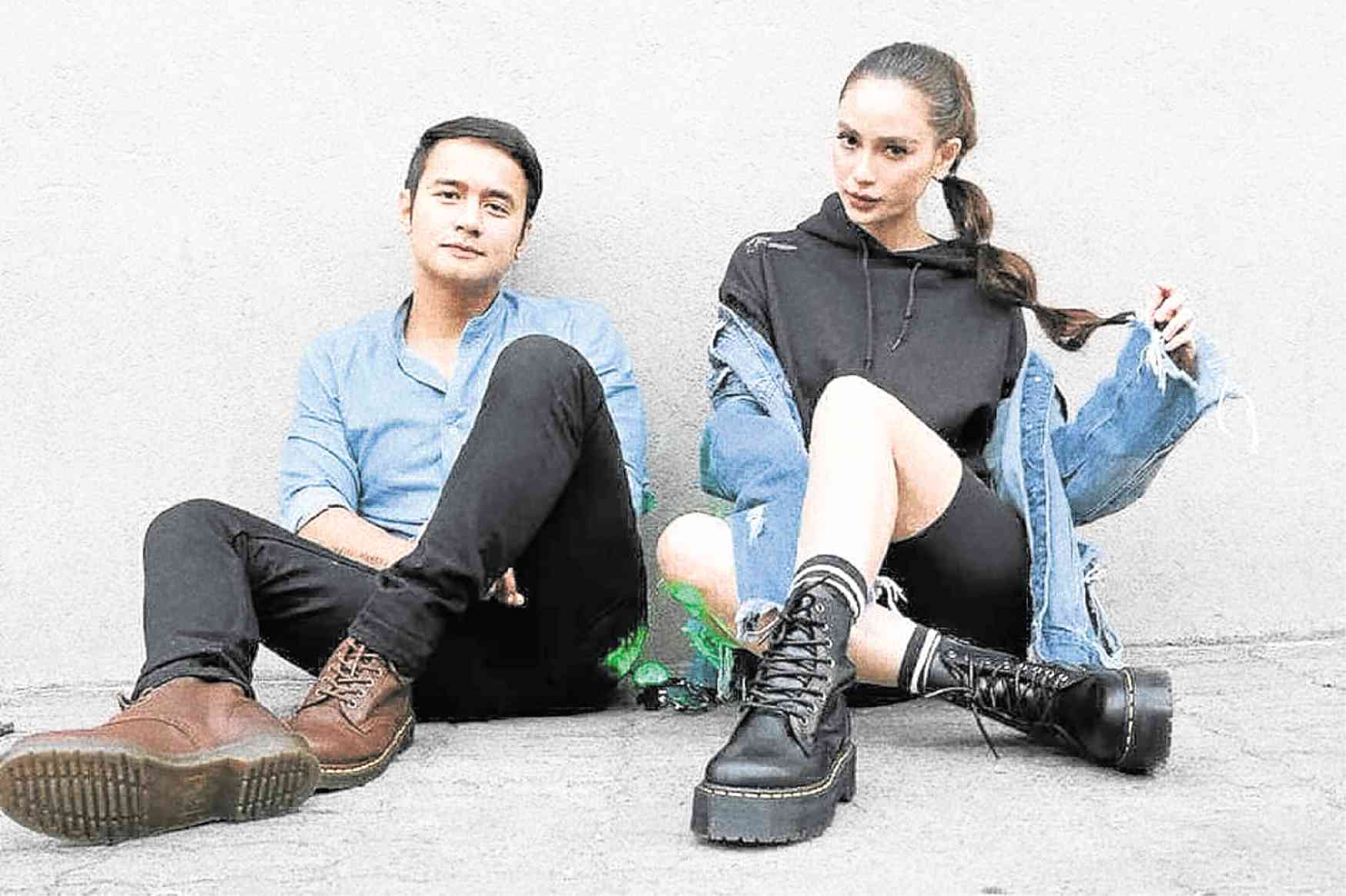 I try my best not to show it, but I still wage an internal war with depression every single day,” admitted actor JM de Guzman, who spent time in a rehabilitation center twice for substance abuse.

“I’m not giving up. When I feel like it, I remind myself that I’ve already gotten this far. Palag lang nang palag, kasi may buhay,” added the actor, as he was speaking to reporters during a gathering to promote his latest film, Eduardo Roy Jr.’s “Last Fool Show.”

“I learned from therapy that I was unconsciously trying to sabotage myself [when I did drugs]. The second time was a cry for help, also unconsciously,” JM explained. “I was so overwhelmed by emotions that my mind failed to function right. At the time, I wasn’t just merely dealing with heartache. Sometimes, depression attacks you suddenly—and for no reason. It’s so strong that you feel intense and paralyzing pain.”

At one point during the press con, JM, and his leading lady, Arci Muñoz, were asked for their opinion on the campaign by the Philippine Drug Enforcement Agency (PDEA), urging broadcast networks to conduct surprise and mandatory drug tests on their talents.

“It’s a smart move by the PDEA,” said JM. “As celebrities, we are aware that we have a social responsibility to set a good example to our audience. I have been in rehab for three years. I’ve spent time with drug dependents, who did drugs because they were going through something that proved too difficult for them to handle. They have now chosen a different path, and have chosen to fight.”

He added: “What I’m asking for is that, sana ’wag lang masyadong masaklap ang trato sa kanila. Yes, there’s no death penalty in the Philippines, but these people are already as good as dead.”

JM said he was also well aware of his duty to inspire former drug dependents to combat addiction. “It’s not too late for us. We can still fight it. Whatever help the PDEA needs, I will give my all-out support. I’m willing to help anytime, anywhere,” he declared.

Arci agreed: “Drugs are not the solution, but merely a distraction. If drug testing will help stop the spread [of substance abuse], why not do it?”

Arci then admitted that she once went through depression, “but it didn’t reach a point where I became suicidal. I’m glad to have my family beside me. There was a time in my life when I got really depressed, but I kept on going, thanks in part to my strong relationship with God,” she recalled.

For Arci, it was her first-ever heartbreak. “I was still so young and naive then. I remember it was Christmas Day. My Papa asked me why I was feeling down, then he said, ‘There’s only one man who will never hurt you. That’s me. I’m here for you.’ Then, he danced with me. I’m thankful that I have people around me comforting me.”

JM said he was able to relate to his character Paulo because “I’m like him. I need to see for myself [that my girlfriend is cheating on me] before I move on. Sometimes, even though I’ve already seen her do it, I still need to feel the hurt more, ’yung nadudurog ako, before I’m able to let go,” he explained.

Arci said she could relate to Mayessa because “I was able to use my heartaches in all the crying scenes I’ve done as an actress. If I need to show anger, I would just think of my ex and what he did to me. I also use this to motivate myself when I work out. I would tell myself, ‘I have to be sexy. I have to be a better version of myself.’”

Read Next
Nick Carter: Backstreet Boys’ upcoming PH concert comparable to Vegas shows
EDITORS' PICK
EuroMillions Superdraw: A lottery draw unlike any other is coming to the Philippines
Smart releases Hyun Bin’s second TVC
Water remains our saving grace right now
‘Justice will be done,’ Duterte assures as he vowed probe on Jolo incident to bare ‘truth’
DOLE: Return of OFWs’ remains from Saudi to be ‘delayed,’ deadline moved to ‘early next week’
Current dominant strain of COVID-19 more infectious than original—study
MOST READ
BREAKING: Duterte signs anti-terror bill into law
Locsin warns of ‘severest response’ if China’s army drills in SCS ‘spill over’ to PH domain
Duterte tells military: No other president looked at you the way I did
‘Very timely, historic’: Senators laud passage of anti-terror bill despite ‘pressures’
Don't miss out on the latest news and information.