Celebs talk politics, love scenes and much more at CinemaCon

LAS VEGAS — At the just-wrapped CinemaCon, celebrities talked about their upcoming movies but much much more. From Linda Hamilton and her “strange” return to the “Terminator” franchise to Jamie Lee Curtis demanding Joe Biden apologize to Anita Hill to Jim Carrey talking about his politically inspired paintings, stars had a lot to say at the Las Vegas event. 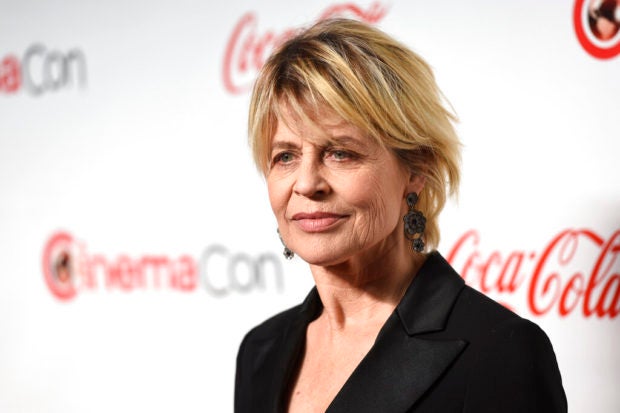 “I would say it’s like riding a bicycle but it’s not,” said Hamilton. “I mean I really worked hard for a year before we started shooting to just figure out what I’m like, what the character is like as a woman of a certain age and the way that she moves.

“I mean I worked on her long. I worked on just my places of deepest sorrows so that I could catch them when I needed to. And it’s really interesting to transform a woman from a young icon as I played back then, to this. It was more rewarding to play her now than it’s ever been.”

Hamilton joins Arnold Schwarzenegger as they return to their iconic roles in the new “Terminator” flick directed by Tim Miller (“Deadpool) and co-produced by James Cameron.

“Terminator 2: Judgment Day” was released in 1991, almost 30 years ago. That story followed Sarah Connor (Hamilton) and her ten-year-old son as they are pursued by a new, more advanced Terminator. Hamilton says Connor returns just as fierce as she was before.

“You do these things and you don’t go, ‘I’m a bad ass. I am a bad ass,'” she said. “That’s not the way it works but actually this time after I finished, I was like, ‘You know what? I am a bad ass.’ I got through it, it was really hard.”
“Terminator: Dark Fate” opens in U.S. theaters November 1. 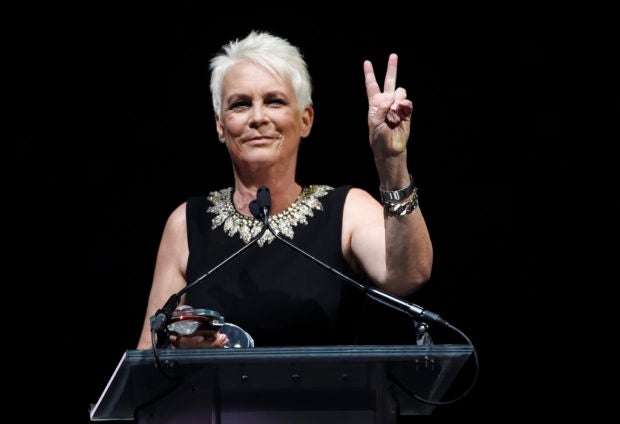 Jamie Lee Curtis is pushing for an apology from Joe Biden over his treatment of Anita Hill during the Clarence Thomas confirmation hearings in 1991.

The politically active actress was at CinemaCon in Las Vegas on Thursday promoting her murder mystery “Knives Out.”

Biden has expressed regret over the questioning of Hill by senators when he chaired the hearings, which explored Hill’s sexual misconduct allegations against Thomas, then a U.S. Supreme Court justice nominee. Thomas denied the allegations and was later confirmed to the court.

“Obviously it’s a difficult time. I think what has dogged him particularly is Anita Hill. And I know her. And there is a point where if he doesn’t pick up the phone and call her and say this is been way too long … and I just think he needs to give it directly to her and let her have the opportunity to receive that,” Curtis said.

Biden, who is widely expected to pursue the Democratic nomination for president, had faced his own firestorm this week after at least two women accused him of touching them inappropriately. Biden apologized in a video for being overly familiar.

“It’s a shame because he’s a good man and I think he would make a good candidate, but the Anita Hill thing — problem for me,” said Curtis, who added that she was currently “window shopping” among the various Democratic presidential candidates. 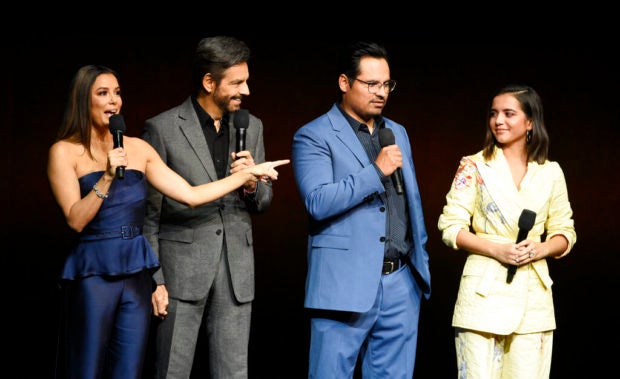 Eva Longoria, from left, Eugenio Derbez, Michael Pena and Isabela Moner, cast members in the upcoming film “Dora and the Lost City of Gold,” discuss the film during the Paramount Pictures presentation at CinemaCon 2019, the official convention of the National Association of Theatre Owners (NATO) at Caesars Palace, Thursday, April 4, 2019, in Las Vegas. Image: Chris Pizzello/Invision/AP

Isabela Moner, who plays the lead character in “Dora and the Lost City of Gold,” says the film gave her a chance to connect with her Peruvian ancestry.

The actress and singer said she had to learn how to speak Quechua, the indigenous language spoken primarily in the Peruvian Andes.

“There’s a lot of ‘K’s’, there’s a lot a lot of ‘Q’s,'” she said about the indigenous language. “It’s Iike, really interesting.
Moner also relished being part of a predominately Latino cast.

“Eugenio Derbez, Eva Longoria, Michael Peña and we had this one white guy. The token white guy. It was so fun to be able to just speak Spanish on set casually and not have anyone to be like ‘What are you saying?'” she said. “No, it was just a natural environment where we could be ourselves.”

“I was like, ‘Listen to me you are talented, you are amazing, don’t mess up. Don’t go down the wrong way’ and she’s not. She’s so elegant and smart and grounded and she has an amazing family. So, I was so excited to be in her presence. She’s a movie star this little girl. Nobody could’ve played it Dora except Isabela Moner,” said Longoria.

What the former “Desperate Housewives” star did not want to discuss was her ex-co-star Felicity Huffman’s arrest in the recent college bribery admissions scandal.

When asked about it, she said she hadn’t spoken to her and walked away.

“Dora and the Lost City of Gold” opens in U.S. theaters August 2. 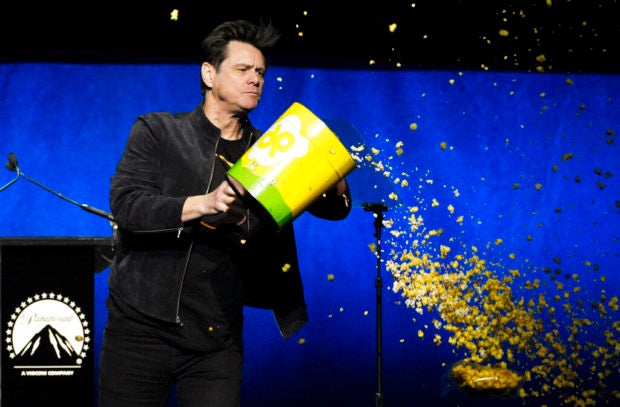 Jim Carrey, a cast member in the upcoming film “Sonic the Hedgehog,” dumps out a tub of popcorn during the Paramount Pictures presentation at CinemaCon 2019, the official convention of the National Association of Theatre Owners (NATO) at Caesars Palace, Thursday, April 4, 2019, in Las Vegas. Image:  Chris Pizzello/Invision/AP

Jim Carrey had fun being ‘over the top’ again

Jim Carrey has returned to his specialty, physical comedy. He’s back as the bad guy in “Sonic the Hedgehog.”
“It’s a wonderful opportunity to just be an arch evil guy and just be completely over the top again and have some fun with reality, you know. So, I always like that opportunity when it comes along, I am game for that,” Carrey said at CinemaCon on Thursday.

He plays Sonic’s nemesis, Dr. Robotnik better known by the alias Dr. Eggman. Ben Schwartz does the voice for Sonic the Hedgehog.

Carrey didn’t know much about the hedgehog, so he had to read up and do some research. Some say the character Eggman gets his name from the Beatles song “I Am The Walrus.”

“I loved the materials and I loved the little nods to the Eggman and all that stuff. I come from Beatles culture so for me, I don’t know if that’s a problem for them, but I like the fact that you know, everything in my life is a Beatles reference of some sort we know,” said Carrey with a smile.

Carrey also said a few words as to why it was important to him to continue to draw political cartoons to post on his Twitter feed.

“Well you know, it’s just a little solace to me in this odd time of complete capitalism breakdown,” he said. “Just a little regulation would help, you know. That’s all. It’s just without that, we are doomed so we are spiraling out of control and its corruption on every level and every walk of life. It’s all attributed to that, so I really think we need to turn that around.”

James Marsden stars as Tom Wachowski, the newly appointed sheriff of Green Hills who befriends Sonic and aids him in his quest to stop Dr. Robotnik. Just like most of the cast, Marsden is a big Carrey fan.

“He’s a legend and he’s one of my heroes. One of my comic heroes,” said Marsden. “So, to see him after 10 years come back and enjoy doing the thing that he had enjoyed for so long is pretty special and he crushes and it’s so fun to see.”
“Sonic the Hedgehog” opens in U.S. theaters November 8. 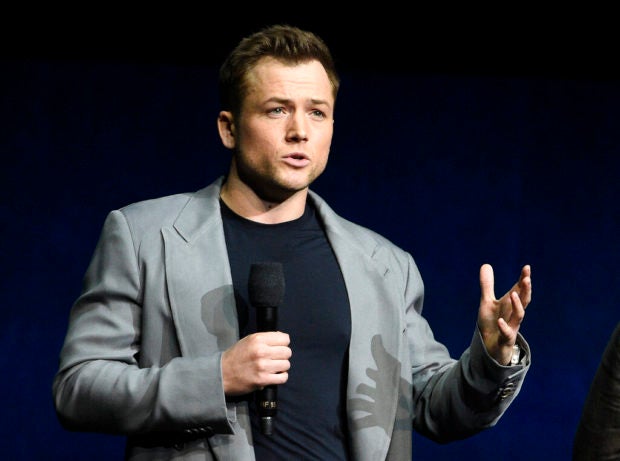 Taron Egerton confirms that he has nude scenes in the new Elton John biopic “Rocketman,” but the same-sex love scenes are being overhyped.

“There is a little bit of male intimacy in the film, but I am sort of getting to the point where I am reluctant to talk about it because it’s been so talked about and there’s so much to celebrate about the film,” he said. “But you see a little bit of me, yeah.”

Egerton plays John in the movie, which tells the icon’s story through song, dance, and a bit of fantasy. It’s helmed by Dexter Fletcher, who directed the Freddie Mercury-Queen biopic “Bohemian Rhapsody,” which won Rami Malek the best actor Academy Award earlier this year.

Egerton got a chance to meet John during filming, and they’ve become friends.

“I was asked to go and meet him, and I was so nervous,” said Egerton. “He’s been nothing but lovely and since then I have gotten to know him rather well.”

“Rocketman” shoots into U.S. theaters May 31.

Bautista was at CinemaCon promoting the action comedy “My Spy.” He had been publicly lobbying to have Gunn rehired to the Marvel franchise, and Disney announced the reversal last month.

Gunn was fired last July over tweets from nearly a decade ago in which he joked about subjects like pedophilia and rape. Disney Chairman Alan Horn at the time said Gunn’s words were inconsistent with the studio’s values.

Gunn has since signed on to write and direct the next installment of Warner Bros.’ “Suicide Squad” for the Marvel rival DC Comics. That film is to shoot in the fall and be released in August 2021.

Bautista says he hopes to join that film as well. 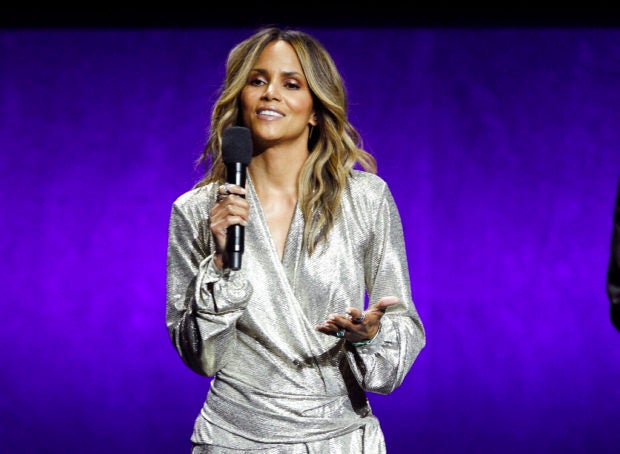 Halle Berry and “John Wick 3” director Chad Stahelski say the actress will be back for the fourth installment in Keanu Reeves’ action franchise.

“Her character Sofia is not going anywhere,” Stahelski added.

Berry and Stahelski were promoting “John Wick: Chapter 3 – Parabellum,” out next month.

The 52-year-old Oscar winner said she relished her preparation for the role of an assassin who teams up with Reeves’ John Wick character.

“I got to train really, really hard, harder than I have ever trained,” she said. “I got to work at these guys one-on-one personally for five, six months. And that kind of training, you can’t buy. And you can’t certainly get to the level that I got to in in five months. It takes two or three years. So I got all of this training under the guise of doing my work. And it was fun! Yeah, I got the intense version and it was amazing.” MKH