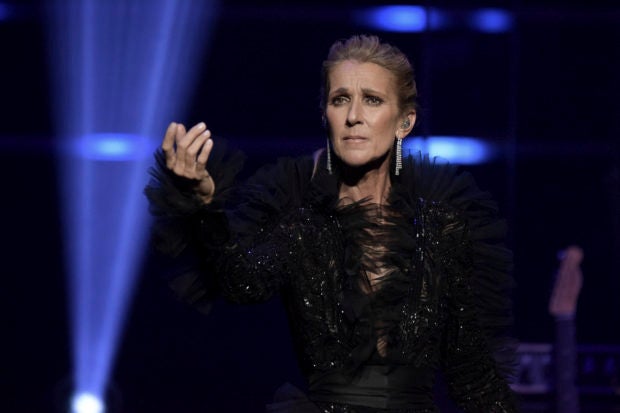 Celine Dion announces Courage World Tour, set to kick-off on September 18, 2019, during a special live event at The Theatre at Ace Hotel on Wednesday, April 3, 2019, in Los Angeles. (Photo by Richard Shotwell/Invision/AP)

LOS ANGELES  — Celine Dion is ending her Las Vegas residency soon, but the superstar singer will keep herself busy by releasing new music and embarking on a new world tour later this year.

Dion told a packed venue Wednesday that she will kick off her Courage World Tour in Quebec City, Canada, on Sept. 18, and will make stops in more than 50 cities, including Miami, Los Angeles, Montreal, Chicago and Brooklyn. The 51-year-old Canadian singer said she is expecting to release “Courage,” her 12th studio album, in November.

Dion performed a few songs including “I’m Alive” and the “Titanic” anthem song “My Heart Will Go On” after making the announcement during a special fan event at the Theatre at Ace Hotel in downtown Los Angeles. She started the event with a video of her hitching a ride from Vegas to Los Angeles after her truck broke down.

The Grammy-winning singer said she felt motivated recently to get back on the road and create music for the first time since the death of her husband-manager René Angélil in 2016.

After more than 15 years, Dion will finish her critically acclaimed Vegas residency at Caesars Palace in June. The singer has toured since starting her Vegas show, but the Courage tour will be her first North American tour since her Taking Chances World Tour in 2009.

Dion called Vegas her second home, but she is ready to take on her new venture. She said don’t expect to see her typical Vegas show on the upcoming tour.

“I was supposed to be at Caesars for a few months and sixteen years later, I’m on the road and album coming out,” she said. “I cannot feel stronger than I feel here. I’m finding passion, finding my team, in control, in charge, feeling strong and healthy. I take care of myself. I’m happy.” /gsg