Why Ronnie prays, ‘asks for forgiveness’ before each flight | Inquirer Entertainment

Why Ronnie prays, ‘asks for forgiveness’ before each flight 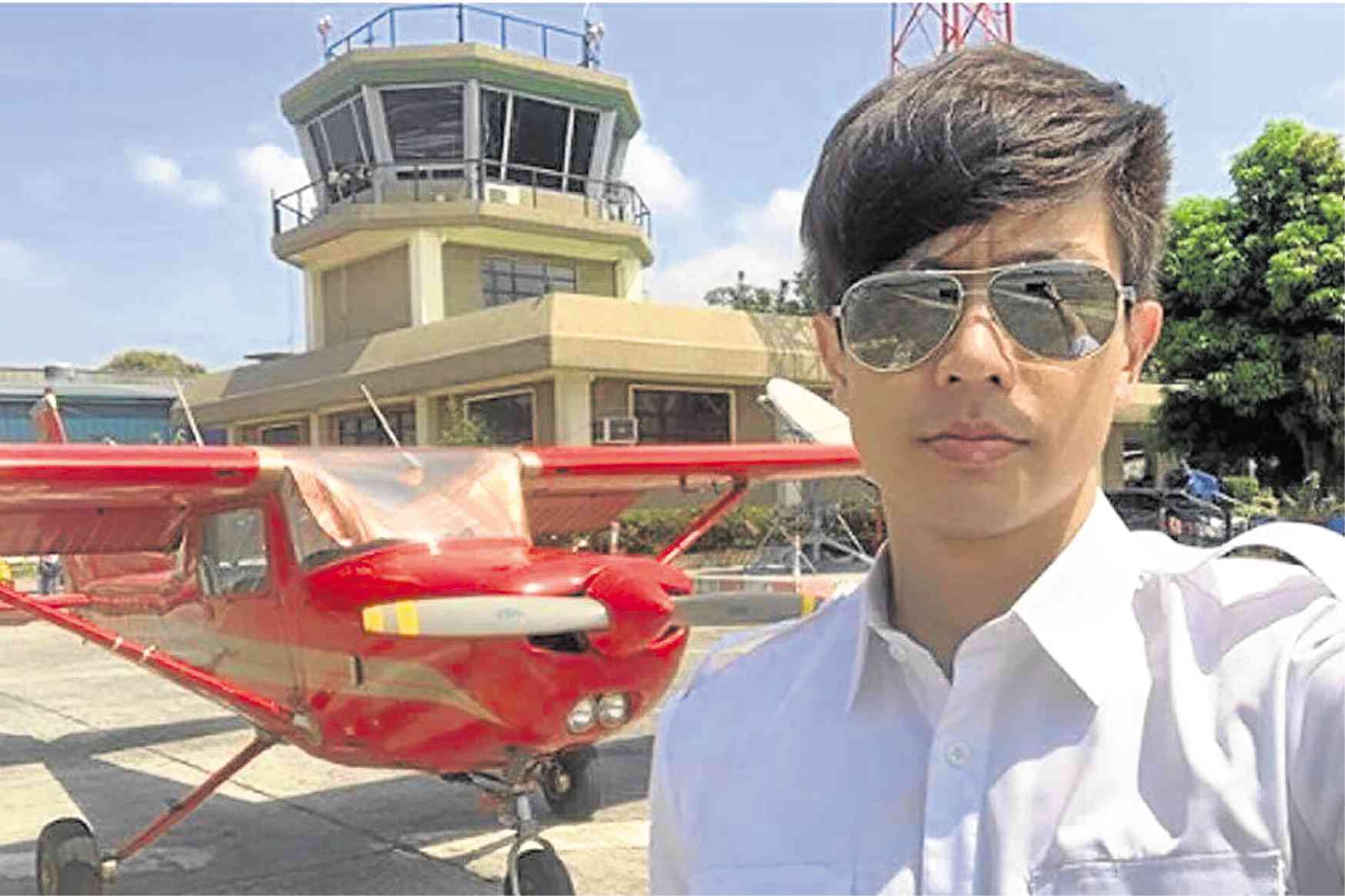 Before becoming a recording artist, Ronnie Liang worked as a water delivery boy, a part-time model, a cosmetic product seller, a crew member at a video rental store and fast food chains, and other odd jobs to make ends meet.

If all goes according to plan, he may add aircraft pilot to his resume in the future. “It’s one of my childhood dreams. And I believe that it’s never too late to fulfill it. So, here I am, taking the necessary steps toward that goal,” the 34-year-old singer-actor told the Inquirer in an interview.

“I need at least 50 hours—that’s my goal at the moment,” related Ronnie, who’s now capable of flying single and double-propeller training aircraft on his own. “To be a commercial pilot, you have to have about 200 hours. Then, you have to undergo further training and pass various tests … But I would love to be one. Why not?”

Ronnie’s first flight—his “baptism of fire”—was a memorable one. He almost threw up in the air. “My flight instructor performed a dip that made my guts turn. Have you tried riding those thrill rides at amusements parks? Imagine that feeling—then multiply by 10!” he recalled.

“But on my second time, I already handled the takeoff myself and controlled the aircraft in the air. My landings aren’t quite there yet, but I’m working on them. Practice makes perfect, as they say,” added Ronnie, who admitted that flying a plane is more difficult than how he imagined it to be.

“I didn’t realize I would be doing math!” Ronnie said, laughing. “You have to do calculations, monitor the flight instruments … the fuel, altitude, etc., all the while being in touch with traffic control. You also have to be mindful of your fellow students, who are up there with you. But the math is the hard part!”

He’s well aware of the risks that come with the profession. And Ronnie couldn’t help but get scared sometimes, especially when he sees news about plane crashes. “That’s why I make sure I pray and ask for forgiveness before each flight—just in case,” he said.

But once he’s in the air and the adrenaline starts washing away his nerves, the feeling, he said, is unlike any other.

“It’s exhilarating. I entered school not knowing what to expect. But when I was finally in the sky, taking control of the plane, I felt happy and fulfilled. I barely blink when I’m up there!” he said.

Should he eventually acquire the necessary requirements to be a pilot, would he leave show biz? “No, I don’t think I can give up singing. I believe I can do both. Perhaps I can do some gigs in between flights or during weekends, maybe sing three to five songs,” he surmised.

He expects that juggling both worlds would be difficult—but not impossible. At the end of the day, he said, we are the pilot of our own destinies.

“We determine what we want to achieve or pursue in life; we have to make our own decisions,” Ronnie pointed out. “Then we push on, no matter how hard. I’m not perfect, but I can say that I always try to overcome what’s in front of me.”