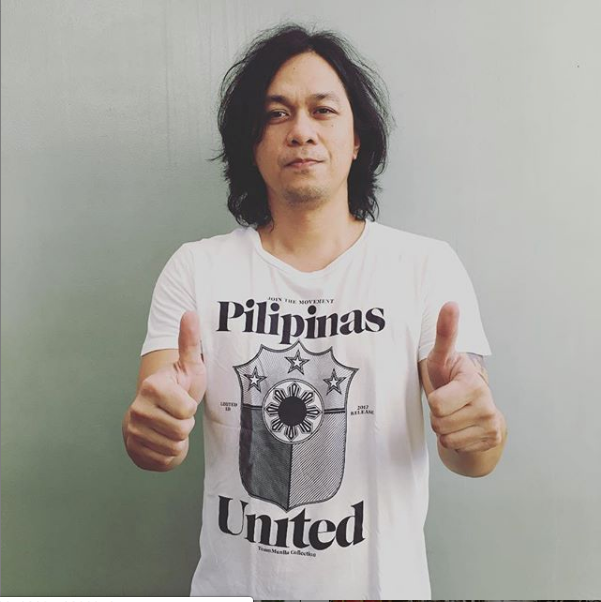 Rock musician Raymund Marasigan took a jab at political candidates who use popular songs without permission as campaign jingles: “dipa naelect nagnakaw na.” (You have not even been elected yet but you already steal.)

The former Eraserheads drummer aired his reminder to voters for the May 2019 mid-term polls in a Twitter post Wednesday night, April 3.

“Whenever you hear an unauthorized bastardized version of a popular song as an election jingle, pls don’t vote that candidate,” Marasigan said.

whenever you hear an unauthorized bastardized version of a popular song as an election jingle, pls don’t vote that candidate.

A netizen named King Audric (@al_dwin) asked the rocker how will voters like him know if a song was authorized by the artist. Marasigan replied that people can check with either the artist and his management, or the Filipino Society of Composers, Artists and Publishers (Filscap).

here’s a few ways you can find out.
you can ask the artist their management or the label.
maybe even filscap.😀 https://t.co/EsAG9nFzBC

Meanwhile, other netizens such as one Rosario fiel (@fiel_rosario) complained that hearing such jingles is annoying as it is widespread.

(If they got the nerve to steal songs, all the more will they steal from public funds.)

During the 2016 election period, Filscap tried to forge an agreement with the Commission on Elections, for politicians to be reminded to seek permission from composers in using their songs for campaign jingles. This would make candidates abide by Republic Act 8293, or the Intellectual Property Code of the Philippines. JB

Family of composers cashes in on campaign jingles