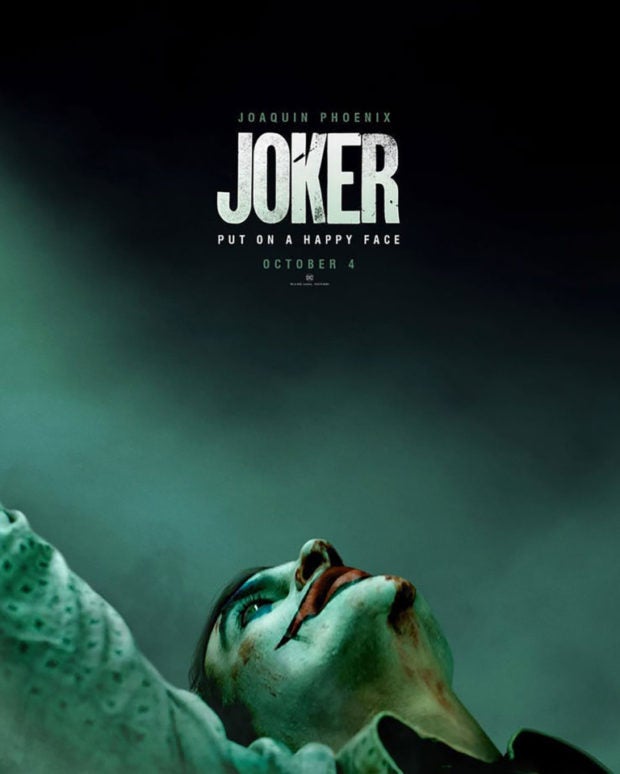 According to journalists present at the screening, the trailer shows Arthur — the Joker’s identity before he became known as superhero Batman’s arch-rival — in therapy, but when he is attacked in the street, the incident changes him forever.

Inspired by the “Batman: The Killing Joke” comic book by Alan Moore, Warner Bros. described the movie a few months ago in a news release as “an exploration of a man disregarded by society [that] is not only a gritty character study, but also a broader cautionary tale.”

A movie poster was also unveiled in the event, featuring Joaquin Phoenix as The Joker and bearing the message: “Put on a Happy Face.”

Captain Marvel vs the trolls

Read Next
The Raconteurs announce new album ‘Help Us Stranger’
EDITORS' PICK
Beyond water service: Maynilad builds massive infrastructure projects to clean up Metro Manila waterways
SM continues to send relief assistance to remote towns in Batangas
PH preps for China virus: Question of when, not if
Seventh judge assigned to handle De Lima case
Museums ‘put to sleep,’ churches closed amid volcano’s unrest
Get exciting deals and discounts when you download the new McDonald’s App
MOST READ
Lacson on Duterte’s threat to end VFA over Bato’s canceled visa: Where is the connection?
Part of Aurora Boulevard in Cubao closed from Jan. 25 – Feb. 1
The humiliating experience that changed Nash’s perception of soldiers
Corruption worsens: PH falls 14 notches to 113th spot in global index 2019
Don't miss out on the latest news and information.